There is a certain irony that only three days ago I posted an article on my blog: “Choosing your words wisely”, recognising this is something I / we need to do, and yet just before and after I was criticized by a number of people for reports I posted on climate change activist Greta Thunberg. My views on climate change are summarized in my recent article: “Climate Emergency”, which recognise we have a responibility to look after our planet but it is unlikely to end any time soon due to man made CO2 emissions. My views on Greta Thunberg, specifically around her recent speech to the UN, which made me feel decidedly uncomfortable, are contained in my article: “Greta Thunberg and her stolen dreams”. 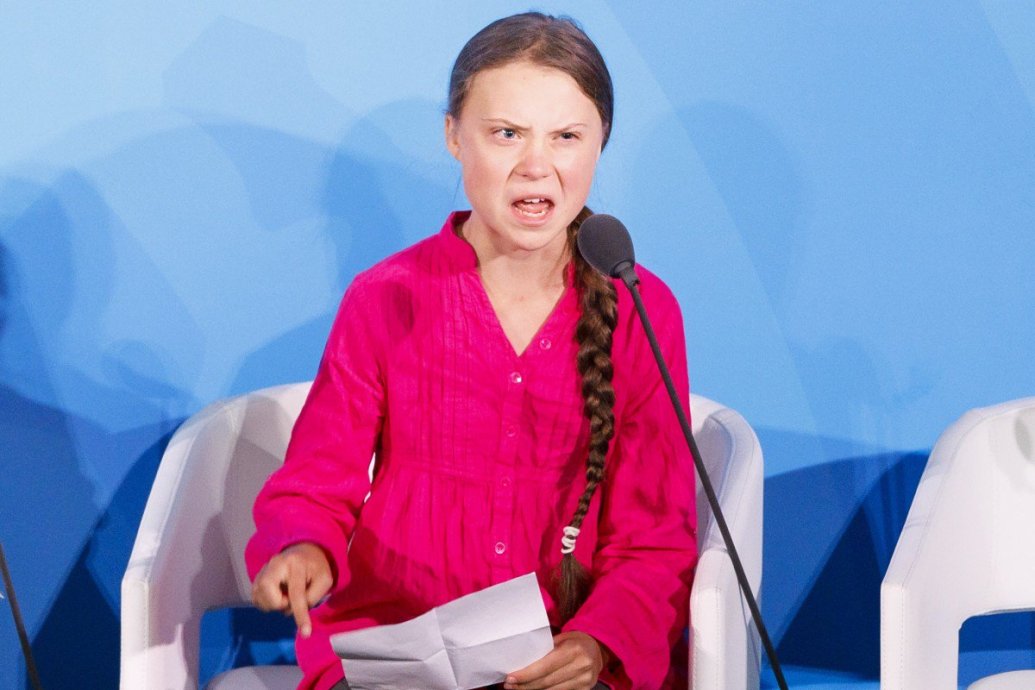 One report, in the form of a video, was titled: “Watch Greta Thunberg Channel Hitler In Hate-Filled Rant” and the other was titled: “If You Can’t Sell Your Hysteria to Adults, Try Kids”. Neither author agreed with Greta’s message and the person who shared the second link made the point if anything Greta was a false prophet (citing Micaiah in 1 Kings 22:19-22 who was the only prophet to tell evil King Ahab the truth rather than the message he wanted to hear, like that spoken by the false prophets). Both authors felt she was being used and their criticism was less that directed at Greta who they saw as a victim and more toward those using and manipulating her to further their own dubious agendas. The first author’s Hitler reference was drawing parallels how Hitler and many after (e.g. consider how teenager, David Hogg was used to push the message of banning guns following the Parkland gun shooting) cynically used and brainwashed children, knowing this would touch the hearts of their adult hearers and would invite less criticism.

I concede of the many reports I could have cited there are many that are more moderate in tone than the ones I chose that I might have used and that my providing caveats like I don’t 100% agree with the views expressed or choice of words used does not necessarily resolve me of responsibilities. It would have been easier for me to simply remove links to the reports from my timeline, but I feel I need to explain why I didn’t do so even though if I had I would have made my objectors happier and for me a quieter life. While there is an ever danger of digging a bigger hole to fall into, I want to explain my thinking: Who the UN or whoever invite to speak at their gatherings is their business but the fact the message was a false one and in pushing it has unduly raised levels of fear e.g. among school children due to the imminent demise of the planet if something drastic is not done now, and incitement to hatred of those who reject that message, along with child abuse – that is my business.

We do live in polarising days as I have often reflected. Brexit and Trump are two examples of what deeply divides people, and opinions on these and other matters form part of the culture wars we are in, whether we like it or not. Admittedly it is rarely that clear cut but there are: the nationalist leaning, right wing, reactionary types who care about the economy and national security who are being pitted against globalist, left wing, liberal types who care about social justice and celebrating diversity. While I am often placed in the former group, I am also passionate about social justice and try to put my money where my mouth is, making me somewhat of an enigma. But I was more disturbed to find good Christian folk, including those who share my Christian views, who actually felt Greta was doing good by speaking as she did rather than harm. If we are talking fear, there are many other causes for fear but the fear that needs to be taught but to do so will invite condemnation – is the fear of God (grace taught my heart to fear and fear relieve). As I reflected, I came to the view they like me are at best unprofitable servants of the Lord, and while I feel the need to call them out it is not my place to condemn them or claim I am better than them.

I recognise the dangers I observed when I was much younger, when older people who believed along similar lines as I do now, became obsessed, bitter and twisted and instead of gently coaxing people to believe / do the right thing, alienated them, often without realising it. I believe sharing the Christian gospel and doing good for my fellow human with a minimum of words is also very important. But sometimes not to speak out is tantamount to allowing falsehoods to go unchecked and cause harm. As I continue to reflect, my point of criticism is not Greta but her handlers and those who use her as their mouthpiece to get us to turn to wolves who are dressed in sheeps clothing and my challenge is to those who have been taken in. While I will continue to question my actions and open to be taken to task, I felt I was doing the right thing even if others disagreed.