It has been a while since we visited the Gulshan restaurant, on the Sutton Road, opposite the Greyhound estate, but following the morning service at our church around 12.30pm and, having nothing special to eat at home, we decided to make the tiny detour on our journey home to stop by either the KFC opposite or at the Gulshan recalling, previous positive experiences, for Sunday lunch. 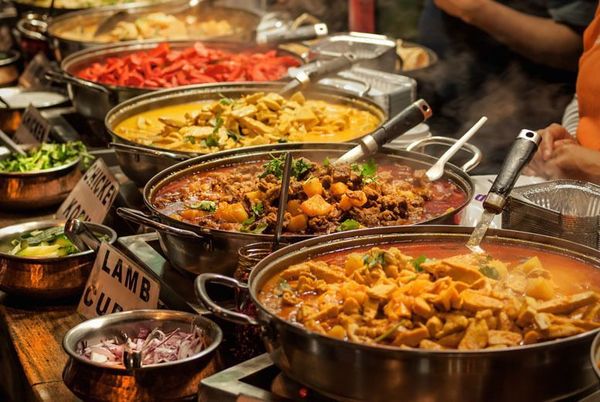 We opted for Gulshan, noting on this occasion it wasn’t going to be one of those spend a lot of time at venues and we both had a good idea of what we wanted, knowing service would be swift since it was from a self-service buffet, which surprisingly had many dishes on offer, although not fish or shell fish, which seemed fair enough. It was quiet when we arrived but quickly began to fill with I suspect mostly regulars. While I could only count two waiters on duty they seemed to cope well and were pleasant and efficient. The cost was £7.95 pp, which given what was on offer was surprisingly good value; after taking into account my wife’s cup of tea and my pint of Kingfisher lager came to just £23, and did not begrudge a £5 tip. 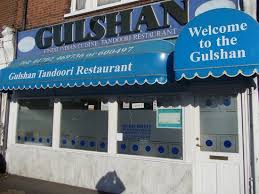 I mention Gulshan again, who I note do take aways and deliveries as well as evenings, because I was pleased with the food. Except for one item which I put down as ordinary, every dish we sampled was very good. Even though I regard myself as an Indian connoisseur, I discovered a new dish involving Bombay potatoes and spinach that I was taken with. We passed on the poppadoms to start with given there was going to be lot in the buffet we liked and more than we could handle. We both adopted a strategy to go up for an array of starters and come back for the sort of mains one is accustomed to visiting anglizised Indians like these, all very nice. While not over indulging we were full enough at the end, leaving us to settle up along with complimentary hot towels and chocolate.

I’m glad we made this spur of the moment decision to this nearby, unpretentious but pleasant restaurant, and look forward to our next visit to a restaurant that is not far off from getting a full 10!

Update: Having posted this review, I realsied I reviewed Gulshan 20 months ago (see here). What happened then, including dishes selected were pretty similar, and with the same level of satisfaction!