Little did I realize after I posted on what is a huge subject, yesterday, I would be posting a sequel today. Not only did I come to realize there are loose ends to tie up but it is a subject where Christian leaders do not necessarily sing from the same hymn sheet, as was shown when a friend posted in response to my article on Facebook this: “Over 7,000 Pastors Admit They Don’t Follow Jesus”.

From the title I thought this article is another case of church leaders rejecting the main tenets of the faith, but reading on, I saw it was saying something quite different: “Over 4,400 pastors signed John MacArthur’s “Anti-Social Justice Proclamation” a few weeks ago. Over 7,000 have now added their names to that statement, making it crystal clear that they do not follow Jesus in any way, shape or form. One of the most troubling statements they all agreed to was this: “We emphatically deny that lectures on social issues (or activism aimed at reshaping the wider culture) are as vital to the life and health of the church as the preaching of the gospel and the exposition of Scripture.” If that isn’t sad, I don’t know what is”.

I strongly disagreed on the rather pedantic grounds that I doubt ANYONE follows Jesus 100% and who is the author of this hit piece, or any of us in fact, to say all what is involved when it comes to following Jesus? I suspect it comes down to the perfect church NOT existing and no one church has it all! While I can guess what stirred MacArthur, a man I respect for sound Bible teaching but whose approach I am not entirely comfortable with, and the 7000 pastors who signed, I need to know more. The message that pastors should be proclaiming is not an either / or one. They should be expounding Scripture and preaching the gospel (and I would suggest that that should be their first priority) but social issues and doing something about them does matter since we are called to love our neighbour. But then again I probably agree with MacArthur that this is less vital to the health of the church and therefore my inclination is to sign, on the basis the Great Commission is about making disciples of Jesus.

My own church is far from perfect but like MacArthur does prioritise the preaching of the gospel and the exposition of Scripture along with more traditional churchy stuff, like praying and activities for the young and young, and likely does not do enough when it comes to lectures on social issues and doing social action. In fact, I find the emphasis helpful as it informs my community activism. I try not to get involved in criticizing other churches especially, even by my own admission, my own church may be lacking. For example, this week a number of churches in my town have been involved in an initiative to tackle modern day slavery, and yet the likelihood is this is NOT an issue that has gripped most members of my church. Some will see, with good reason, the emphasis being increasingly placed on social justice issues and de-emphasis on old fashioned gospel preaching by many evangelicals as a modern form of communism, and at odds with the authentic Christian of transformation through the gospel.

In my four years attending the church, a number have joined having tried other churches in the town. A common complaint is they have heard homilies amounting to a mixture of pious platitudes, woolly sentimentality and thoughts on social justice and little on preaching of the gospel and the exposition of Scripture, which as far as my church goes does address vital issues like sin, repentance, holiness, righteousness, judgment and salvation. Dying to self, daily taking up our cross, being doers of the word and not hearers only, loving our neighbour truly and being fired up for God matters at least as much, making the issue of what constitutes following Jesus an interesting one, and is not one I wish to or feel qualified to judge on. 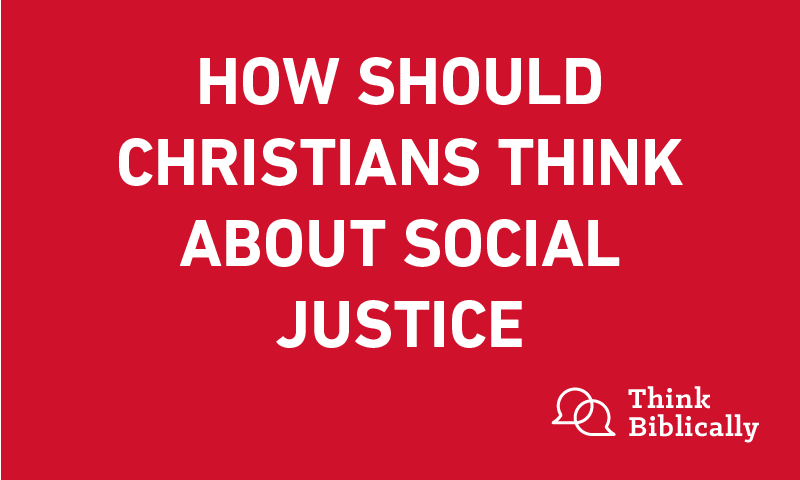 Before tackling the question in the meme above, I like to think I have earned the right to pontificate on the matter. After all, I have been particularly involved in social justice issues for these past 20 years, in projects and initiatives covering areas like Mental Health, Community Cohesion and Homelessness, and besides making notable headway in these areas, I was made Southend Citizen of the Year in 2016. I should add I am nothing special in this regard and I have met many fantastic community activists, of all faiths and none and of all political positions. I have also done little in the way of campaigning or aligning politically (and advise churches NOT to go down that route) but have engaged with politicians of all shades and special interest groups in order to win the end game.

How I made the transition from being a member of a church whose focus was on the world to come, that would have likely endorsed MacArthurs Anti-Social Justice Proclamation to that of a Community Activist, working with all and sundry, who sees his role as needing to go “Outside the Camp”, tackling the issues of the day and dealing with all and sundry, is described in my book with that very title. As a teenager I was dissuaded by my church leading lights from social and political activism, seen as more of interest to those dastardly liberals who water down and deny the gospel, and needing a new interest. But from my twenties I began to read up on the subject of social justice and find from a biblical perspective how individual Christians and the church collective could and should act.

One author who influenced me to believe you can and must proclaim an un-watered down gospel but also be active in seeking to address a wide range of social justice issues was John Stott, who was widely respected by most evangelicals, including those with narrower minds on the subject, such as my early mentors. I probably did not get much involved in social activism until my mid forties but did my “share” of church activities e.g. working among young people and tried to be a good neighbour etc. It seemed to me though that historically Christians have always been involved in social activities as evidenced, for example, in their pioneering roles in health and education, especially on the overseas mission field. One of the longer term failures is many initiatives whose remit was holistic often tended due to external pressures to later ditch its spiritual roots, which I see NOT to be following Jesus in the way they should.

If I have a message to fellow Christians, especially of the Evangelical variety, it is important they stand firm on matters of faith and not to compromise unnecessarily in order to more widely appeal to those who hold the purse strings. At the same time, they need to recognize there are many social injustices, even on our door steps, noting the needs and opportunities, and seeking wisdom on how to prioritize the issues and best deal with the challenges of a broken system. Going back to the days before the welfare state (in the UK) the church led the way in addressing issues nowadays many expect government to address. The truth is there are many gaps and the challenge is how the church can help or failing that how individuals play a part outside the church. There is also the matter of what the church should be doing and what individual Christians should be doing, given many other things we should be attending to, and social activism alone will at best make a small dent fixing the problems.

The big question is how we (the church) should go about addressing issues to do with social injustice, which is sadly all too rampant in our society, and at the same time achieve a fair balance between the spiritual and secular and our calling, but that is for another blog.