The renowned church historian David Bebbington has stated (check out here) that the four main ideas that evangelicals subscribe to are: 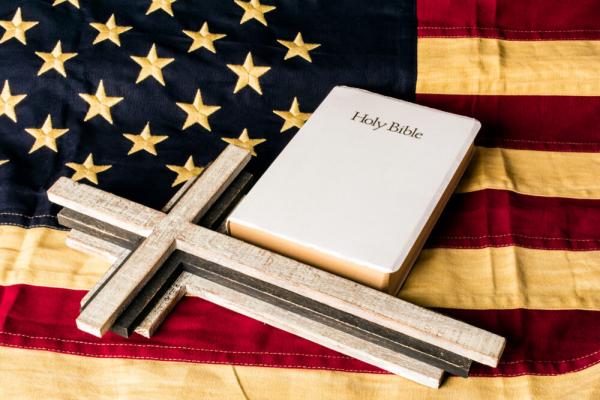 In his article “White Evangelicals Have Won Political Influence. But at What Cost?” Jason Coon argued evangelicals (the good sort anyway, unlike those he was having a pop at) have always included in their ideas about activism, not merely winning souls for Christ but social concern e.g. how they treat immigrants (actual and wannabe). Two of his soundbite headlines, giving some insight into what the author believes are “This bizarre marriage of religion and politics on the right, however, is much more sinister because it threatens the very heart of Christianity from within” and “If evangelical Christianity is to survive the next decade, it must extricate itself from its obsession with political influence”.

Earlier on, a friend who knows my views pertaining to what the article covers and often disagrees with me, asked me and others for their opinion on his Facebook page, and what followed was a lively debate where varying views were robustly shared but no blood was shed. I don’t intend to specifically dissect the article, which I saw akin to the proverbial curates egg: something that is partly good and partly bad, as I want to focus on the link between evangelicals, social concern and political participation, which is something right up my street. His focus was on USA evangelicals and in his articles he presents statistics that I am neither able to verify nor deny, not that it matters, since I want rather to present a personal perspective.

Alarm bells begun to ring as soon as I read the first word – white.  Those who follow me know how much bringing race into a sensible discussion about social justice irks me as being an unhelpful distraction. I have no doubt racism still exists and the USA has had an unfortunate history of white supremacy but I like to think these days most are like me and couldn’t care less the colour of a person’s skin. Unfortunately, the subject of racism is often raised by liberals to shut down debate and by not conceding that is true, the author does a disservice. He obviously thinks white evangelicals approach the political influence question differently to blacks, but having heard many black American CONSERVATIVE Christian voices in recent days is a matter I would wish to challenge. In my own small neck of the words – my church that has a number of black members, I find their views are closer to the crowd the author wishes to take to task than my white liberal friends who have a beef over Donald Trump’s immigration policy.  And that is just the first word of the article, for I could go on! But I wish now to turn to the subject of the hour, controlling (or not) the influx of those seeking entry, usually without acceptable reasons, to the USA, over its southern border.

As a more than part time community activist for these past twenty years, I have spent a significant amount of that time practically supporting asylum seekers in the UK and in doing do have criticized both Labour and Conservative governments from poor policy making to lack of compassion. It is one of the reasons I am a political neutral, even though right now I prefer Donald over the Squad, Boris over Jeremy and the yellow vests over Macron, for reasons I argue elsewhere, but it never gives any of them the carte blanche to do the wrong thing. I also recognize Christians can be found leaning toward many differing ideologies, all of which are flawed anyway, as God is never given His rightful place in any of them, and while I offer views, like I am doing here, it is usually not my place or that of church leaders, to insist folk support particular politicians, and I support people of many political persuasions.

It may be simplistic to say so but it seems to me evangelicals gravitate to one of two camps. They either focus on traditional marriage, pro life, religious liberty, secure borders and the rule of law, or on social justice, helping the poor, taking in immigrants, tackling climate change and encouraging diversity. It should not be either / or but it often comes across that way when I hear people speak on these matters. Regarding the USA Southern border crisis, and it is a crisis as the numbers seeking to enter the USA illegally and once entered go underground spurred on by an assortment (including some evangelicals) is too many for the system to handle, and something needs to be done. Depending which of the polarized main media or Democrat / Republican supporter you listen to, you are likely to reach quite different conclusions. Of course we need to take care of the foreigner, like our own, just as Leviticus, Numbers and Deuteronomy tells us to, summed up in the great command to love our neighbour, but the main duty of government is to maintain law and order, albeit exercising compassion within that remit.

I won’t say the Trump administration does everything right but in my opinion they are doing better than the Democrat controlled legislature whose main contribution is to lie and add obstacles. Perhaps Mr Koon should ponder this before having a pop at white evangelicals, who if my experience is anything to go by do as much as any to practically address legitimate social concerns.