When Donald J Trump came to my attention three and a bit years ago, when he put his hat into the ring to be US President, I little realized what was to transpire, especially once he did become President, but then no-else did either. One thing that did surprise me though was the vitriol directed toward him, unlike with previous incumbents, especially by “the Swamp”, that seems as intense now as it was then. I confess then I was NOT a Trump sympathizer and could identify with some of the anti-Trump sentiment. Even now some of my “pillar of the church” Christian friends are decidedly anti-Trump, and a few think he is evil. In truth, the only one who can make such a call is God and He will do so on judgement day. 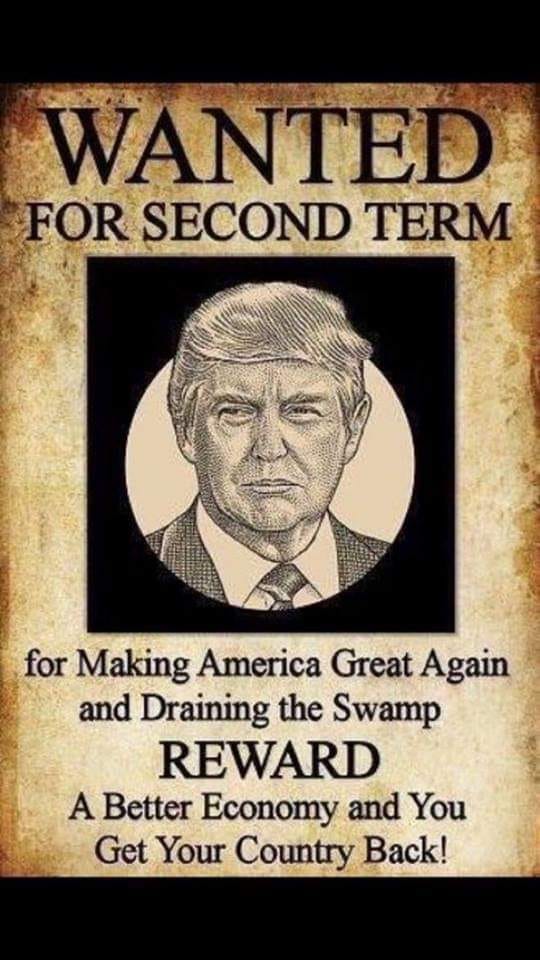 One of my all time favorite books is “The Lord of the Rings”, which reflects on a world where the forces of good and evil are in conflict, but where good wins in the end, and against all the odds. My own biblical understanding is that is how it is in the real world and when I read the yet to be fulfilled prophecy of Revelation, I also find good wins despite all the evil. The war between good and evil in the world today is one that intrigues me and is a subject I can’t be silent. The challenge I face as a gospel preaching, community activist, is to recognize where my priorities lie and not getting distracted. It does not include my necessarily defending Trump, even though I have written an ebook titled: “Donald J Trump – bad, mad or good?” concluding that just as he like the rest of us, is somewhere on the good, bad/mad continuum, he is nearer the good rather than end. Evil is like very, very bad and is a description most reserve for very few, even though most of us recognize evil is in the world (it has ever been thus) which we try to identify what that is and do our best (assuming one happens to be one of the good guys) to combat it.

Trump is not perfect and that is an understatement. When looking at even recent history it is possible for all of us to identify a number who are evil. As far as Trump is concerned he is nowhere near being in that category and at the risk of being accused of whataboutism he is less evil than his four president predecessors and most of today’s senior politicians (both sides of the aisle) and many elements of the Swamp, which I will get to. The archetype epitomy of evil is Adolf Hitler who was responsible for murdering 6 million Jews plus others seen as a threat. Why God allowed this is an imponderable as is whether any good came about as a result. Also disturbing is that with few exceptions the church was silent when the rising tide of evil became all too apparent and when it did it was too late to do much about it. Yet just as God raises up good leaders (which I believe is what happened with Trump) he also raises up the bad.

It is easy to find fault in Trump because they are glaring. Despite my disappointment, I can sympathise with my Trump fault finding friends because swamp creatures resist their habitat being drained: mainstream media, political leaders, especially Democrats but also some Republicans, Hollywood, Academia, elites from many different spheres in society, the Deep State, the hidden hand and the forces of darkness, all contribute to impressing on the gullible that Trump, character wise, lies somewhere between bad and evil. Before I refute this assertion and argue the point that Trump is not only NOT evil but is also doing a significant amount  to resist evil, I want to give my list of some those areas where he is at fault. I also want to point out the battle is essentially a spiritual one, and there is much we don’t see, for if we did our opinions would change.

He has done more than any #whatabout personality I can think off in exposing who are the real evil doers and curtailing their efforts. As for faults, and he is no more endowed with these than any of his predecessors, this is more to do with foolishness than villainy. Because this is work in progress that could be reversed if Trump were not returned as President in the 2020 elections, I believe for the good of the country and the world that is looking on it is important that he is. Putting aside important matters like the economy, where he has been successful, Trump rather than being evil has been instrumental in turning back the rising tide of evil, becoming a rallying point in a anti-globalist populist uprising and waking people up to the wiles of the globalist elite to enslave us. While the notion of populism raises qualms in some who feel the emphasis should be on tackling racism, climate change and social injustice etc. I would argue that by lifting the shackles and freeing the people these concerns can also be better addressed.  I also maintain Trump is acting as a catalyst for revival in the church.