One of the sad things about being involved in helping the homeless is when homeless people I have got to know and often build some rapport with die, often before their time. But recently two people who had been, up to not long before their death, helping the homeless folk staying in the night shelter I am involved with, have sadly also died. One of these was Julian Ware-Lane (see here) and the other was Ron Scott (pictured below), whose death was announced in the past week. Reflecting on the passing of such stalwarts is a sobering experience and shows how transient life is. 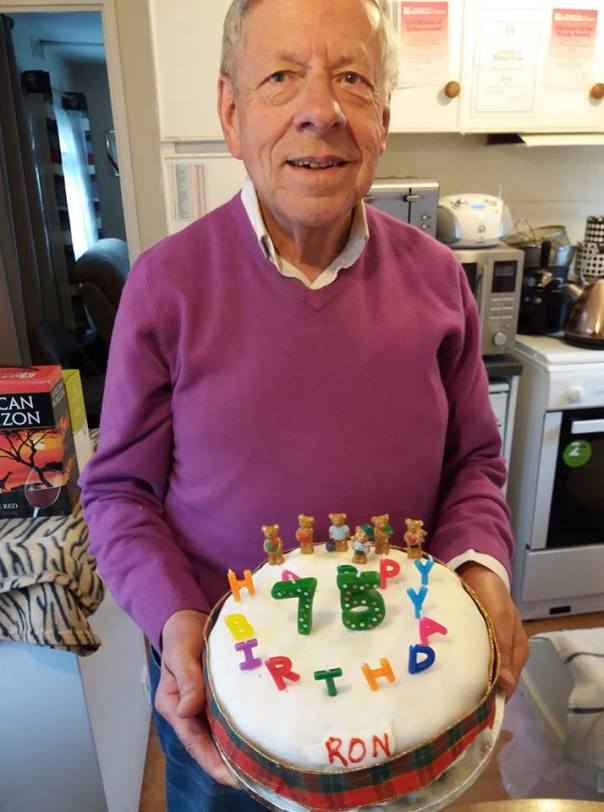 Two days back I sent out an email to the volunteers at the shelter Ron volunteered at: “It is with sadness I have to inform you that Ron Scott passed away on Monday. He has been a volunteer with our shelter these past three seasons and helped at the early part of this season. He became unwell just before Christmas and was a short while back diagnosed with cancer. We really appreciated Ron among us and his winsome way such that got along with everyone. I can picture him doing the washing up, where he was in his element. Our thoughts and prayers are with his friend David and other of Ron’s friends and family”. Ron clearly had made an impact with night shelter volunteers (and I daresay guests too) and this was evidenced by some of the generous responses that were received, revealing fond memories and deep sorrow at his passing.

There is much about Ron and his life I know little of but it was evident when a few weeks before his death I visited in hospital that he did have a network or friends and family who loved him. I got the impression he was a conscientious, considerate and reliable sort and with his unique way and resolve to help out as he felt best, with a quiet, unassuming, kindly, gentle demeanor, who could be classed as a true gentleman. I smile thinking of his precise way of going about things and his attention to detail (which I recall kept me on my toes). My interaction with Ron has been mostly due to our both helping out at the homeless night shelter with its end goal to help rough sleepers toward a better place. As I have seen, he will be missed by many. I understand a Requiem service will be held for Ron at St Nicholas Church Long Road Canvey on Thursday 28th March at 9.30am and the funeral service will be at St Clements Church Leigh on Sea on Friday 29th March at 1.30pm. Ron asked for no flowers. Donations may be made to 1) Essex Air Ambulance or 2) Cancer Research or 3) Royal National Lifeboats Institute.

Update 29/03/19: Today we attended Ron’s funeral. There was a good turn out by those wanting to pay their respects. It was a lovely service and gave the chance for those like me to say their fond good byes to a man that was much loved and who gave much love.