I’ve been meaning to do this post for some time. One of the main reasons preventing me is I have a lot more digging to do, for having gone the rabbit hole I realize there are many twists and turns to explore. When recently I shared an article on my Facebook page: “Tens of Thousands Of Scientists Declare Climate Change A Hoax” I was taken to task, which I took as fair game, but this did help spur me to write as I do this stake in the ground posting. 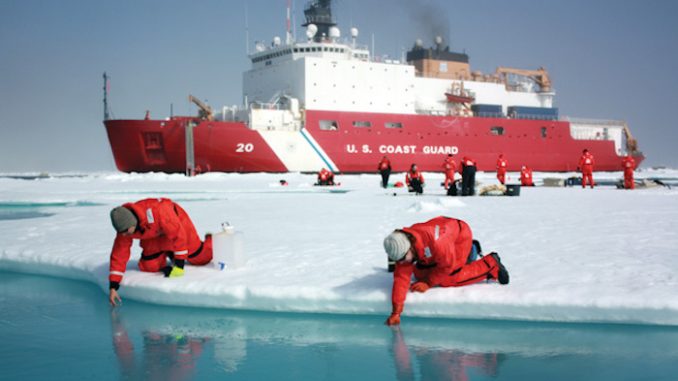 While I recognize climate change, and in particular global warming, is real and must not be ignored (but how significant, I have yet to reach a fully rounded view) there are many other important matters I focus on ahead of this, e.g. Culture Wars, Globalism, the Gospel, free speech, pro life, social injustice and of course Brexit. My last post was to do with the biggie of the hour: Brexit (see here), which for some is the biggest issue facing us at this time, but not everyone agrees, e.g. one friend who fearing the catastrophic danger to the planet if the issue is not addressed wrote: “Far more important, is climate change. Three weeks after the United Nations issued a sobering climate report that called for “rapid and unprecedented” changes in energy use, a study examining ocean temperatures suggests that global warming could happen at a faster pace than previously believed. The study, published in Nature Wednesday and conducted by researchers at Princeton University and the Scripps Institution of Oceanography, estimated that the world’s oceans absorbed 60% more heat energy between 1991 and 2016 than previous studies have indicated. That could indicate the Earth is warming faster than scientists have been estimating”.

I have a lot more research to do before coming to a view as to the extent of the climate change that is taking place, the likely impact this will have on the planet and the measures that need to be in place in order to stop the worst effects of climate change that is a result of human activity, and maybe be this will be a follow on to this post, although I admit to my limitations and priorities. There is little doubt the overwhelming consensus, including by among the scientific community, is that climate change, in particular global warming, as a result of human activity, is real and is preventable and because of the impending disaster steps need to be taken, but what steps? I am mindful last week of the children who bunked of school in order to protest climate change and the vitriolic exchanges between President Trump and Speaker Pelosi, with the former emphasizing secure borders and the latter climate control. These are two of many images before me why I need to wade in with a view, albeit with the caveat that these deliberations are work in progress.

It does seem to me, and if there are two sides to the debate, that the issue of paramount importance is one of truth, but what is the truth on this vexed question of climate change. While confessing to not having a fully thought through definitive view because I have not sufficient examined all the salient evidence, I do have a view and significantly as far as this article is concerned, concerns that I feel I should air. The first is that it bothers me that our children may be indoctrinated. While supporters of more stringent climate change prevention measures may laud the passion of our younger generation, there are many other important issues and they are likely being fed one side of the argument. There are those with credibility who have questioned the simplistic statement that what is needed is a drastic reduction in carbon dioxide emissions and robust and punitive measures to ensure this, their voices are rarely heard and when they do show their heads above the parapet they are often viciously shot down. While Trump can be taken to task on many things, secure borders and protecting the environment are not either or issues and both need to be addressed. While some may despair at his fixation with promoting fossil fuels and withdrawing from something as important as the Paris Climate Change Accord, I am not convinced these are necessarily wrong decisions, although environmental concerns and the need for a right balance remain.

The issue for me is not so much dismissing the overwhelming weight of scientific opinion but more one of over extrapolation and ideological indoctrination in the light of the major decisions that can be and are being made. It seems wrong to me that the USA economy should suffer and emerging economies like India and China should not to anywhere near the same extent, and I also question some (but not all) the steps being taken to ensure a CO2 emission reduction. I worry about the globalist and socialist agendas and that to do with controlling all aspects of human life through regulation and more taxation, and it is those calling for these things who seem to be shouting loudest about climate control. I worry about the cost of energy, which invariably affects the most vulnerable members of our societies. I worry when those who should loudest on these things benefit most financially from an alternative energy agenda. I worry that in focusing on climate change, we may be losing focus on other issues that also affect humanity, and thereby lose balance.

I suppose what I am saying, is while I am all for protecting the environment and our planet, which was mandated by the Almighty for human kind in the first chapter of Genesis, I am also bothered that fact is not always separated from fiction, of the tendency toward avoidable and more polarization and that the move to more control could have a detrimental spiritual, social and economic affect.