During the week just gone a friend, who along with her husband home school their children, shared a concern that if not resolved could create difficulties down the line. It was to do with the curriculum they followed and the assessment carried out at the end that partly equated to GCSEs and A Levels. Up to recently there was no issue and the outcome of that assessment would be widely seen as on par with what is being offered in most schools e.g. in obtaining entrance to university and employment. But recognition is being or threatened to be withdrawn and if unresolved will have implications for suitably qualified children holding unrecognized qualifications.

It got me thinking because this is yet another example of the effects and intensification of the culture wars which might and does threaten those Christian parents who not only view faith as an essential consideration in their children’s education but who are prepared to buck “the system” by sending their children to Christian (often independent) schools or home schooling their children (see here for my article on home schooling, which is also close to home given there are three families at my church that home school their children). But rather than focus on this particular example, I would like to widen the discussion to cover education, indoctrination and safeguarding, but first I will begin with two quotes. 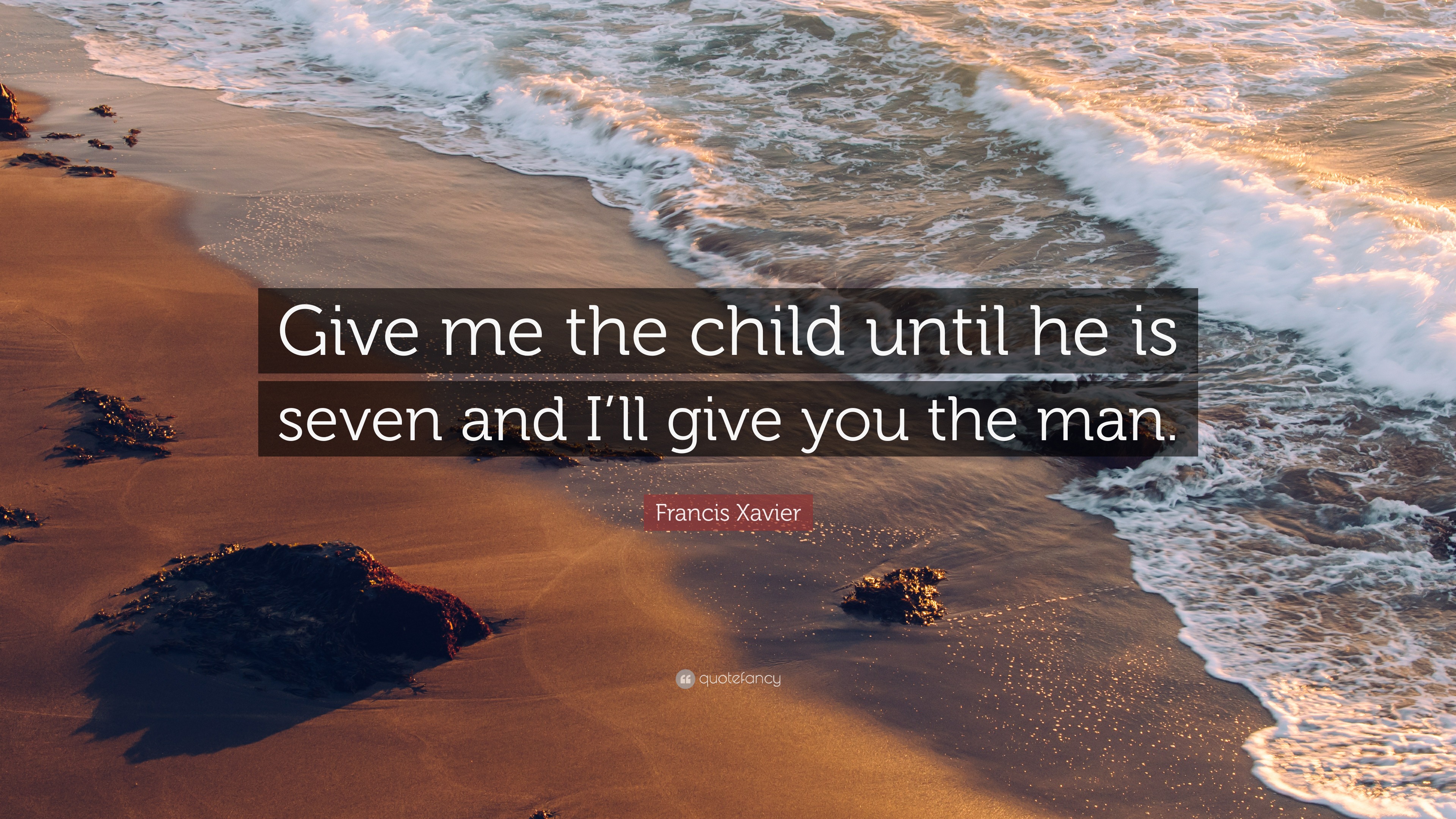 It happens I tend to agree with St. Francis Xavier and because that observation is widely shared children become the target of those (including and especially government) that wish to indoctrinate even more than they wish to educate them. Besides being an admirer of Dr Samuel Johnson and his thirst for knowledge and understanding in the broadest of terms, my own view on education is based on Bible texts like “the fear of the Lord is the beginning of wisdom, and the knowledge of the Holy One is insight” Proverbs 9:10 and “train up a child in the way he should go: and when he is old, he will not depart from it” Proverbs 22:6. I realize that there may well be a fine line between educating and indoctrinating and while my friend may be accused of indoctrination in wanting a Christian based curriculum for her children, our secular authorities do the same e.g. in relationship and sex education, teaching of evolution and surrendering to Islam. At this juncture, I wondered if I should find articles illustrating this point, but other than pointing to articles by Christian Concern and the Christian Institute (here and here) for now I will pass. As schools often are one sided when teaching on these matters and for the sake of balance to at least offer a perspective that discontented Christian parents might identify with (surely what education should be about), those same parents, often at considerable cost, decide to opt out.

I am a parent that sent our son to state primary and secondary schools. I do not regret that decision but feel lucky insofar he was taught in a safe environment, in schools that maintained high academic standards and that upheld the importance of good manners. We tried to complement what we felt the schools lacked e.g. spiritual education. If put in the same position now I would likely do the same but pay more attention to what went on in the schools. It became apparent after my son had negotiated his good primary and secondary schools he was exposed to questionable values which if I had known might have wanted to compensate for.  I quite get it though when other parents, especially if they weren’t as “lucky” as us in being able to send our child to good schools, might want to opt out of the state system. Given trends in the culture e.g. acceptance of Islam and the transgender issue we are likely to see state sponsored brainwashing on the increase meaning even more we cannot trust schools with our children.

Rightly, safeguarding is an issue because it is evident that too many children are abused, physically and in other ways, and understandably the State may feel the need to step in, including compensating for what is missing in some homes. Given the amount of sexual exploitation that has come to light in recent months it is quite evident that too often the State has failed and got their priorities wrong or adopted an ideological stance that is at odds with what Christians believe. While there are concerns, like what we begun with, at least parents in the UK can send their children to independent Christian schools or home school them, although I would like to see more encouragement to parents who for good reason wish NOT to have their children educated in state schools and when children are, when it comes to the teaching of religion and values, parents should be allowed to opt out of those lessons. This is not the case to anywhere near the same extent in several European countries as one article “German parents go to court after police seize kids over homeschooling” illustrates.

Education, Indoctrination and Safeguarding when it comes to our children is too an important issue to leave to the powers that be to do what is right (and too often they do fail our children). I salute those parents who rightly ask questions and take responsibility.