Nearly ten years ago the subject of whether to home school our son arose as we contemplated his transition from primary to secondary school, and I wrote about in “A Parent’s Guide to the 11-plus”. 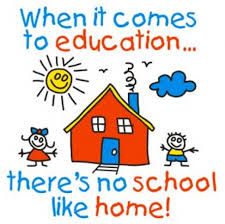 The subject has rarely gone away, since I come across from time to time those parents who choose to home school their children, listen to their reasons and observe first hand the results of their decision. Given I tend to hang out with more conservative leaning Christian (there are a number of families in my own church that home school their children) this should come as no surprise. While home schooling does attract those who attach a lot of importance to religious certainties, and this affects their child’s upbringing, it should be noted that a good many families who go down this route do not do so for religious reasons and are not religious themselves.

It got me thinking of the whys and wherefores. Like most parents we opted to have our son educated in the state system, which did a better than adequate job. But I did feel that we were lucky with our schools. It could have been different e.g. if he was unhappy at school (which sometimes he was) or he was been taught stuff we disapproved off (which sometimes he was). But all in all we did not regret that decision. Perhaps my bigger regret is I did not carry through enough the maxim that the parent should be the child’s main educator and that it was a too easy to do a cop out and relinquish that entire responsibility to the so called professionals.

I have no doubt that much could be researched regarding home schooling and if I had the time and inclination to carry out such research I would be writing something different to what is more my gut reaction to the home school phenomenon. I suppose my bottom line for when my child went to school was that good manners, a safe environment and academic standards be maintained, which we believed was in the main the case, and if it hadn’t been we would have seriously considered the home school option.

Sadly, schools today have tended not only to lower standards of discipline but have become ideological battle fields, where the wrong (from the point of view of many home schoolers) ideology is being pushed. It is one thing, for example, to use schools to promote British values but what are these and who decides? The issue of sex and relationship education and now with the (from the point of view of many home schoolers) transgender confusion, or things like pushing evolution and denying creation, fallacious religious teaching, or a philosophy of education more to do with passing exams, are all matters of concern. I get it that government might feel compelled to compensate for what some parents fail to do, or impose a curriculum onto schools that is more to do with making what they consider useful citizens / workers but I do not accept they should inflict an ideology on our children that conflicts with my own. At least schools should try to present the alternative views in a balanced way and reinstate the lost art of critical thinking. The vexed question of overreach by the state remains a controversial matter not yet resolved and is one which home schooling highlights.

I am glad though that in the UK at least people are allowed to home school their children although I would like to see (but don’t expect) more encouragement for those who opt to do so. I fear in the future this may not be the case and we go down the path of some countries in Europe where the state insists on having that responsibility, riding roughshod over parents, or where restrictions are imposed to deter home schoolers. I believe the parental rights on the matter should be sacrosanct with minimal restrictions to ensure a child receives a certain level of education and to deter bad parenting. My broad observation of children that have been home schooled is that it has been in the main a positive experience and often culminating in a higher than average academic attainment and social skill level.