The matter of paying taxes is something we all have to face and it is likely that even if we accept it is the right thing to do it is not what we want to do, especially if the tax system is unfair or corrupt or we can find ways to avoid paying taxes. Just like death, paying taxes is an inevitability, although the amount of tax may not be. 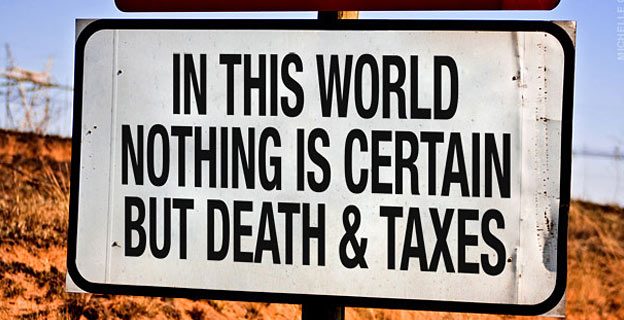 Going back to my mid teens, when my politics were decidedly left, I liked the idea of taxing the rich so that the money extracted could then be given to the poor, who I felt had a raw deal in life. Later I came to realize that creating wealth as a result of less taxes and regulation was a good thing and big government (as a result of increased tax revenue) was a bad thing. When it comes to social action, my observation is that often government is least effective in so doing. I would rather people hang onto their money, than give to government to squander. While I could not return to my Labour roots for reasons articulated (here for example) neither could I become a fully fledged Tory, since my experience has been that the notion that people with more disposable income would use this to help the needy and less well off, too often did not happen.

When I started my own business (as a computer consultant), which ran for 14 years and was relatively lucrative, one piece of advice that I took up was to avoid paying taxes when I could, and I employed several strategies. It was argued that whilst tax avoidance was a sin (as well as illegal), tax evasion was if anything a virtue, as well as legal. It brings me to a headline shared a day or so ago by a friend: “Cadbury owner pays £0 in tax despite multi-million pound profits in the UK”. This is the latest in a long list of companies that make big profits but fail to pay tax, using instead all sorts of legal ruses to do so. At the same time, it has come to my attention that relatively low earners are often over taxed (through the PAYE scheme). While they should be reimbursed and often are they begin by paying more than they need, when least affording to.

It would be tempting to lay the blame at firms like Cadbury for not paying what would seem to be their reasonable due, but I don’t know enough to so judge. I would like to think they are ethically sound but that does not necessarily extend to them paying taxes when not obliged to do so. If fault can be laid anywhere it would be on government for letting them get away with it. It also represents one of the scenarios where I might well favour Labour as more likely than the Conservatives for stopping avoidable tax avoidance. While not a fan of Tony Blair’s New Labour, I recall when they came to power they imposed a large one off “Robin Hood” levy on some of the newly privatized industries to ensure they did pay their fair due. I can imagine something similar being done on the likes of Cadbury but I doubt if any government would have the courage to do so.