I find when I blog it is not one event etc. that sparks of a new article but several, all happening around the same time. It is like that with my not intended nor envisaged fixation with Donald Trump. I little realized I would now be coming to my twentieth Trumpwatch installment and have yet to run out of steam. Yesterday, I led the first of my series on the “Kings of the Bible” Bible studies and in presenting my overview couldn’t resist pointing out that people have at various times likened Trump to King David (a street fighter), King Rehoboam (a people divider and surrounded by yes men) and King Cyrus (Israel’s deliverer). Maybe Trump has elements of all three! 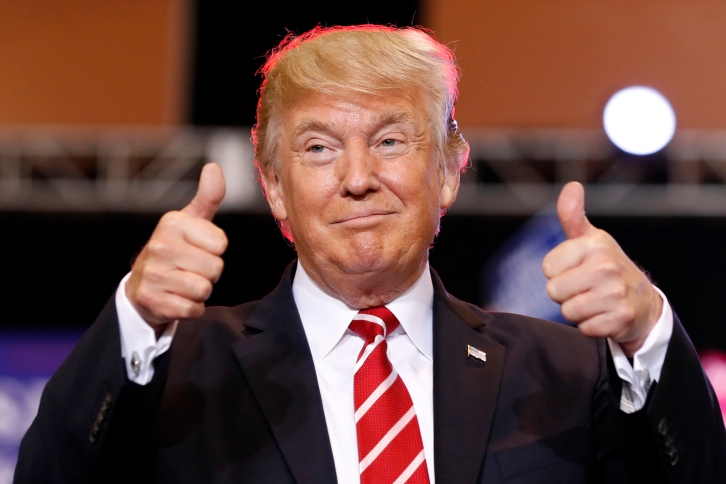 “Let every soul be subject unto the higher powers. For there is no power but of God: the powers that be are ordained of God. Whosoever therefore resisteth the power, resisteth the ordinance of God” Romans 13:1,2

St. Paul presents a sobering truth and as we survey the kings of the world today and in recent years, it would seem some were bad, many were mediocre and a few were good, and history will no doubt pronounce its verdict on Donald Trump. I reckon the November US mid-term elections will be an opportunity for the American people to give their verdict on Trump’s presidential tenure thus far and it may have enormous implications. Dare I say it, and here I express my own angst on the matter, it will in part determine whether the world will once again go down the path leading to global tyranny.

Analogies have sometimes been made between Trump and Hitler, when it came to how the two got into power and were able to do the things (usually seen as bad) there did. I have resisted doing that and in my “Donald J Trump – bad, mad or good” e-book I argued, on balance, Trump has been an instrument for good. Having studied that period of history, it is easy now with the benefit of hindsight to see how Hitler came to power and having obtained power did so much damage. It seemed to me, seeing the state of Germany after World War 1, the people were desperate, but backed the wrong horse. I get it when some fear it could happen with Trump (although I would argue there are fundamental differences). I have no doubt those who voted for Trump were fed up with what they had, feared the alternatives on offer and can now point to Trump delivering.

Following Bob Woodward (of Watergate fame) book “Fear: Trump in the White House” which points to chaos in and around Trump and his inner circle, I read today a New York Times article on not so dissimilar lines titled: “I Am Part of the Resistance Inside the Trump Administration”. It begins: “President Trump is facing a test to his presidency unlike any faced by a modern American leader. It’s not just that the special counsel looms large. Or that the country is bitterly divided over Mr. Trump’s leadership. Or even that his party might well lose the House to an opposition hellbent on his downfall. The dilemma — which he does not fully grasp — is that many of the senior officials in his own administration are working diligently from within to frustrate parts of his agenda and his worst inclinations.I would know. I am one of them.”

Like the book, the article is damming even though it points to good things that have happened under Trump’s watch. My take is somewhat different e.g. I take exception to its neo-conservative leanings and praise for Trump’s nemesis, the late John McCain. I don’t want to dismiss entirely what these two authors are saying about Trump being a chaotic character as I discern there is that tendency in him. Given vehement denials and the anti-Trump bias of the articles’ originators, I am skeptical concerning authenticity, and see it as part of a bigger plan to undermine Trump.  I am mindful of the often shared imagery of Trump as a wrecking ball. To return to the well worn cliche, it is the very thing needed in order to drain a swamp that needs draining. I also see people, who feel most threatened by Trump, striking back, by fair means or foul.

I would love to be a fly on the wall as to what is really going on in the world of Trump and I instead I am having to rely on “fake” mainstream media checked by the likes of Alex Jones and tempered by Sean Hannity and Tucker Carlson, along with my own instincts and admitted prejudices (but at least I try to identify my axioms). Elisha the prophet knew what the king said in his bedchamber and today we need Elishas. I am not offering myself for the job, which invariably comes at an enormous cost, which in any case is in the gifting of the Almighty. I concur with one friend who felt while there is a place for politicians as well as prophets, you can’t be both, and when it comes to Trump he must not be given a free pass.

Having said that, and reading with consternation in my Facebook feed this morning more on where the UK stands today regarding Brexit negotiations, I can’t help feeling: wouldn’t it be nice if the author of “The Art of the Deal” were negotiating on our behalf. As well as Elisha, I have a lot of time for the Sons of Issachar, who understood the times and knew what needed to be done.

Update 08/09/18: Sometimes I return to an article I posted earlier as new developments and insights come to light. I was triggered this time by an article by Melanie Phillips, a person much demonised by the liberals, who more often than not makes profound and pertinent points. This one is titled: “America’s party of hate and subversion“. It begins: “What’s going on in the US is simply terrifying. Almost every day seems to bring a fresh demonstration of a hate-driven stampede towards mob rule – by people who, in Orwellian fashion, claim to be acting to uphold American values.” It seems to me several events are conspiring to bring Trump down, by impeachment if necessary, including he is mentally unstable (as more than implied in the two earlier mentioned publications). It is no coincidence that mainstream media are aiding and abetting and the much maligned conservative media that does not not do along with the status quo is increasingly being shut out by the Internet giants, and this ahead of November’s mid-term elections. Besides the emboldened circus trying to disrupt the Kavanaugh hearings we have the usual suspects, e.g. Chuck Schumer and Elizabeth Warren calling for Trump’s removal, and the latest being ex-President Obama weighing in with his dig at the President, following on from the regrettable politicization of John McCain’s funeral.

There is no doubt that Trump represents a view that is libertarian, populist, and anti-globalist (his determination to build a wall on the Mexican border being but one example). Moreover, he has become the figure head of a world wide movement, many of the concerns of which I share, and one few if any could have forecast. The stakes are high indeed. It doesn’t let him off the hook, and there are many aspects of Trump the man and his policies I would question. As I have been at pains to point out, what Trump represents is highly significant and there is more to his agenda that I agree with rather than disagree, and much that bothers me when it comes to his many detractors and viscous demonisation, all of which is tied in with the culture wars happening around us and hidden hand that controls us. It is why as a watchmen on the wall I feel I must speak out but also remind people they need to put their trust in the Almighty.