I could add – and much of the West besides, including the UK. It is also the title of a video presented by Paul Joseph Watson, which I suggest readers watch (7 minutes) before reading further.

I get it that Watson is not everyone’s cup of tea and he is one of a long line of Alt Right conspiracy theorists that get shut down from time to time by Twitter, Facebook and You Tube and are often vilified by members of the liberal left for being racist, Islamophobic etc., yet whose observations are consistent with a well respected ex-Muslim Christian apologist friend of mine who is also often attacked, yet in my view makes valid points. Sadly, the observations made are usually not picked up by mainstream media, who opt for a different narrative. I also recognize Watson’s more rabid style is not one I favour, but then it is the truth that matters more. 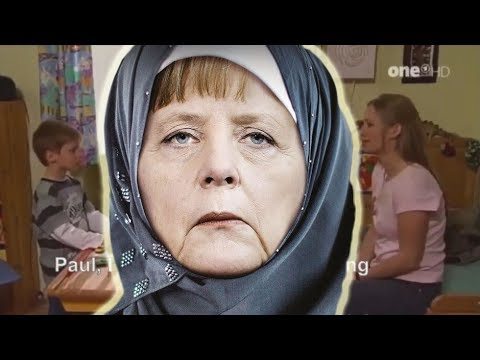 Before getting back to the video and Watson’s arguments, I would like to do two things. Firstly, I would like to provide a personal take on what I see as the growing Islamification of the West, a rejection of its traditional culture and Judeao-Christian heritage and the move away from national identity and toward globalism, the latter I have written about in my blogs and is one reason why I am pro-Brexit and Trump. Then I would like to take a look at recent German history, believing there are lessons to be learned from it.

I have visited Germany on several occasions in what is now the quite distant past, both as traveler and on business, and even spent time learning the language. My take on the country and its people have been generally favourable. How the country rebuilt itself after the War and dealt with the reunification of Germany is remarkable. As for Immigration and Islam (a subject I have addressed in my e-book of that title), I am generally well disposed to both Immigrants and Muslims and recognize the need to welcome such, but have expressed reservations, although of a less rabid nature than that expressed in Watson’s video. While I know and respect many Muslims who I know are good neighbours, we do have a problem with some Muslims, especially those of a violent, non assimilating nature, problems which those in power often refuse to acknowledge, and yet those speaking for the retention of a more traditional way of life or advocate Christian values are often attacked. It is pernicious when we are told to drop elements of our culture so as not to offend those coming to our country as immigrants and when Islam is favoured over Christianity or people who break the law or fail to be good citizens are excused because they happen to be Muslim. The reality is that while there will inevitably be problems to address taking in migrants, some the problems that have resulted e.g. violence toward women and no go zones are unacceptable.

Growing up in the 1950’s and having parents who served in the British Armed Forces who fought against Germany in World War 2, I became mindful of the devastation this caused. Later, as I developed my love for history, studying what went on pre-World War 1 to after World War 2 was of particular interest. One question that particularly intrigued me was why the German people allowed the evil of Nazism to prevail and why the non German people allowed it to happen until too late. I can only conclude people became brainwashed and those that weren’t were mostly inept opposing it. I also observe with a sense of irony that the German acceptance of extreme nationalism and hatred of “the other” has now been reversed. While the recent elections indicate globalists, headed by Merkel, will not have it all their own way, the concerns Watson and co have raised don’t look like being reversed soon and extreme tolerance toward, for example, Muslim immigrants looks set to continue, and woe betide those who appear as intolerant. I lament that there doesn’t seem to be an easy solution when it comes to accommodating genuine refugees from the various troubled areas of the Middle East while not capitulating to cultural suicide.

While I accept cultures will have to adapt because of immigration, my fear is what is happening in Germany (as well as countries like France, Sweden and the UK) will result in something worse when they do rather than be enriched as those who advocate unvetted immigration claim. While the left may argue giving over to Islamic domination is a good thing, all indications are it is anything but. The people in all these countries are being brainwashed. While I don’t relish being called a hateful racist, Islamophobe etc. or being told that I am overreacting, I love my country and the truth too much to see it be taken over by evil without at least some resistance.  I recognize we are called to love our neighbour, which means we should welcome the foreigner etc., but we do not show love when we allow evil to replace good and buy into the lie that wrong is right.