The day I thought might never come (because of fear of arrest, crisis or assassination) has been and gone and we now have a new President of the United States of America: Donald John Trump. 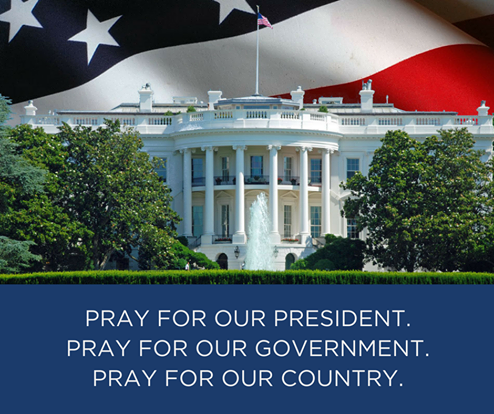 Like many political junkies, I have been keenly following events around Trump’s inauguration (see here and here for my earlier reflections). Now it has happened, we are beginning to see what a Trump presidency means for America and the rest of the world. Given the protests that have followed (some peaceful and respectful and others less so but highlighting an array of concerns), it is evident that some are not looking forward to this, fearing all sorts of bad things will happen once Trump gets going (although others think just the opposite). But one thing that is nigh certain is Trump is going to make his mark, likely big time (for better or for worse) and with the executive orders he has already signed and a new focus being seen on the White House website (e.g. contents concerning environmental protection and LGBT rights have now been replaced by Trump’s agenda), that process has already begun.

There is so much to reflect on and I can easily spend the rest of the day checking out stuff and what the good and the great and not so good and great have had to say on the matter. It has been an amazing spectacle and it has been fascinating watching the various actors play their part. While I recoil at the extraordinary costs, I have been overall impressed by the whole transition of power process. But I will confine my comments as far as this post goes to two matters: religion (which as one who sees God as the most important factor in everything is maybe understandable) and Trump’s speech following him taking the oath of office, with no doubt many ramifications we will be about to witness.

When it comes to religion, what we witnessed is something unique. Seeing six people from a wide spectrum of religious perspective, read from scripture, say words of wisdom and pray, during the inauguration ceremony has to my knowledge no parallel. Seeing the new President quote from scripture (Psalm 133:1) in context of bringing the people together, and then invoke God’s protection on the nation is not untypical of what we have seen in the past and underlies the idea of a nation that covenants with God. It reflects a hope many like me share that if he does look to God and humbly seek to follow Him (as he claims), then God will bless his presidency and America, and it will bless the rest of the world also.

When it comes to the speech (which traditionally sets a tone), my reactions were mixed. It didn’t have the same polish as Obama’s eight years earlier and he had too many digs at those he disagreed with than I would have liked, yet content wise it had more and, besides, it is not words that matter but actions. I have to admit feeling the same discomfort upon hearing words like putting America first as I do when I hear people piously declare that charity begins at home. Of course we need to start from where we are, but we also need to look further and as we learn in the Parable of the Good Samaritan, when it comes to loving our neighbor, that person could be anyone and we have a responsibility and, dare I say it, a nation, i.e. the USA, that has been blessed abundantly in the past by God (if we are bringing God into it) has toward foreign neighbours. I also think what Trump said was hugely significant when it comes to being President for all the people and giving government (which have been taken away by globalist elites) back to the people.

Yet the attraction of Donald Trump and why many voted for him, when on paper there were more suitable candidates from his own party, is he says what he thinks and every indication is he will do what he says. Areas covered in his speech included his commitment to combating terrorism and making the country secure, fighting America’s corner rather than giving concessions to other nations with little given back in return, and introducing programs to bring back economic prosperity. The devil is as it always is in the detail; how he can get round the powerful obstacles in his way and bring together the consensus he needs in order to make these things happen. My hope is that the fears of the protesters can be allayed (at least in part), he will listen to his detractors and be surrounded by wise people, and that people will give him a chance to be the President of all the people as he said he would be.

Of the many comments I saw on social media, this one particularly struck me and expresses sentiments that describe my position: “Many people seem to fall into one of two camps: 1. Trump can do no wrong. 2. Trump can do no right. Pretty sure I’ll be offending both camps”. But more than that, I hope I will be among those who will “Pray for our President, Pray for our Government, Pray for Our Country“. I watch developments with interest and unlike a good many of my “friends” with a degree of optimism, but mindful I need to recognise that there is also a need for charity to begin at home.

One thought on “Trump’s Inauguration (3)”