So the third and final presidential debate has been and gone, and now it is only 19 days to go before election day (see here and here for my thoughts on the first two debates). The bookies continue to make Hillary the clear favourite to win the election and the media pundits seem to think she came out better in the debate (see here for one comment and here for the debate itself). A few of my “friends” think Hillary will make a great president (and I can think of anyone who thinks that about Donald). Most of those who I rub ether with in social media, even if no fan of Hillary, believe she is the lesser of two evils, and given her experience will be a safe pair of hands. I have made my views known, in earlier posts, the culmination of which is I can’t support either candidate, although policy wise, considered overall, I am more leaning toward Donald than I am for Hillary. 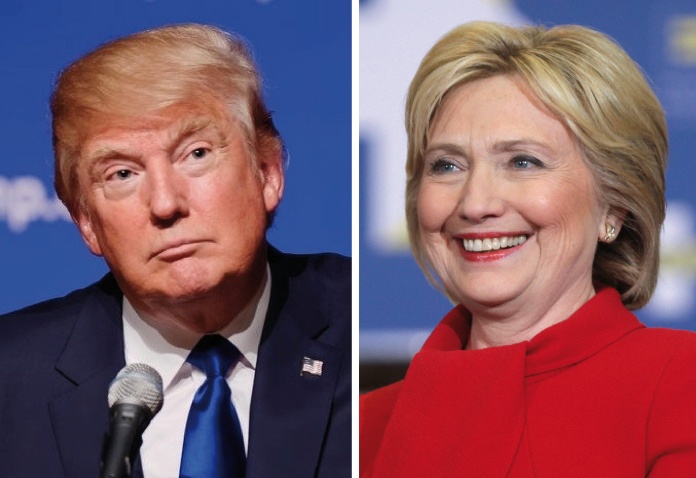 Before turning to the debate, which was well moderated and surprisingly informative, despite the vitriolic attacks each candidate made on the other, a few reflections on the intervening period between this third debate and the second one seems in order. Much has been written and quite a bit I have checked out, even if not as deeply as I would like (there are only so many hours in the day after all). I still see Donald and Hillary as not nice / suitable characters in different ways. The advantage Hillary has over Donald is she is a seasoned politician and whatever mud is slung her, it is difficult to make it stick, and as was shown last night whenever she was asked a difficult question she was adept at deflecting the flak and muddying the waters. Donald who purports to say it as it is does not have that gift and in his case mud sticks and when he did have opportunities to go for Hillary’s jugular he was invariably outsmarted in the end, e.g. regarding leaked information that showed Hillary off in a bad light, and when she pointed to Russian illegalities and interference.

Since the second debate, accusations and refutations continue to pile up, making this a particularly nasty affair (no doubt appealing to soap opera fans). Were all those women who came forward with their stories of sexual improprietary telling the truth or was it a dastardly plot by the Hillary camp to undermine Donald? Were the mounting stories of Hillary bad behavior off camera or the latest Wikileak revelations all part of the anti-Hillary backlash. It is difficult to say, at least to the extent a guilty verdict can be delivered in a court of law, but it isn’t irrelevant, for these are the very matters, on top of an already large list of actual or alleged misdemeanors on either side, the electorate needs to decide on.

Of all the stories that particularly resonated is one article by Wayne Grudem, titled:  “If You Don’t Like Either Candidate, Then Vote for Trump’s Policies”. Grudem raised a number of eyebrows previously by endorsing Trump and because he was a well respected evangelical who was generally considered doctrinally sound, especially in the circles I move most, many including me took note, as we did later when he dropped that endorsement in the light of the Trump “locker room” tape. Now he is back to endorsing Trump’s candidature while highly critical of some of his behavior. You need to read yourself his rationale, including a well thought consideration of the many issues which sets him apart from Clinton.

But to quote in part: “Voting for Clinton and her ultraliberal policies is not an option for me as an evangelical Christian. Therefore I am left with two options: (1) vote for Trump, or (2) vote for a third-party candidate whose hopes of winning belong to fantasy, not reality. And if these are my only two options, then voting for a third-party candidate has the clear effect of helping to elect Clinton, because it is taking my vote away from Trump. That is why the liberal media loved it when I said I was finding it hard to decide. It also means that my two options are actually this: (1) vote for Trump, or (2) help Hillary Clinton get elected. Once I put the choice in those stark terms, there is a good way to make a decision. Since I find both candidates morally objectionable, I am back to the old-fashioned basis on which I have usually decided how to vote for my entire life: Whose policies are better? Do I agree more with Trump’s policies or with Clinton’s?  It isn’t even close. I overwhelmingly support Trump’s policies and believe that Clinton’s policies will seriously damage the nation, perhaps forever. On the Supreme Court, abortion, religious liberty, sexual orientation regulations, taxes, economic growth, the minimum wage, school choice, Obamacare, protection from terrorists, immigration, the military, energy, and safety in our cities, I think Trump is far better than Clinton (see below for details). Again and again, Trump supports the policies I advocated in my 2010 book Politics According to the Bible.” Here, I find myself mostly agreeing.

I thought a lot came out of the debate amidst the personal attacks, and while little that was new to those who have been listening to what the candidates have said on the main issues, enough to see a clear difference in approach, which then begs the question which is better? Putting in the caveat that I do not understand the issues as much as I would like, I came out with the impression that taken overall, Trump did better, bearing in mind what he proposed aligned more with my values than did Clinton, even though there was still a lot in what Trump said / proposed I disagreed with. On the Supreme Court appointee as well as concerning abortion arguments, I am more inclined to Trump than Clinton (for reasons I have already given). I thought though the Second Amendment (right to bear arms) discussion slightly bizarre (although my British bias is partly the reason) and I felt Clinton came up with some common sense ideas I would like to see implemented. She did too when it came to pragmatic compassion dealing with illegal immigrants (an issue I deal with in my community work) although overall I preferred Trump’s more robust ideas about dealing with immigration and terrorism (including recognizing the dangers America faced).

I was also more impressed with Trump than Clinton when it comes to how to respond to monumental and worrying developments in the Middle East. The disastrous consequences of US foreign policy regarding Iran, Iraq, Libya, Yemen and Syria etc. has been in part down to Clinton. On developing the economy, I was mixed. I don’t believe rich people should be paying less taxes. There is a case for government intervention to aid the less well off and vulnerable, although in principle I believe in “small government”. The record she is trying to defend and extend if elected is a questionable one. There has been prolific waste and abject failure to help the poor, as well as foolishness in making trade deals, and too much “borrow now, pay later” mentality. Choosing winners and losers in the debate is for others to decide. As for etiquette, Trump interrupted, Clinton went on too long, and both deviated from the subject.

Regarding the final question about whether or not he would accept the result if he lost the election, I was disappointed in Trump’s non committal answer but not excessively so. When I read the BBC headline: “US presidential debate: Trump ducks election result pledge”, the first news about the debate when I woke up this morning, it occurred to me the accusation media is biased against Trump includes the BBC. Besides his profound dislike of losing, Trump genuinely thinks Clinton is a crook and the government is corrupt, so on the face of it, keeping his options open is not so unreasonable. Reading Jimmy Carters speech a few years back “The U.S. Isn’t A Democracy, It’s An Oligarchy”, leads me to think while I must not be taken in by conspiracy theories, things are not as they seem and things around government at the top level is not as benevolent as those who benefit most would have us believe.

I think the last word should go to Franklin Graham, who is posting comments on the election on Facebook on a daily basis these days, whose thoughts concerning the election and as a “neutral” (so he claims) I find are pertinent and poignant: “Well, the presidential debates are now over. The countdown to the election is on—November 8 is only 19 days away. My suggestion to Christians? Pray earnestly. I pray God will open Americans’ eyes to the threats that are looming before us. Our unsecured border to the south. China’s military buildup in the South China sea. The redrawing of Europe’s borders and Europe now flooded with millions of refugees. ISIS now fully operational in at least 18 countries and growing. Russia’s engagement in Syria where they now have a massive military presence. We need China and Russia as allies not adversaries. America is in a far more dangerous and vulnerable position than we were 8 years ago. And the most dangerous and vulnerable place to be is away from God who has blessed this nation more than any other on earth. The many problems we face cannot be solved by man alone, but we must have Divine help to find peaceful and long-lasting solutions. “Blessed is the nation whose God is the LORD” (Psalm 33:12).”