Less than three weeks ago, I posted an article titled: “How should Christians respond to conspiracy theories?” Just by way of a timely confirmation I could have been asking the right question, an article has recently come my way titled: “Evangelicals are looking for answers online. They’re finding QAnon instead” with a subtitle (which if nothing else provides a clue to the stance being taken): “How the growing pro-Trump movement is preying on churchgoers to spread its conspiracy theories”. 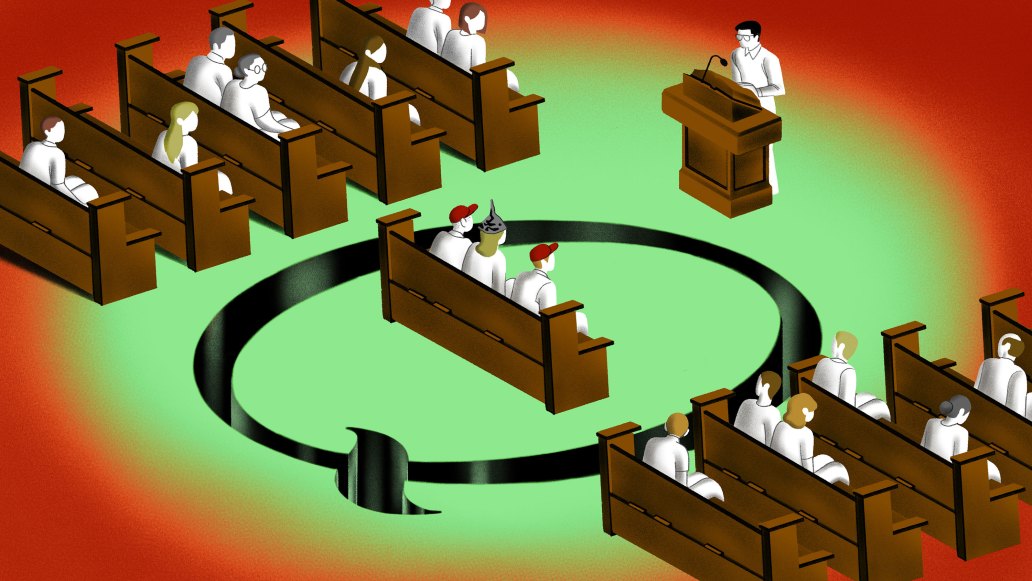 Now that the project that has occupied the best part of my time these past six months, writing a book titled “Prophets of the Bible” (see here), is now done, I feel more at liberty to enter the blogosphere and address the sort of questions that were the spur to me writing the book in the first place. Besides a concern to provide sound Bible exegesis on an important subject, given that much of it ignored by most Christians, I wanted to apply to the sort of questions that have a bearing on what we are seeing today?

Besides being a Bible teacher, I am also a watchman on the wall with a take on what is going on in the world that not only differs often from the official narrative but also from many Christians. I don’t purport to have all the answers and when it comes to conspiracy theories I agree there is the need to distinguish between truth and error and recognise there is a lot that comes into the we don’t know for sure category. But as a concerned citizen, I would be negligent in my duties if I simply go with the flow and accept what the powers that be want me to, especially as I suspect they might well lead us down the wrong path, whether out of villainy or foolishness. I reckon the six months Covid lockdown has helped to wake up many that things are not as they seem but with it comes the inherent danger that in doing do people may bark up the wrong tree.

Going back to this “looking for answers online” article, it is about an American pastor who was dropped a bombshell when members of his congregation announced they were leaving his church. Part of the reason for this was that during lockdown these members had been taken with and then in by unfounded conspiracy theories, possibly with the extra time to cogitate and, in the light of the pastor’s perceived unsympathetic attitude, this led to a rift. The article, written from the pastor’s perspective, revealed general antipathy toward conspiracy theories initiated by, among others, QAnon (an issue, incidentally I discussed in my earlier blog). We don’t know the “other side” although there are clues to suggest it was not all one-sided. I suspect, if I had heard sermons, three Sundays in a row, on racial justice, given what I have seen going on with the Black Lives Matter movement etc., I would have reacted adversely, although I may have jumped ship long before.

Another “challenging” article (in this case it was a video) that has also recently come my way is titled “2020 09 06 John Haller Sermon: “The Evils of Ecumenism“”. Basically, Haller is having a pop at Christians going down the ecumenical route and is quick to name names. Like much of what comes my way these days, this video, along with the anti-conspiracy hit piece and the likes of Q-Anon goes onto my “test and weigh” pile. Actually, I like Haller’s prophecy updates as he reflects on what is going on in the culture and I feel in the main he is spot on, and while I am not quite ready to adopt all his dogmatism, I believe Jesus Matthew 24 “elect being deceived in the Last Days” prophecy is now being fulfilled before our very eyes and His John 17 prayer “they (his followers) be united in His truth” seems not to be, and when united – it is not in truth. 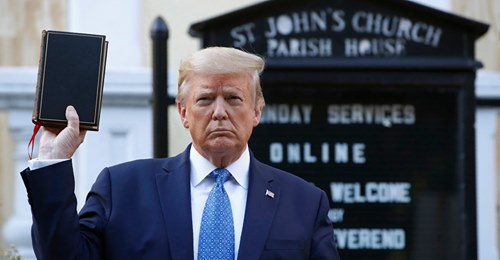 After all, the evidence for the latter seems overwhelming. When I entered social media, it began with Brexit, went on to Trump and now with responses to Covid. That, along with most churches failing to preach the gospel, introducing heresy and pandering to wokeism. None of this should cause disunity among real Christians, in the case of the pastor referred to above and my own observation, it does! I note one influential evangelical leader recently posted on her Facebook page “Covid 19 infections in USA now passes 6 million. Four years’ absence of leadership with integrity, yet clamour for re-election!  Only tactic is to create smears about the opposition …” and most of the 217 (mostly Christians showing, it seems, signs of Trump derangement syndrome) who commented, agreed!

So back to the question in the title, but first a Bible quote, and I use the ESV which uses “conspiracy” rather than KJV’s “confederacy”, for reasons that will become apparent: “For the Lord spoke thus to me with his strong hand upon me, and warned me not to walk in the way of this people, saying: Do not call conspiracy all that this people calls conspiracy, and do not fear what they fear, nor be in dread. But the Lord of hosts, him you shall honor as holy. Let him be your fear, and let him be your dread.” (Isaiah 8:11-13 ESV.)

About my book, how I see the message of the prophets relating and my word of counsel and encouragement to Christian believers in these interesting and baffling times, I would say, besides things like draw near to God and love Him and your neighbour, that you study your Bible. As I was pondering on lessons one can learn, this text jumped out of the pages. I am mindful texts out of context are a pretext yet note the calamity of that time was the coming Assyrian invasion and where the people were looking for answers.

Before my anti-conspiracy friends say hear hear, we should not be chasing conspiracy theories, it also tells us to not fear what the people fear, and much of the reaction to Covid-19 is fear driven by the bad guys using useful idiots, for their own nefarious intentions (Q – is right on that score). But trumping all that is a call to honour the Lord and to fear Him, and if there is any quibble that the fear of the Lord is not for us, it adds let him be your dread. I am unhappy at the way churches have responded to Covid-19, just as the way its leaders seem more like hirelings than shepherds. We are called to be beholden to truth and to love our neighbour so we cannot dodge these questions. I suspect if a survey were to be made on how “real” Christians respond there will be a minority in the “anti conspiracy, go with what we are told” camp or those who think just the opposite, with the majority in the minds not made up or apathetic or antipathetic camp. I believe we owe it to the cause of truth and righteousness and our God given responsibilities to think theologically on these matters and take a stand accordingly.

Whether you agree with me or not, I hope you adopt the words of Isaiah: the Lord of hosts, him you shall honor as holy. Let him be your fear, and let him be your dread.