The line “For fools rush in where angels fear to tread” was first written by Alexander Pope in his 1711 poem “An Essay on Criticism”. In trying to explore if there is a link between the current Pope and THE False Prophet mentioned in the Book of Revelation, I may be in danger of doing just that. But before I rush in, let me first give some basic thoughts on the Pope, who leads the 1.3 billion adherents to the Roman Catholic Church, and secondly on where THE False Prophet stands in my understanding of the Bible and how it fits in with my studies on the Prophets of the Bible. Mindful that subjects like these typically occupy the attentions of Bible savvy old men with strong views on ecclesiology and eschatology, I would like to share my conclusions and say why this subject matters. 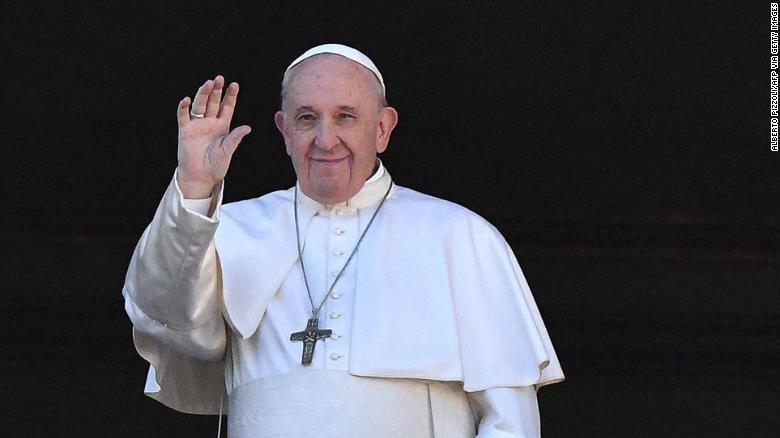 When I became a Christian, aged 15, I came under the influence of the Plymouth Brethren, who were dismissive of Roman Catholicism, much in the way many Protestant believers did from a previous generation. The reason was primarily because in their view the Catholics added to the Bible and went against the principles of the Reformation: Sola Scriptura, Sola Gratia, Sola Fides” (“only scripture, only grace, only faith”). While my antipathy toward Roman Catholicism as a system remains, and I reject the authority of the Pope, especially the doctrine of papal infallibility, I have over the years met many Catholics who I recognize as brothers in Christ.

My studies in the Prophets have focused on the Hebrew prophets of the Old Testament. Yet it cannot be ignored that prophecy is one of the gifts of the Holy Spirit and the office of “prophet” is one that is recognized in the New Testament church, which are the times we are living in now. Just as there were true prophets in both OT and NT, there were false ones and according to the Bible we should expect false prophets to arise in these last days. A significant chunk of Bible prophecy is yet to be fulfilled and mostly relates to the end times. Part of the end times scenario is the emergence of the AntiChrist, although AntiChrist type figures can be identified down the ages e.g. Napoleon and Hitler, along with an AntiChrist spirit that continually has permeated society down the ages. Closely linked to the AntiChrist is THE False Prophet, who might be viewed as the PR man for the AntiChrist, although the identities of the two have not yet been revealed. One helpful resource detailing how the AntiChrist is described in the Bible is by John MacArthur (see here and here)

When I first become aware of Pope Francis, five and more years ago, I was initially impressed by his attempts to reach out to those outside of the Roman Catholic Church, and I wrote positively my thoughts at the time (see here), sharing quotations from the Pope that I found helpful. A lot has happened since then that has turned me against this Pope, for he has been too ready to ditch the dogma entrusted to the church and adopt the AntiChrist spirit of the age. I fear many Protestants have been carried away by the teachings the Pope champions and are subject to the spirit of delusion the Bible warns us of and in many cases are now preaching a false gospel. Interestingly, many Catholics are opposed to this Pope and I wonder if we are about to see a refinement from which the true church emerges. While these are to be checked out, like any writing, the following are recent negative portrayals of Pope Francis:

Although for sake of balance, since it places the Pope in a more favorable light and challenges us to be cautious when it comes to being carried away with what this or that person has to say on the subject, this has also come my way: “The Pope and mission: “Without Jesus we can do nothing””

This is one writing though that I found particularly scathing: “The Present Pope Francis is the False Prophet Mentioned in the Book of Revelation” It begins: “Let’s look at what the Book of Revelation Spoke about the False Prophet. Revelation 16:13 – And I saw three unclean spirits like frogs coming out of the mouth of the dragon, out of the mouth of the beast, and out of the mouth of the false prophet. Revelation 19:20– Then the beast was captured, and with him the false prophet who worked signs in his presence, by which he deceived those who received the mark of the beast and those who worshiped his image. These two were cast alive into the lake of fire burning with brimstone. Revelation 20:10 – The devil, who deceived them, was cast into the lake of fire and brimstone where the beast and the false prophet are. And they will be tormented day and night forever and ever. That False Prophet mentioned in the Book of Revelation is no other than the present Pope of the Roman Catholic Church”.

While I am one of those who tries to align what is happening in the world with what the Bible says, I am reluctant to specifically relate particular scriptures with particular events or persons, mindful that better people than me down the ages have done so and got it wrong. Yet I see disturbing parallels between the reign of the AntiChrist and the teachings of this present Pope – in particular his seeming denial of the uniqueness of Christ as the only means of salvation, the need to evangelise non Christians and what appears to be the key advocate for championing a single religion that supersedes existing religions and his advocacy for globalism and world government – both of which are characteristics of the reign of the AntiChrist.

While I can not say that Pope Francis is THE False Prophet as the case is unproven, yet since he claims to be God’s mouth piece here on Earth and has propagated many errors, he is A False Prophet. As for angels treading, the Bible not only warns of false prophets but calls on false prophets to be exposed. While there are many gaps that need to be filled in still, I write as I do in order to warn others.

3 thoughts on “Is Pope Francis THE False Prophet?”