Readers may wonder why in this my latest instalment in my Electionwatch 2019 series I relate this to my first in my minor prophets series, concerning the prophet Amos, and this I will get to. 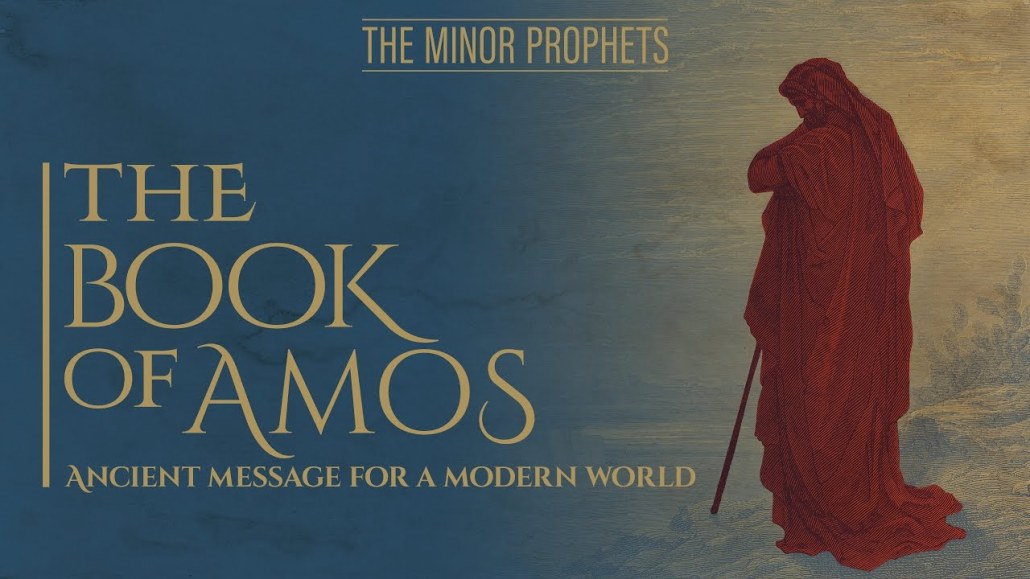 Amos operated mainly in the northern kingdom of Israel, even though he was from the South. His message was a lot to do with judgement and rebuke as he entreated the people to turn back to YHWH and practice righteousness and justice. While he appeared to be knowledgeable and articular, he came from a humble background – he was a herdsman and look after sycamore groves. He operated around 750 BC and was contemporary with Hosea and Jonah, whose messages complemented, living under King Jeroboam II.

He was prophesying primarily to Israel and to a lesser extent Judah, because that was what God told him to do and they were particular objects of God’s interest, which was to get his special people to turn back to Him, if need be using natural disasters to shake them up and later (from 722 BC), more drastically, letting them be taken into captivity by a hostile, foreign power (Assyria). While obedience to YHWH and practising justice and righteousness, especially to the poor and weak, may these days be seen as two separate messages, as far as Amos was concerned the latter followed the former. If they had truly loved God they would have loved their neighbour too. He also prophesied against the nations surrounding Israel, which between them did many wicked acts and God would punish them.

It was a relatively peaceful time and many in Israel were doing well. But there were the “haves” and the “have nots” and in the main the former did not care about the latter and often exploited them. The people were also religious but it was a false religion that did not honour God as he should. There was much repetition in Amos utterances but the sense of indignation over the wickedness he observed was all too evident.  He images like a basket of over ripe fruit the people were compared to and a plumb line that could be used to expose crookedness, in the main fell on deaf ears.

Amos is not the only prophet to speak out against social injustice or the exploitation of the poor but he was one of the more prominent to do so and it is not surprising that Christians on the Left like to quote from Amos. Martin Luther King quotes from Amos in his famous “I have a dream” speech, which encapsulates what God’s expectations were. Amos message was more directed at individuals rather than institutions, who were expected to obey God’s commands. The government was under a king, who along with most of the kings of Israel and Judah was bad king, and was also an object of rebuke. Not only that, but the judges were corrupt and could be bribed by the rich and powerful. As for the priests, who were the custodians of the law and meant to be the conscience of the nation, they should have been teaching the way of God. Yet their main fixation was to maintain the status quo and threaten and shut up Amos and, as with many prophets, would have done so fully (i.e. kill him) if they could.

The situation in Amos’ time was quite different to that of today yet there are similarities, like the rich doing well as the expense of or ignoring those who are poor or have a just grievance. I share below a longish rant that raises important justice concerns by a local pastor friend that while I don’t entirely agree with, especially on the politics, does make important points. I think, for example, all political parties have much to answer for with respect to how they respond or rather fail to respond to Amos message. While the article below may be right that Conservatives have left behind some poorer members of our community, with policies like Universal Credit, from his condemnation of idolatry, often linked to child sacrifice, I reckon he would have been pretty outraged at Labours abortion on demand policy, for example and would be appalled that worship of Father God is being replaced by that of Mother Nature. But wherever we are politically, Amos plea for us to practice justice and righteousness and turn back to God is relevant for us this election times as it was to 750 BC Israel, and the onus on us as individuals to do justice and righteousness should influence how we vote.

There is much in the book of Amos I could discuss, but I will end with the final verses (9: 11-15), which helps provide balance: ““I will restore David’s fallen shelter – I will repair its broken walls and restore its ruins – and will rebuild it as it used to be, so that they may possess the remnant of Edom and all the nations that bear my name,” declares the Lord, who will do these things. “The days are coming,” declares the Lord, “when the reaper will be overtaken by the plowman and the planter by the one treading grapes. New wine will drip from the mountains and flow from all the hills, and I will bring my people Israel back from exile. “They will rebuild the ruined cities and live in them. They will plant vineyards and drink their wine; they will make gardens and eat their fruit. I will plant Israel in their own land, never again to be uprooted from the land I have given them,” says the Lord your God.”

My first point is while there is a severity in the message of condemnation and judgement Amos proclaimed to the people, who by their rejection found themselves cruelly uprooted less than thirty years later, there was also a message of hope. The early part of it, if we are consider Acts 15 when the Council of Jerusalem discussed how to accommodate new Gentile converts, has already been part fulfilled in Gentile believers joining God’s people. The latter part considers a glorious prospect for Israel and given anti Semitism and anti Israel sentiment have both featured in this election campaign, we do well to remember, YHWH, the Lord God of Israel, shall have the final word and his purposes cannot be thwarted.