It is getting on for three years when I wrote my article “Leadership and why right now we desperately need more of it”, which touched on a concern many share that in all aspects of society all too often there is a lack of good / effective leadership and because of that the people affected are worse of, because they have been poorly served. I also wrote something on the subject two months ago, titled “Leadership“. Gladly, most of us can also think of examples where good / effective leadership has made a vital difference. The elevation to office of UK Prime Minister of Boris Johnson represents a marked transition from one style of leadership and set of priorities to another. Whether for the better remains to be seen / argued. 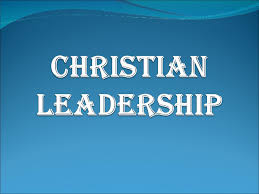 But for this article I want to focus on Christian leadership and while non-Christians may wish to switch off, many of the principles I want to outline could also apply outside the Christian circle. My writing this was triggered after I shared with a friend on Facebook that after being an elder in a church for several years, following transferring to another church and being consigned to the back benches as it were, I was glad NOT to be in leadership. I did tell her that I would explain and this is it. I am mindful that volumes have been written on Christian leadership, which for many is to do with being a minister or equivalent or part of his / her inner (leadership) circle, although as I want to explain should go far beyond that narrow definition. My own church tradition emphasised the doctrine of “the Priesthood of all Believers”, which I would interpret as a leadership position.

My own reasons are simple. My church that has been supportive is already blessed with capable leaders; I am getting old and slightly “losing it”; I find being an Indian rather than a Chief extraordinarily liberating given the flak I get that people who read my writings may have some insight into and some of the stuff associated with being an elder or deacon is not my particular forte – to name but four! But that does not let me or any of us off the hook! It is true apostles, prophets (both offices not over recognized in churches I attend) and pastors, teachers and evangelists (which are) are noble and needful leadership callings (Ephesians 4:11), leadership does not end there. When I try to explain to people who really want to know what I am up to these days, it could be something on the lines of: Bible teaching, cultural commentating, watchman on the wall, gospel preaching, community activism, all of which involve an element of leadership, yet requiring submission to the genuine bearers of the five offices listed above or in my church’s case: elders and deacons.

But before I leave the subject, I want to first discuss an important principle, not discussed in most secular leadership manuals (but is in the Bible) and it is one of servanthood. One change in my own approach to leadership over the years is that whereas in my younger days I saw leadership as a path to status and power, in my twilight years I see this as unimportant. What is important are the first shall be last and vice versa words of Jesus, found in several places in the Gospels and Philippians 2, that we need to humble ourselves and become a servant first before becoming a leader. There is little doubt that while I try to respect those in official leadership positions, the ones I honour most are those who go down the doulos servant route.

Which brings me to my second point, which is about shepherds. Most will be aware of Psalm 23:1 “The Lord is my Shepherd, I shall not want” and of Jesus words in John 10:11 “I am the good shepherd: the good shepherd giveth his life for the sheep”. God through the Hebrew prophets castigated the bad shepherds and commended the good e.g. Ezekiel 34. It brings me to the subject of those in the position of under-shepherds to the one who is the Good Shepherd. Paul explains well to the elders of Ephesus what is needed and why: “Take heed therefore unto yourselves, and to all the flock, over the which the Holy Ghost hath made you overseers, to feed the church of God, which he hath purchased with his own blood. For I know this, that after my departing shall grievous wolves enter in among you, not sparing the flock” (Acts 20:28,29). Without wanting to disrespect those “in leadership”, the need of the hour, besides a revived Church, is shepherds who are serious about dying to self, who can lead as Christ might and sacrifice on its behalf.

So back to my friend’s question: I am ok with being a mere member of the congregation so to speak but mindful not only do I need to be more passionate for, loving of, beholden to etc. the one I serve, some of that requires I take a lead and also I must encourage those who do lead and those whose time will come maybe when I am gone.