At a hustings at the last General Election, we asked the candidates what Private Member’s Bill they would put forward if they were given the opportunity to do so. One of the candidates came up with a simple and well thought out idea that would make an important difference to the lives of some and it was one of the reasons I ended up voting for her. It got me thinking what my answer would be if I were asked that question. (Putting the issue of abortion  to one side), if I were given the opportunity of introducing legislation, it might well be on the lines of ensuring freedom of speech. 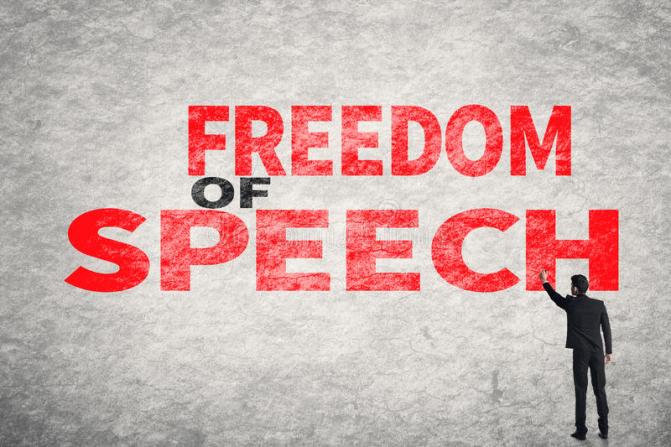 The UK does NOT have the equivalent of the First Amendment to the United States Constitution, which prevents Congress from making any law respecting an establishment of religion, prohibiting the free exercise of religion, or abridging the freedom of speech, the freedom of the press, the right to peaceably assemble, or to petition for a governmental redress of grievances. Yet many of the provisions enshrined in the First Amendment we also take for granted as applying here in the UK. Indeed, we often (although I find it less so these days and some don’t even care) take pride in the notion that we have the freedom to speak when many other countries don’t. Sadly, old style liberals that stood up for free speech have been replaced by a new generation, such as the likes of Antifa that want to shut down free speech with the likes of Google, Facebook and Twitter often being caught out censoring what people say.

So here is my concern… As I continue to watch what is going on around me and writing about what I observe, the more I see free speech being curtailed, and this is happening in the UK, Europe and the USA, where we would expect it ought not to happen. While there is a time to speak and a time not to speak and the law ought to be obeyed unless it is an unjust law, and even then given my Christian beliefs I would think carefully before breaking a law I happen to disagree with, it seems to me entirely wrong when we are not allowed to do so or do so at personal risk. My own take on life is based on the premise we ought to act according to conscience and a desire to do the right thing. Wrapped up in all this is free speech.

I remember a few years ago having a conversation with someone active in UKIP who explained to me why he was a Kipper. I wasn’t then and am still not a UKIP supporter. Then I don’t support any political party while maintaining all should be allowed to speak, even when I disagree with them. My Kipper friend explained to me how he was inspired by John Bunyan, who spent 12 years in jail because he refused to give up preaching. He saw many of the freedoms we have in the UK taken for granted being taken away and saw UKIP as one hope for reversing this. Many before and after Bunyan, even in the UK, were put to death because they believed something that the powers that be deemed unacceptable and weren’t afraid to say so. Even today, people speak out, offering a view that some might say is not politically correct and others determine to be tantamount to hate speech and they are often penalized for doing so.

I get the impression that speaking out about something we feel strongly and yet doesn’t fit in with the politically correct narrative that we are being increasing exposed and expected to follow often come at a price, even though we may escape falling foul of the law. I sense the price is sometimes being ostracized by one’s peers and public ridicule, such that those who recognize this to be the case will take the easy path and opt for not saying anything. Of course wisdom is needed and sometimes the very people who feel strongest about a certain issue fall short when it comes to time, place and manner of delivery, but then they should not be penalized any more than those who succumb to brainwashing and take on board erroneous views or are too cowardly to speak up for what is right. Hard fought for freedoms we now have and often take for granted can so easily be lost and now we are in danger of losing them. Even as I write there are places in the world where people are killed because of what they say. We owe it to them to defend free speech.

It seems to me in today’s increasingly pluralistic and diverse society our aim should be to live and let live, try and get along and allow people to believe what they will and live and speak as they find, providing it does not harm others, and that no-one has the right to impose their views on others, even though that in itself begs the question what sort of country ours should be and what are British values? Rather than shutting down free speech, we need to honestly debate the related issues, including calling out those who promote hate and prejudice. I long ago came to a view what matters most is seeking after truth and living accordingly, sharing that truth with others, yet another big subject! As for my imaginary opportunity to propose parliamentary legislation, I would need to give it careful thought. While making laws is not ideal, it all needs addressing.