Some of my blog posts and contributions to social media will leave some with the impression I am anti-Muslim. That was never my intention although I have tried to point out that we (in the UK and Europe especially) do face a problem with Muslim immigration, which has escalated in recent years, and this has (in my opinion) had an often detrimental effect on national life (although there are other factors too). It is more to do with ideology and related to that, what Muslim “holy” writings, in particular the Koran, teaches or does not teach and my reaction to the politically correct narrative that informs us Islam is a religion of peace that poses no threats. 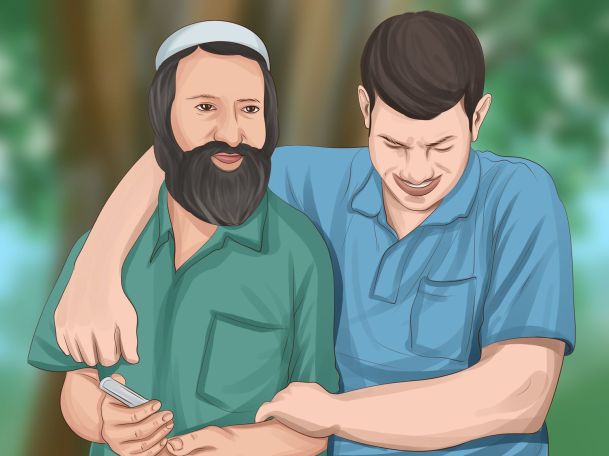 It seems to me the Koran can be used to back up the idea Islam is a religion of peace as well as to kill the infidel. Some may see similar contradictions in the Christian Bible. I have found reluctance by most to talk about these concerns and for Muslims, Christians etc. to have a respectful dialogue concerning these matters. Instead, I too often encounter entrenched positions, based on misunderstanding and prejudice. It also occurs to me that both Islam and Christianity are missionary religions and in recent years there have been many examples of people converting from one to another. It often occurs to me though that when Muslims do convert to Christianity this has less to do with being convinced by good argument and more with seeing authentic Christianity and miracles. Much as I try to respect the beliefs of others, I still maintain Jesus is “the way, the truth and the life” and would want to point people to Him. For folk who wish me to elaborate on what I believe about Islam and my thoughts concerning the “Islam threat”, I would refer people to my e-book: “Immigration and Islam”. As for my “Christian” beliefs, I would refer them to my gospel presentation (see here).

I became more aware of Islam when just prior to going to university I was involved with a mission organization that tried to make Christian disciples in the Muslim world. When I got to university, I met Muslims from all over the world, from nominal to devout. In the latter part of my career I got to know Muslims at our local mosque. Some became friends and are tantamount to being quintessential English gentlemen, and remain friends to this day. Some have made significant contributions to the wider community. We worked together on community projects and supported each other in our community endeavours. I was invited to join the social committee at our local mosque for a period. In my early days as a community activist, the secretary of the mosque, a retired consultant physician, became my menor. I enjoyed attending and promoting functions held at the mosque. One of my highlights was organizing community events which were always well supported. I loved it when a Muslim boys’ team played a Jewish boys’ team in a football competition I organized. I sent my son to one of their education classes. I suspect conditions in Southend are not the same in some other places, but my experience meeting Muslims has been usually very positive.

I was taken to task recently regarding an area of community activism which is particularly close to me – helping the homeless. One way I do this is through a soup kitchen that I happen to chair. There was one occasion (I was not present) when we were let down with food being delivered. We decided to go to the nearby fish and chips shop and enquired if they could help. They did – not only did they drop everything to serve our homeless guests but they didn’t charge us. Two days later, I visited the shop to thank the owner. It turned out he was a Muslim and he explained that his action was part of what his religion teaches. On another occasion we were short of cooks and put out a request for help. This was met by two Muslim ladies, dressed in traditional attire, who cheerfully served delicious food despite been harassed by one guest. When we spoke after for me to thank them they explained it was their pleasure and again they didn’t want payment. They have since returned to us and we are proud to include them as part of our team. As I reflect on these incidents, I am again reminded of the words of the late Martin Luther King about not judging people by the colour of their skin (or in this case religious belief) but by the content of their character.

My point is that in a free society to which we aspire, we should feel free to criticize ideology and actions that are not good for society. It is not unreasonable to conclude that peoples ideology affects what they do. We should also be free to point out threats and how they might be withstood, and not fear doing so because it happens not to fit “the narrative”. But we also need to recognize society is made up of all sorts, and it works best when we are all able to get along together. While I advocate an approach that questions, warns and seeks out truth, we do well to seek better understanding and learn to respect each other and find common ground for the good of all.