Contrary to what I had earlier stated, I did get to watch some of the Royal wedding, albeit on catch-up. One of the reasons was because friends had posted on Facebook what a lovely occasion it was and not a few (and many more after that) remarking that the bishop who preached, preached an uplifting, worth listening to, sermon. 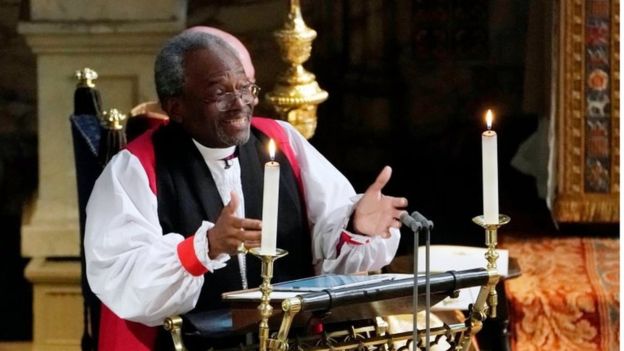 This was the prompter for me to watch the service, which I agree was uplifting and many other positive adjectives besides. I agree also the sermon was the highlight and when I listened to it the first time my reaction was “good sermon bishop”, knowing in such a public setting there would be limits in what was said or not said and to say anything else would seem churlish when the newly wed couple should occupy centre stage. There were two further reasons for thinking as I did, which are unique to me. The Bishop preached on my favourite book of the Bible: the Song of Solomon, something I don’t recall in any of the other wedding sermons I have listened to and, moreover, my favourite text: “Love as strong as death”. Also and remarkably coincidentally, I wrote a critical response earlier in the week to an article by the Bishop and a number of other prominent Christian leaders titled: “America first policy is a theological heresy for followers of Christ”, and I really wanted to reach out to those I disagree with and find common ground.

The overwhelming response by Christians I respect was positive. One began: “There has been an incredible reaction to Bishop Michael Curry’s sermon at the Royal Wedding today. Both the content and the manner of his talk broke the formality which so easily straight-jackets Anglican services and especially any religious events involving the Royalty. There was power, authority and a bold confidence in the way that Bishop Curry spoke.  As the world listened to him, I realised he was summing up why I am a Christian”.  Then there were the minority of dissenters. One commented: “I did have a problem with the American minister who rambled on and on but never seemed to get to a biblical point”. Another article began: “The world is rightly talking about Michael Curry’s wedding sermon. It was a ‘tour-de-force’. He is very good at preaching. But it also offers us all an insight into the dramatic difference between the two kind of Christianity that are at odds with each other in the Anglican Communion. We will call them for the moment, ‘Christianity-max’, and ‘Christianity-lite’. Credit where it is due. ‘Christianity-lite’ can be very appealing. It reaches out to where people are hurting and it encourages them. It reaches out to where they are longing for good change, and it promises them that change can come. It speaks continuously of love and hope. Everyone likes to hear of love and hope. But it has three serious flaws. It doesn’t define love, and it never delivers on the hope. It isn’t what Jesus preached.” 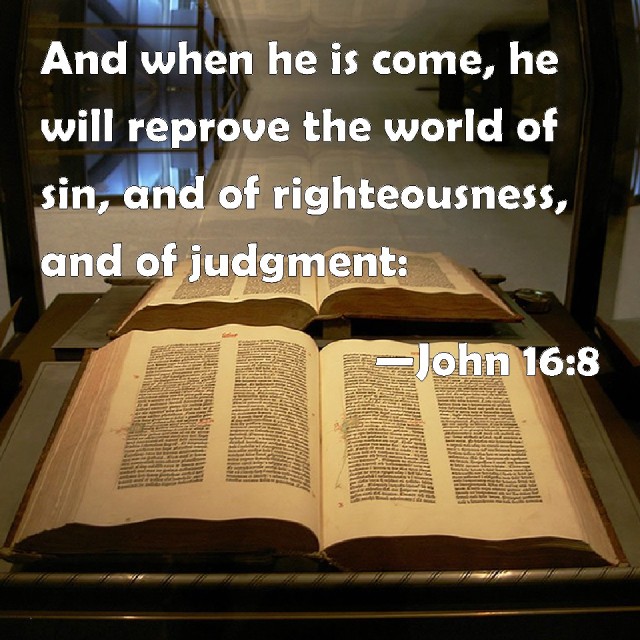 I was tempted to go through the sermon again in order to dissect it and give chapter and verse on what it was I might find objectionable as well as that which I can heartily endorse. That may have to wait for another time (I will be off to church myself shortly) but I felt a stake in the ground response was appropriate. Don’t get me wrong – the message of love (human and divine) is a powerful and needful one and O wouldn’t it be lovely if those gathered together in the church and the millions watching on their TV screens across the world took this on board, and how much better the world would be if they did. What better text to hang one’s thoughts on than Solomon’s love that is strong as death one. We should be thankful that many (I have seen figures of two billion banded around) have been exposed to important spiritual truth and maybe some will discover there is indeed a balm in Gilead that is able to heal the sin-sick soul.

But I do have a fundamental dilemma and while my own church is far from perfect, this is related to comments a number of visitors have made recently having been involved in other churches. Their complaint is they have been subject to soft soap and not hard hitting gospel truth, on the very matters the Holy Spirit has been sent to convict people regarding, and have sadly been sold short. I fear too we are seeing a famine of the Word of God in many places and that is why I write as I do. Please don’t get me wrong: “love is strong as death” and it is a message worth going away with. While the Beatles were partly right when they sung their “all you need is love” song, we also need to turn to the Lord. When all is said and done, good preaching is that which draws listeners to the divine. Sometimes it imparts a feel good factor; more often it convicts deeply.

Update 22/05/18: There is no doubt about it, the Bishop’s sermon continues to be a big talking point. Most of the Christians that have waded in with an opinion have done so positively and such that those of us who don’t entirely go along with this are often made to feel party poopers or kill joys. Undeterred and has often been the case in recent years, I have joined forces with the dissenters while trying to take good things from the sermon and its aftermath, especially the fact it has got people talking about important spiritual truths. But even so warnings must be given as it strikes at the heart of sound doctrine, e.g. “The Royal wedding: How it distorted the gospel for the whole world“. Another titled “The Gospel according to PB Curry” argues what was proclaimed was a false gospel and a repackaging of an ancient heresy that goes back to New Testament times. Why this matters is if that observation is correct (and I believe it is) because Christian leaders have been sold a lie this will be passed on to those who they influence. Of course, those of us who fear this, who are beholden to provide the necessary corrective, need also to recognise the message of love referred to in the sermon is one we are required to live out. But the love spoken of most in the New Testament is not the physical love that drew Harry and Meghan together in the first place, nor the sentimental love that permeates much of modern culture, but rather the sacrificial agape love that took Jesus to the cross, a cross we also must bear.

One thought on “The Bishop’s Royal Sermon – a personal perspective”