In my email feed today was a story titled “Ashers: ‘Support same-sex marriage’ Supreme Court hearing is over” and it got me thinking about a long running story that I have already blogged about (see here and here), concerning the Northern Ireland bakers that refused to bake a cake containing an inscription they disagreed with, on conscience grounds, and were prosecuted and penalized for discriminatory behavior, and now they are appealing against the decision – yet again. This is what the article says: 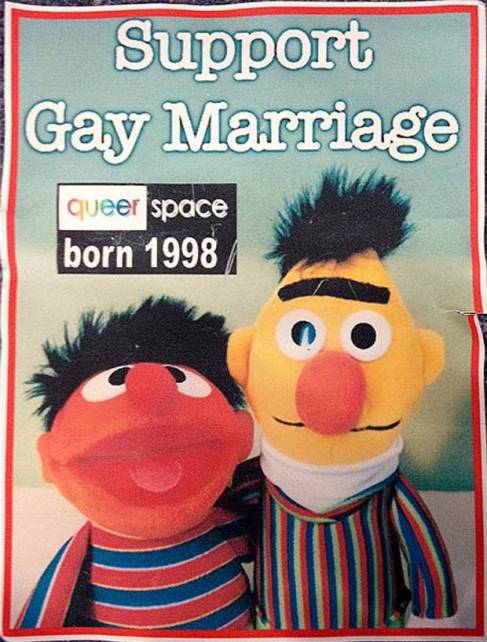 “The Ashers hearing has finished at the Supreme Court. After two days of legal argument, the five judges have adjourned to consider their ruling. A decision is expected before the end of the year. Northern Ireland is the only part of the UK where same-sex marriage is illegal. Despite that, action was taken against Ashers bakery for failing to fulfil an order for a gay marriage campaign cake. The taxpayer-funded Equality Commission for Northern Ireland has spent £150,000 pursuing the bakery in the courts. There is a simple issue in this case. Should the law compel someone to endorse a message with which they fundamentally disagree? The public overwhelmingly say NO. Yet a quango is willing to spend phenomenal sums of money to silence a family-run bakery that believes marriage should be between a man and a woman. We need to stand together against those who would take away our free speech.”

The subject of homosexuality has interested me for a long time and the reason is to do with my mantra as a gospel preaching community activist that seeks to engage with the market place of ideas and earning the right to do so by getting involved with and serving the wider community, including the LBGT one. But at the same time, I find I am having to defend the truth and those whose conscience won’t allow them to renege on the truth even when societal pressures try to force them to take to the easy path, but also trying to see things from the perspective of LBGT folk, and trying to understand their legitimate concerns over discrimination. A lot of water has passed under the bridge since the Bed and Breakfast owners were prosecuted for not giving a double bed room to a gay couple. This included same sex marriage being made legal and the Christian community to which I am attached becoming more LBGT aware and inclusive. It also led to my writing a book titled: “The Gay Conundrum” and a number of blog articles subsequent to this. The societal pendulum has swung steadily toward greater acceptance of same sex relationships and attention has now shifted toward tackling the transgender conundrum.

I do not wish to go over arguments on the rightness or otherwise of same sex relationships and the pastoral and other implications for Christians who believe similarly to I do as well as those who sadly in my view have preferred to be beholden to what the surrounding culture thinks on such matters rather than why God thinks, when dealing with LBGT folk, given these are laid out in my earlier book and an e-book that brings together these subsequent articles. What I would like to do, however, is to lay out my store by way of a summary as to what I believe concerning the Ashers case and wider:

One thought on “Ashers Bakery appeal to the Supreme Court”