Excuse me shooting from the hip, but time is limited while the burden is great. The burden in this case pertains to Britain leaving the EU and the obvious dithering, lack of progress in negotiating terms and division and lack of vision in the ruling party, and given that 16 months ago the British people through a fair democratic process made it quite clear what it is they wanted to happen. 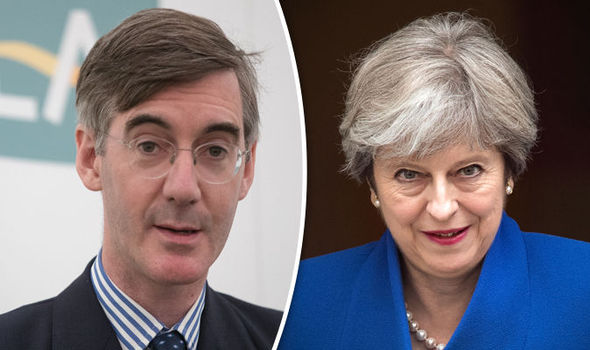 The slow lack of progress is beginning to wax thin and is counter productive.While I distance myself from Labour muddlement and LibDem capitulation, I am not convinced the Conservatives are on the right track either. From where I stand, they are falling for being brow beaten in the negotiations taking place, as the EU negotiators continue to get on their high horses, disdainfully claiming what the UK has offered is not enough to even interest them.

Perhaps among the bright spots waving the pro-Brexit flag is Boris Johnson, although I don’t relish the thought of this enigmatic maverick becoming the next Prime Minister, if as pundits predict Theresa May is soon on her way out. A better bet, because the guy has impressed me on a number of occasions, is Jacob Rees Mogg.

One example of why this posh dude has grown on me, and pertinent to this blog, is the excellent question and calm manner he asked yesterday of Theresa May in the House of Commons, asking whether we will be subject to the European Court of Justice when in March 2019 we officially leave. Her disappointing answer was we will be.

My opinion remains that if a deal cannot be reached then with regret we have to leave the EU with no deal. All will be losers of course and reaching a deal is in everyone’s interest, but the whole point about the EU referendum was the decision we continue as an independent nation not subject to EU restrictions, not because we are anti-Europe but because we dislike the way EU does things.

Sadly the still corrupt EU is not looking it is going to change their ways, given those who are at the top. Moreover, given trade deals matter, with whoever wants to deal with us and us with them, rather than wait until we leave, start negotiating now. The UK leaving the EU will be painful, especially if we continue to operate under inept leadership, but it need not be more painful than it needs to be.

Much as I like the thought of JRM being our leader, I trust no man, and trust only God. I am convinced more than ever that leaving the EU is right and if need be without deals being struck. I also think we need leaders of suitable calibre to lead us out of the EU nightmare.