A friend of mine recently shared an article titled: “The FAQs: What Christians Should Know About the Alt-Right”. I have to admit as a natural skeptic I worry when terms like “Alt Right” are banded around without agreeing the meaning first. I am pretty sure this term coined by Hillary Clinton might well have been equated with the “deplorables”, the very people who supported Trump and might well include me. I am also pretty sure many of those same deplorables would recoil from any notion of white supremacy, even though they might like a lot of what Trump stands for. 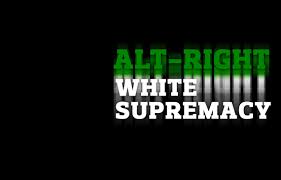 But at least the article sought to define terms: “What is the alt-right? The alt-right—short for “alternative right”—is an umbrella term for a host of disparate nationalist and populist groups associated with the white identity cause/movement. The term brings together white supremacists (e.g., neo-Nazis), religious racialists (e.g., Kinists), neo-pagans (e.g., Heathenry), internet trolls (e.g., 4chan’s /pol/), and others enamored with white identity and racialism”. It also referred to a Southern Baptist  resolution: “WHEREAS, Racism and white supremacy are, sadly, not extinct but present all over the world in various white supremacist movements, sometimes known as “white nationalism” or “alt-right”; now, therefore, be it RESOLVED, That the messengers to the Southern Baptist Convention, meeting in Phoenix, Arizona, June 13–14, 2017, decry every form of racism, including alt-right white supremacy, as antithetical to the Gospel of Jesus Christ; and be it further RESOLVED, That we denounce and repudiate white supremacy and every form of racial and ethnic hatred as of the devil; and be it further RESOLVED, That we acknowledge that we still must make progress in rooting out any remaining forms of intentional or unintentional racism in our midst; and be it further RESOLVED, That we earnestly pray, both for those who advocate racist ideologies and those who are thereby deceived, that they may see their error through the light of the Gospel, repent of these hatreds, and come to know the peace and love of Christ through redeemed fellowship in the Kingdom of God, which is established from every nation, tribe, people, and language”. If the definition is correct, Alt right is bad and as for the resolution, I agree, for every part of me recoils from the idea of basing and of my preferences on race – it is simply unbiblical.

I agree with the statement: “At the core of the alt-right movement is idolatry—the idol of “whiteness.” In building their identity on shared genetic traits the alt-right divides humanity and leads people away from the only source of true identity: Jesus Christ. The alt-right is anti-gospel because to embrace white identity requires rejecting the Christian identity. The Christian belongs to a “chosen race” (1 Pet. 2:9), the elect from every tribe and tongue (Rev. 7:9). “The chosen race is not black or white or red or yellow or brown,” John Piper says. “The chosen race is a new people from all the peoples—all the colors and cultures—who are now aliens and strangers among in the world.” This is why it’s impossible to truly follow Christ and be a white supremacist: How can we claim we are superior to people of other races when Jesus has chosen them? This is why it’s impossible to follow Christ and be a white nationalist: How can we claim to be sons and daughters of God while separating ourselves from our brothers and sisters? This is why it’s impossible to serve Jesus and advocate for white identity: How can your identity be found in the finished work of Jesus when you’re rooting your identity in the divisive work of Satan?”

Coincidentally, the article came to my attention only hours before the Charlottesville stand-off between right leaning protestors, many of which would fit the alt-right definition, and left leaning protestors, including Antifa and Black Lives Matter, aided and abetted by a hostile administration that ordered police to stand down, which intensified a situation that led to violence between the opposing groups. I suspect some of the right leaning protests are less interested in white supremacy and more that the culture has come under attack and they feel a need to defend it. For the sake of balance I would like to see a similar article that takes the alt left to task and an acknowledgement that many on, let us call them, the new right are NOT white supremacists and if Christian may have equally strong theological rationale for taking the position they do as the article’s authors have against the alt right. I also question whether Steve Bannon (still Trump’s strategist) is a white supremacist, as many of his opponents claim, but only based on what I have read regarding words coming out of his mouth.

As for me, race is a non issue in my politicking, because it is a non issue in my religion, which also condemns racism. I am pleased God continues to call people from all races and is no respecter of persons. I am pleased to still be married to a lovely black lady after 20 years, some of my closest friends are black and the gospel I preach is as much for black sinners as it is for white.