This has been widely reported in various media. The Sun has gathered together much of the information pertinent to this post in its article titled: “CHARLIE’S FIGHT When did Charlie Gard die, what have his parents said and how did the legal battle over his treatment end?” which begins: “the heartbreaking case prompted debate on medical ethics around the world – but little Charlie has now lost his battle”. 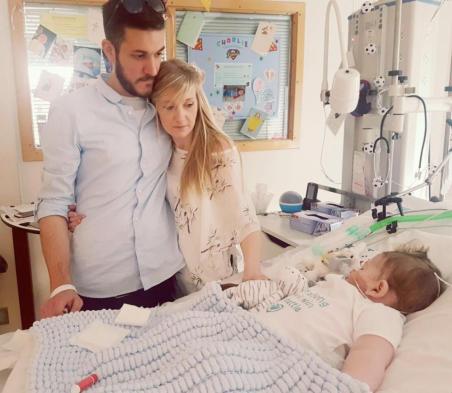 While this article is more about the legal battle regarding whether the parents end of life wishes and faint hope there may be a cure is the focus of this post, the first thing is to want to pay our respects and to Charlie and send our commiserations to Charlie’s parents, even though it feels so hollow when we do that. Chris Gard and Connie Yates, were faced with an awful dilemma and one we would not wish on any parent. The medical opinion was almost entirely united come around the start of the year that Charlie could not be saved and in order to prevent further distress to the baby his life support system should be turned off in order to prevent further suffering. The parents did NOT concur, and hoped, even though it was a remote one, that a new treatment, only available in the USA, could be tried that might save Charlie’s life. Theirs was an awful dilemma doing what parents do – clinging onto hope, even though that meant clutching at straws, and this was not helped when the USA medics did not begin to seriously examine the case until it was too late. It happened that as far as British law goes: medical opinion trumps parents wishes and Chris and Connie had to go through the court system for their wishes to prevail, an attempt that failed. In the end after many hearings and trying to find compromises that earlier medical decision was upheld, and on July 28th Charlie died.

I must admit I have been following the cases, especially in its latter stages and have been betwixt and between what to think. I have been mindful of the anguish being faced by the parents and the indignant protestors at the way the parents’ wishes have been ridden roughshod over. This has been accentuated by reports by what some call the Alt Right (USA style) who have been vehement that what we are witnessing is another example of high handed state power feeling entitled to go against the wishes of the parents. It was also evident that at the end nothing was going to prevent the inevitable – Charlie dying, and keeping life support going only postponed when that happened and likely added to Charlie’s distress. It is as I say and awful conundrum to face by any concerned for Charlie’s welfare. I have no doubt that the hospital shared these concerns and so did the courts, whether or not we agree. In the meantime, Charlie’s parents have made an impassioned argument for their viewpoint, articulating the quandary they were facing, on their website.

I have little doubt the ethics of the decision made will be long debated. One report I turned to was by socio-political commentator, Melanie Phillips, who called the campaign to save Charlie and allow him to go to the USA to receive treatment as “cruel and ignorant” (see here). This is pertinent as she is the nemesis of the liberal left, the sort of folk that one might to want state intrusion trumping parental choice. As for me, I see this as a harmful tendency in our culture (not in this case so much, but in a variety of other cases when it is clear, in my view, that the parent’s wishes ought to be respected). The caveat is when the parents clearly aren’t acting in the best interest of the child (although still it begs the question – who decides?) or worse still when they are found to be abusing the child, in which case we expect the state to intervene.

I have to confess as I conclude I do so with a sense of unease. I do not intend to judge other than those who with an ideological agenda exploit peoples’ sensibilities but rather ponder when should the state overwrite parents wishes, which remains an issue in areas like home schooling, child upbringing and vaccines. As one skeptical about official ability and jealous for parental rights, this is a key matter. When Charlie’s condition was first realized and the USA treatment option recognized, that was the time to do something, but it was NOT allowed. By the time the court process was exhausted, made even more distressing that this was time better spent by the parents with Charlie, it was too late. This may be an exceptional case but I have little doubt future cases will arise and the vexed question will be faced: who has the final say: parents or state?