One of my early jobs on my way to becoming a full time community activist (around the turn of the millennium) was to do research in order to compile a mental health directory of where to go for help if you have a mental health issue. Not long after that I helped to set up a charity / project (Trust Links / Growing Together) to help people with mental health issues. One of the revelations as part of that research and working in the field of mental health was LBGT people were proportionality more liable to experience mental ill health than non-LBGT people.  Moving on a few years to when I was a Street Pastor, on one occasion we came across a girl who had been attacked because she was a lesbian and we were able to assist her and her partner to some small extent. It was the first time I had seen first hand someone being attacked physically for their sexual orientation, although I have seen many other attacks (physical and other) where the main reason seemed to be that the victim was different. 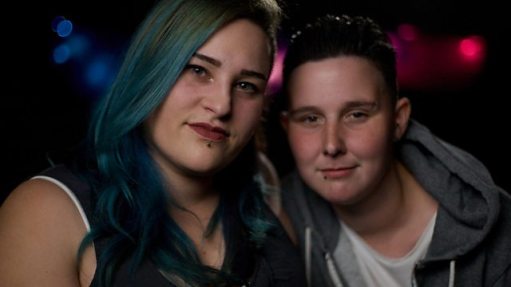 These two experiences came to mind when I watched a BBC documentary titled: “Is it safe to be gay in the UK”. The accompanying blurb was: “With homophobic hate crime a daily occurrence and on the rise, this film takes a look at the issue, hearing from the victims, their families and the police. What makes someone attack another person because of their sexuality? How do victims deal with these unprovoked assaults? To explore this ongoing issue, the documentary visits Alex and Becky as they prepare for a looming court date, hoping to get justice for an unprovoked attack on them in the streets of Croydon. It reveals the pressure heaped on Dain and James’s relationship, a year after they were viciously attacked in Brighton, leaving Dain with a broken eye socket and both of them with multiple injuries. Connor discusses the ongoing health implications stemming from the brutal attack on him when his flatmate took a hammer to his head as Connor lay sleeping. And Jenny talks about her brother Ian, who died of injuries sustained in a homophobic attack in the centre of London. We also hear from a chorus of other LGBT people, who describe the attacks on themselves and recite a litany of the abuse that they have received, simply for being who they are”. My comment on Facebook after watching was: “wouldn’t put it in you really need to watch category friend1 but it was an eye opener even though I thought I had understood what is going on and my own philosophy that I would like to think others share is to treat people the way I want to be treated. Yet watching this video made me realise the hate out there is palpable and it seems that gay folk are soft targets and being attacked takes its toll psychologically etc. I would like to think such attacks are rare just like I once thought racism was but sadly homophobic people who are all too prevalent and some are violent in the same way we see in those who react against any they see to be different. Sometimes the criminal justice system lets down the victims. Whatever my views on LBGT related matters I will (I hope) always stand with LBGT folk who are subject or prone to such attack. Thanks friend2 for pointing out this documentary. All deserve to live in dignity and peace”.

I have to admit though, and as I indicated in my Facebook comment, I was taken aback that people would be attacked simply because they were openly gay, which if the documentary is to be believed are not isolated incidents, and that this left victims with psychological affects, including as a result of being let down by the criminal justice system. We are a long way from being a society that universally loves rather than hates and many do not adopt the golden rule. Even as one with strong views on all sorts of matters, including LBGT issues, it seems to me that while it is right to expect people to follow the law and be considerate toward other people, or else face the consequences, that all people should be respected and treated decently whatever their circumstance in life etc. happens to be. To say the documentary was an eye opener is an understatement. While it does not change my anti liberal views, it does make me realize there is an issue when it comes to how those who are different are sometimes treated and we must stand with them, including working toward a paradigm where it is safe to be gay (or straight) in the UK.

One thought on “Is it safe to be gay in the UK?”