I was intrigued to read an article in our local news paper (Southend Echo – 10th July) with the title: “Town could become the first to install lockers for rough sleepers to store their belongings”. This was shared on Facebook and some interesting views were put forward, and many of them were quite valid. 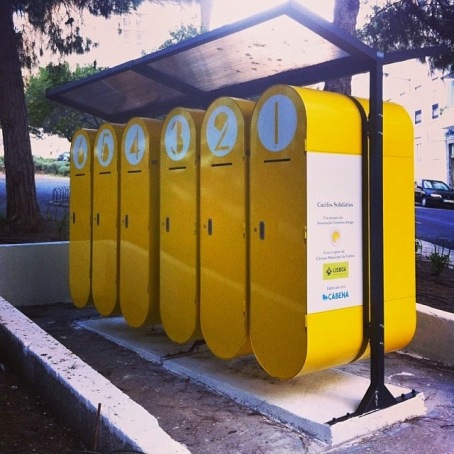 Part of my homeless activism is to recognize there is a significant cohort in my town (Southend) who sleep rough every night, conservatively estimated as in excess of fifty, and while we can’t address many of the major concerns overnight, like the lack of suitable accommodation and support, there are things that we can do to make the lives of our rough sleeper friends that more bearable.

I have long been aware that one of the problems of being homeless is where to store stuff. Homeless people often find ingenious solutions around this and most are far from satisfactory. Going back a few years the ideas of lockers were raised in my own circle of helpers but there were all sorts of logistical problems around making this a reality and it was felt we needed to focus on what we could do.

For this reason I found the article of particular interest even though the person who proposed the scheme based on what he had seen work elsewhere was not someone I was previously aware of. Today, along with a homeless activist colleague, I met the guy proposing the scheme, along with the Councillor responsible for homeless issues in the town, both referred to in the Echo article. We had a free and frank exchange of views, including considering all the concerns people have raised if such a scheme were to be viable, but the bottom line is introducing the scheme in Southend is a possibility.

It is early days yet but not only has the seed been sown but a number of the interested parties have already been approached and there is a distinct possibility that the scheme could be introduced in the not too distant future. Not only will rough sleepers who take up the offer have a place to store their stuff securely, but it links to many other possibilities, including an address where communications can be sent and the possibility of linking to other services that will be of interest to rough sleepers and even them coming off the streets.

There are some that would not want to add to the magnetic attraction Southend has for rough sleepers generally, but I would argue our showing innovative compassion will positively raise the profile of the town and if love thy neighbor is a good thing this is a practical way we can do that. While I remain a skeptic, I mention these matters with a degree of optimism and a watch this space tag.

Update 29/12/18: Today I received this message, following a session of a night shelter I manage: “A few of the guests mentioned that they were having difficulties with carrying their bags and this was causing back problems. We chatted about wheeled bags and suitcases and I said I would speak to you both about it“. My mind went back to this article, posted 17 months ago. Sadly, progress has not been made to my knowledge. There are several homeless folk that have to lug their stuff around. A good solution is needed.