We have had many conversations about Donald Trump and despite our best efforts we have failed to convince the other concerning our opinions of the man. If one were to divide human kind into good, bad and mad, I would see Trump as more good and you as more bad and mad. I agree with you that we may well have to agree to disagree on the matter. If we do not, we could end up destroying each other. 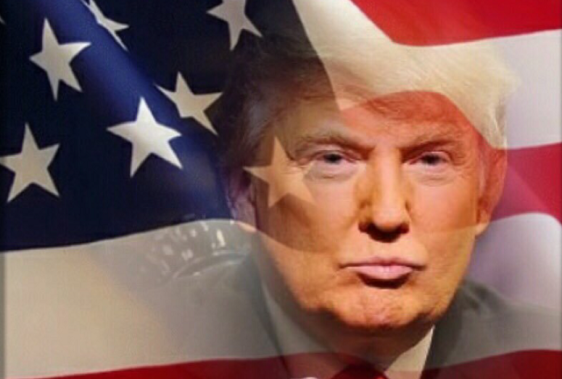 Neither of us expected Trump to be President and we were both surprised when he emerged victorious from the election. The difference between us was: I felt he was the best of at least a bad bunch, a possible King Cyrus type of ruler and you thought he was just a bad king. I was reminded of Franklin Graham visiting every state in America prior to the election, primarily to encourage prayer for the nation. I concur with Graham when he said that Trump becoming President was the answer to our prayers. Now half a year into his presidency, I am even more convinced this to be the case, and this despite Trump’s narcissistic egotism and other faults.

I won’t articulate all my reasons for coming to this view (I have posted several times on the matter on my blog) but let me state two. It has become evident as I have more closely followed American political life this past year or so that “the Swamp” Trump referred to in his campaign is big and bad, and it needs draining. We differ of course in that you see Trump as being part of that swamp whereas I believe he is more likely to drain it than any of the alternatives, and the rise in the exposure of high level pedophilia is one example of this happening.  I also sense there has been an unwholesome move to the New World Order notion in recent years and this will eventually lead to the rule of the AntiChrist. Trump with his brand of “America First” is a welcome corrective to such a tendency.

You claim spiritual discernment concerning these matters as do I, but we can’t both be right. I agree many Christians I know think like you, but few match your depth of knowledge, even though it is narrow and fails to take in all the facts. That claim might also be made toward me and part of the reason for this is neither of us know more than a fraction of what is going on or what is in the hearts of men and both of us rely on biased media to inform us: you with liberal leaning mainstream media and me with that of the “alt right”, often elaborating upon conspiracy theories. I like to think that like me you recognize the dangers. I am sure we also agree on many matters regarding what is good for America and it is a pity that sideshows like the fake Russia narrative have been a distraction.

But where do we go from here? I was brought up in a Christian setting when it was impressed on me by my then mentors that I ought not get involved politically. As the old hymn says: “this world is not my home, I am just a passing through” and as ministers of the gospel we are bound to point folk to a heavenly home that is theirs if they follow Christ. But later I came to realize that what happens on this earth does matter and we are here to do good, and if that is the case political involvement cannot be discounted, even though we have the luxury unlike many in world today or our New Testament forefathers, to offer and press dissenting views.

It does worry me that by having the debates that we do, we have sometimes created more heat than light and that while the issues raised are important it can become a distraction from what is the most important issue, such as fulfilling the Great Commission. I fear that not only has a great delusion fallen on the world and this has to an extent carried over into the church, and this is not just among Catholics and Liberals but Evangelicals too, but it has also added to disunity when the need of the hour is for unity and being thus united we will point people to the One who has the answer to everything, who can (and does) impose and dispose of kings by a mere word.

Yours in that One