In the past year or so, especially as I have began to follow more closely US politics in this Trump era, the name George Soros has cropped up many times. Usually it has either been in the context of admiration or revilement, with little that is in-between. What is apparent, Soros is a significant player in world events. While he holds no official position of power, it is evident that behind the scenes he is often calling the shots, and part of the reason for that is he has given from his vast wealth to fund numerous causes, usually “progressive” ones. There is no shortage of material on the web to be found concerning Soros. According to Wikipedia: 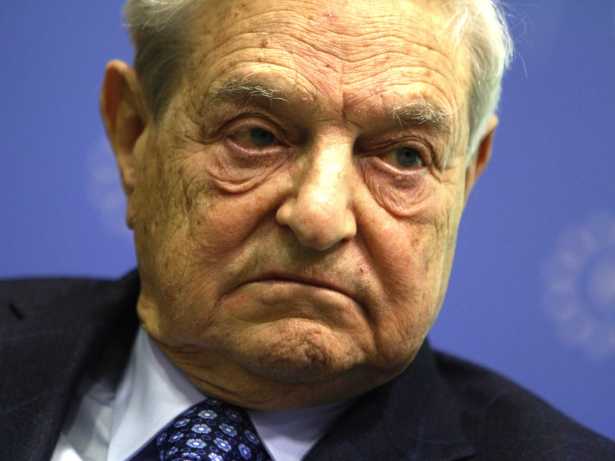 “George Soros, born 1930, is a Hungarian-American investor, business magnate, philanthropist, and author. Soros is considered by some to be one of the most successful investors in the world. As of May 2017, Soros has a net worth of $25.2 billion making him one of the 30 richest people in the world. Born in Budapest, he survived Nazi Germany-occupied Hungary and emigrated to England in 1947. He attended the London School of Economics graduating with a bachelor’s and eventually a master’s in philosophy. He began his business career by taking various jobs at merchant banks before starting his first hedge fund, Double Eagle, in 1969. Profits from his first fund furnished the seed money to start Soros Fund Management, his second hedge fund, in 1970. Double Eagle was renamed the Quantum Fund and was the principal firm Soros advised. At its founding, the Quantum Fund had $12 million in assets under management, and as of 2011 it had $25 billion, the majority of his overall net worth. He is known as “The Man Who Broke the Bank of England” because of his short sale of US$10 billion worth of Pound sterling, making him a profit of $1 billion during the 1992 Black Wednesday UK currency crisis. His early studies of philosophy led him to develop and apply Karl Popper’s General Theory of Reflexivity to capital markets, which he claims renders him a clear picture of asset bubbles, fundamental/market value of securities, as well as value discrepancies used for shorting and swapping stocks. He is a well-known supporter of American progressive and American liberal political causes and dispenses his donations through his foundation, the Open Society Foundations. Between 1979 and 2011 Soros donated more than $11 billion to various philanthropic causes. He played a significant role in the peaceful transition from communism to capitalism in Eastern Europe in the late 1980s and early 1990s, and provided one of Europe’s largest higher education endowments to the Central European University in his hometown”.

His own website states: “George Soros has been a prominent international supporter of democratic ideals and causes for more than 30 years. His philanthropic organization, the Open Society Foundations, supports democracy and human rights in more than 100 countries. The Open Society Foundations work to build vibrant and tolerant democracies whose governments are accountable to their citizens”.  In one of his articles he writes: “Open societies are in crisis, and various forms of closed societies – from fascist dictatorships to mafia states – are on the rise. Because elected leaders failed to meet voters’ legitimate expectations and aspirations, electorates have become disenchanted with the prevailing versions of democracy and capitalism… In 1947, I escaped from Hungary, by then under Communist rule, to England. As a student at the London School of Economics, I came under the influence of the philosopher Karl Popper, and I developed my own philosophy, built on the twin pillars of fallibility and reflexivity. I distinguished between two kinds of political regimes: those in which people elected their leaders, who were then supposed to look after the interests of the electorate, and others where the rulers sought to manipulate their subjects to serve the rulers’ interests. Under Popper’s influence, I called the first kind of society open, the second, closed. The classification is too simplistic. There are many degrees and variations throughout history, from well-functioning models to failed states, and many different levels of government in any particular situation. Even so, I find the distinction between the two regime types useful. I became an active promoter of the former and opponent of the latter”.

There are many who applaud his open society ideals e.g. in supporting minorities and providing scholarships to those who cannot pay for their education. Yet regarding Soros the baddie, there is a plenty of dirt that can be placed on him, especially by those who follow the alternative media, like Alex Jones, who see him as evil and points to him as being a one time and unrepentant Nazi collaborator. Rather than go over the anti-Soros points, I refer to three articles found as a result of a simple Google search (here, here and here). I first came across him when there was that run on sterling all those years ago as a result of Britain’s entry into and withdrawal from the ERM, when the biggest beneficiary was Soros. I was intrigued to learn he was influenced by the philosopher Karl Popper, who years ago I studied and I was impressed by. Given my antipathy toward Soros, this is one aspect to return to. As for disliking what Soros stands for, besides reasons given in the three articles, it seems to me that he has been behind funding organizations I regard as overall harmful, e.g. “Black Lives Matter”, “Planned Parenthood” and “Antifa”, and those whose aims are to bring down Trump, people who I look on with suspicion, e.g. Barack Obama and Hillary Clinton, parties that are going down the wrong path, e.g. the Democrats and ideologies I see as harmful e.g. open borders and globalism, and that which is opposed to “making America great again” e.g. the financial system. While seen to be more as the domain of conspiracy theorists, there is evidence he has done some and intends to do more dastardly deeds.

I realize there is a lot more digging that I need to do before coming to a fully rounded view of someone who claims good intent and arguably delivers bad outcomes, not just in the US but the world at large, if he is indeed part of the hidden hand leading the world on a path toward catastrophe. But that he is a player, including in the culture wars that have upped a notch following the election of President Trump, I have little doubt, and predict we will see further shakings, where Soros will have played a significant part behind the scenes. I am obliged as part of my watchman activities to consider movers and shakers; and Soros is pretty near the top of that list.