Much of what I wanted to say about the French Presidential elections I said in my earlier blog post, following the announcement of Round One results, leaving Marine Le Pen and Emmanuel Macron as the two left to contest Round Two, and despite learning last night what that outcome was I still stick by what I said then. 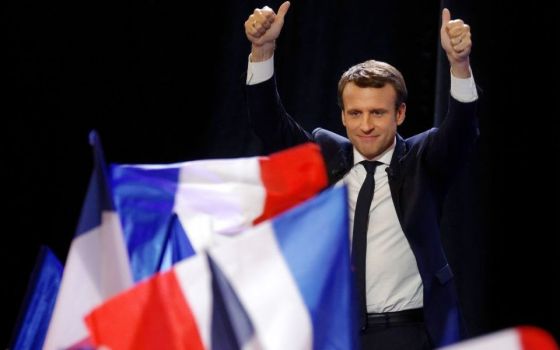 Both candidates I felt to be severely flawed (leaving the French people, like the Americans back in November, with an unenviable choice), although for many close to me Le Pen’s Fascist links was enough to want her to be defeated. On that score, I note those concerns and while much of what Le Pen has said of late I agree with, I recognize there is at least some substance in such claims. And according to script Macron won, even more convincingly that what I had expected, getting twice the votes that Le Pen got. Reuters report titled “Macron wins French presidency, to sighs of relief in Europe” captures what I would imagine the feelings of many. We wait and see whether he gets enough support in next month’s French Parliamentary election in order to carry out his agenda, and tackle the problems that divide French society. If he doesn’t, Le Pen could well win next time. What does appear to be the case, many of those who voted for other candidates in Round One got behind Macron in Round Two, as seems customary in French politics. Yet given a quarter of those who did vote spoiled their ballot paper  indicates many voters did not want either candidate.

The result is significant for many reasons, not least it halts, at least temporarily, the populist / nationalist tendency we have seen more recently, begun under Putin and continued with Brexit and latterly with election of US President Trump, and an ideological struggle and global upheaval to come. While I have qualms concerning Le Pen, I have equal and opposite qualms concerning Macron: 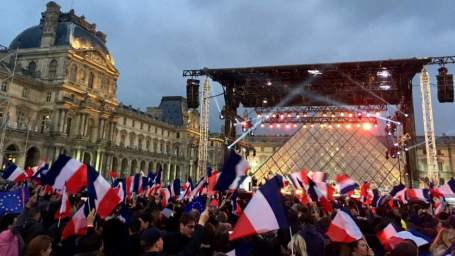 But the French people have decided and this with an unexpected 2:1 majority, and that is what matters, although I dare say there will be fraud claims. As I survey history, leaders come to the fore ranging from great to awful, and can as easily be deposed as circumstances dictate. My instinct is Macron is not a good choice. I hope I am wrong but fear I am not. It was ominous that his victory speech was against a backdrop of the EU anthem rather than the French and a building that is dedicated to Lucifer. Sadly, I agree with the Sun – it was not so much the people voting for Macron but rather against an extremist in Marine Le Pen, and it is all likely to end in tears.

One thing I know: God is sovereign regardless of election outcomes and I must continue to watch and pray, not just “Thy kingdom come; Thy will be done” but also for this new president.