I was disappointed but not surprised when I saw a post on my Facebook page, which was a short video clip where the title and subsequent theme was Tim Farron refuses to say if he thinks homosexuality is a sin. He had been asked the question before and his response was ambiguous, as it was this time, despite being pressed on the matter, although later when further questioned he responded in effect that it wasn’t a sin. 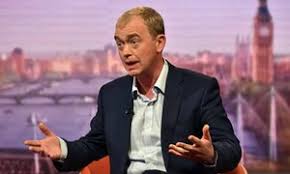 The point of contention for Farron is that given he is a Christian he is beholden to follow the teachings of the Bible (which I will get to) and this should take precedence when offering an opinion. I will not try to speak for him or explain his views (which I am not entirely sure of anyway) but do feel he was put into a difficult if not impossible position and don’t think he should have been pressed on the matter or castigated for not unequivocally coming up with the politically correct view people expect. While he has my support, it is likely his reticence answering the question puts him at odds with most in his party, although I regret the focus was on homosexuality when the question could be asked about so many other things and to other people with “dubious”views, but aren’t. One Christian based response: “Tim Farron has been found guilty of being a Christian (and it will cost him)” articulates well many of the concerns and inconsistencies we are now seeing.

I have often pondered on questions like these myself as well as the implications this has on Christians holding traditional, conservative views as far as pastoral ministry goes and if like me they wish to play a full part in community activism without compromising on their beliefs. It was for this reason I wrote “The Gay Conundrum” and have blogged on a number of occasions concerning LBGT matters. While things have moved on and society and many in the churches accept gay marriage, the issue won’t go away as this story illustrates as well as evidence of homophobia in society and among Christians. While I think Farron has been put in an impossible position and has done his best to appease his critics and be true to his faith, I would have liked him to be less compromising when answering the question and his lack of clarity will come back and bite him.

Regarding the question, my response would likely appear ambiguous as I realize such questions are often asked with a view to entrapment and when responding it is sometimes helpful to elaborate and provide caveats and contexts in order not to be misunderstood. I have a number of LBGT friends and believe in LBGT rights and equal opportunities, and people should be respected regardless of their sexual orientation. I quite get that some are attracted to members of their own sex. While the Bible says little about homosexuality and I get it when some scholars argue it is not as condemning as is often thought, but I do believe it teaches that marriage should be between one man and one woman and for life, and it should be the only setting for sexual intimacy. We are all sinners, just as Mr Farron tried to point out, and when addressing the subject of sin there are many other sins that might be considered before the supposed sin of homosexuality – all need turning from.

Update 12/01/18: A fair bit of water has flowed under the bridge since I first posted this article. One is that Tim Farron has stepped down as Lib Dem leader, citing one reason that him being a practicing Christian and leader of the Lib Dems had given rise to too many conflicts. I will not judge one way or another on his reasons other than express my regret that in a day when we could do with more practicing Christians, with ability, in politics, including giving good leadership, where this a dearth, that there isn’t a place for someone like Mr Farron. I suspect the LibDems like all the main parties have strayed further from the Christian ideals that brought them into being. I applaud those Christians who “get involved” in mainstream politics and like Farron pay the price from antagonists. The matter was raised recently when he said that he should have been more forthright in expressing his beliefs, which I concur. Christians need to live in the real world and rub shoulders with those who see things very differently, but surely there has to be a place for those who can speak the truth plainly yet also winsomely, working in the rather murky political arena but in the interest of serving the community and the common good. My advice to the new generation of wannabe politicians, especially if Christian, is to hold your nerve, maintain your integrity and deliver on your promises.