Like many others, I was intrigued when I found out that Theresa May had made it known she was going to make an important announcement from 10 Downing Street at 11.15 am today. While I realized it was going be significant and I might be surprised given I didn’t have much of an idea what it would be. A little after then, while out and about, curiosity won out; we couldn’t resist checking up on the Internet what the announcement was. 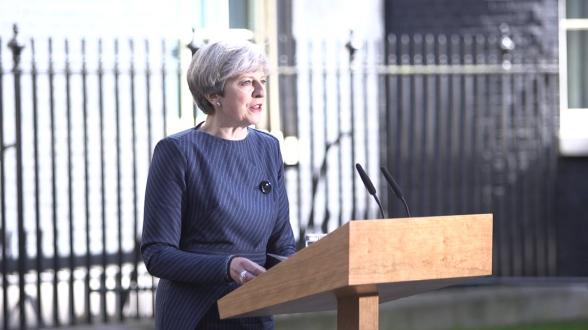 “Theresa May announces snap general election on June 8 to ‘make a success of Brexit‘” was one of many newspaper articles covering the announcement, and social media was full of comments and discussions about what to many, besides me, came as a surprise, especially as she has often said, even until quite recently, that this is something she would not be doing. My initial response was mild disdain and that it was a cynical ploy to take advantage of the fact that the main opposition party is in disarray, to put it mildly, and she could reasonably expect her Conservative party to increase their majority and thus consolidate power. Right now economy and national stability wise, the UK is doing relatively ok, but that may not be so in 2020 when the next General Election would have been due and thus provide a greater threat to Conservative dominance.

As I reflected further, I could see a justification for her decision. As for opportunism, that is the way of politics after all. But clearly the main factor that was behind this decision was Brexit and that all the parties other than her own were giving a hard time, threatening to be a disruptive influence and at best go for a watered down version. At least she can put her case to the country. Even in her own party some are wavering regarding Brexit and this is a chance to stamp her authority. At least the matter can now be presented clearly to the electorate and while there is a risk that she might come undone (as did her predecessor who called last year’s referendum) it is more likely she will receive a vote of confidence (the bookies think so) – which we will find out soon. So let battle commence and as always I hope, perhaps forlornly, for an intelligent debate, not just what we want out of Brexit but the direction of the country overall and issues of the moment like the NHS and austerity cuts. Having five years rather than three to negotiate Brexit and post-Brexit deals does have its attractions and will also have influenced the decision. I suspect with monumental world events in the offing and the war between nationalism and globalism hotting up there will factors that will have a significant bearing that not of us could have factored in.

I have no doubt there will be some interesting exchanges in the lead up to the General Election and some blogs on the matter (maybe a welcome respite from US politics). I am not a Conservative any more than I am not a supporter of any other party, but as far as Brexit goes I am much closer to May’s Conservatives than any other party, although I fear her version of Brexit is softer than mine and will pursue this if given a mandate. I should add I have qualms over issues like social injustice and effective opposition. It will be interesting to see how Labour, the Lib Dems and especially the SNP do, for all have a lot to prove. Labour given recent evident disunity and desirous to provide a credible alternative; Lib Dems which had reached a low and are now on an up (and set to recruit disillusioned Labour supporters); and the SNP who are staunchly anti-Brexit and are calling for  another independence referendum as a consequence. While UKIP and the Green Party have threatened in recent years to be the alternatives set to replace the tired old traditional parties, I suspect they won’t play a big part in the election. I predict a low turn out as many are fed up with elections and won’t be voting.

While I have warmed more to my own local MP in recent months, some of my earlier criticisms still apply and I would love to see an effective challenge. Sadly the British electoral system is such, it is difficult to see any other outcome than him getting returned. It will be an interesting next six weeks with many fireworks to come.