I confess, I know little about Dutch politics and, moreover, despite this being an important factor in what I am about to write, I have no intention to do much more than a superficial read up of what is going on. While one must never generalize, the two things I have picked up talking to Dutch people over the years are many of them are nice and as a society they tend toward being liberal and tolerant. 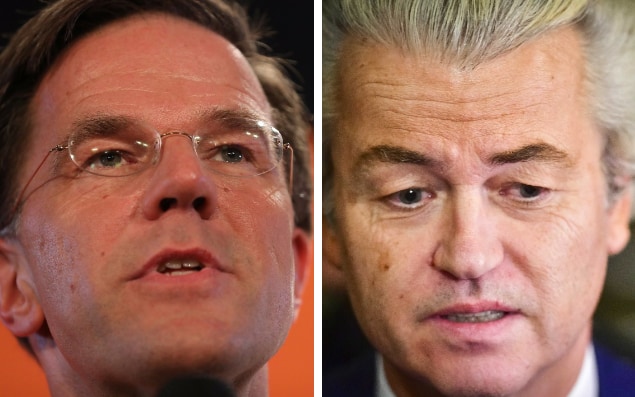 One of the moves that has been quite apparent in the past year or so, in western society, is that toward nationalism and away from globalism, and a reaction against too much immigration. Sometimes the word “populism” is used (I think often unfairly), and just as unfairly “Islamophobia”. I am loathe to use the term “far right” without defining what this means and, in my experience, many I have come across who support such moves, I would not regard as particularly politically right wing. In the case of the guy many were afraid would steal the Dutch general election, just held, Geert Wilders, there is much he would take issue with when it comes to other “right wing” politicians in other European countries.

The move we are seeing probably began before Brexit, starting with Russian Nationalism; then there was the decision to leave the EU in last June’s EU Referendum and Trump’s victory in the US Presidential election (both were unexpected). All over Europe, notably France and also Holland, there has been the prospect of “far right” politicians gaining power, continuing this anti-globalist, populist revolution. Some fear the worse, that we would again see a rise in Fascism, such as occurred in Germany in the 1930’s. It even occurred in the UK and I well recall my mother, who grew up in the East End of London, telling me unsavoury stories of anti-Semitism just prior to the War. The fear is that we may see something similar again, with new ethnic groups being targeted, such as Muslims, black people and those from Eastern Europe.

But yesterday’s Dutch election result suggests not only that a move to the right is no foregone conclusion, for there are other counter concerns people have, which would lead them to oppose such a move. While populist sentiment is growing across Europe, there are many who recoil from and oppose the hate message often accompanying those bringing such a message. According to one report: “The Dutch election on Wednesday had been billed as a litmus test for populism in Europe after last’s year British vote to leave the European Union and the election of US President Donald Trump. With centre-right Prime Minister Mark Rutte on course for a resounding victory over anti-Islam and anti-EU Geert Wilders early on Thursday, there was relief from other EU governments facing a wave of nationalism. But there were also warnings that Mr Wilders and the the far-right movement across Europe would not quietly fade away”. I know too little about Rutte and Wilders to comment meaningfully, and while I would be less harsh than Wilders regarding Muslim immigration and in his attitude toward Islam, I do see these as potential threats to be taken seriously.

If I were to take conspiracy theorists like Alex Jones and David Icke seriously, which I do but with reservations (especially their idea of lizard like creatures), what we are seeing is a bid by the globalists to take over the world now being resisted by the patriots. As I have explained in previous blogs, I am not a globalist. While I can see obvious advantages of one world government, I believe the disadvantages outweigh the advantages, whereby a tiny elite gains power and oppresses the majority, who they regard as “plebs”, expendable and inferior. One way to achieve this is to increase immigration, with the added sting that many of the immigrants are Muslim, and to create a refugee crisis. In doing so, national identity will be subtly eroded, allowing the globalists to take over, being seen as those with the answers to the mounting problems that they helped to create. But there has been a massive set back and what we are seeing now is the resistance, and the resistance to the resistance.

I am pretty sure the likes of Jones and Icke provide powerful evidence to support their claims, but as for me I maintain a healthy skepticism. I realize now, the reason I am pro-Brexit and pro-Trump and at least sympathetic to some of the concerns of the far right, is because I am anti-globalist, believe in tighter control concering immigration, fear the threat of Islam based on evidence and am worried about the erosion of national identity (not to be confused with nationalism), while recognizing the contribution of those who come into the country from other cultures. I believe “love thy neighbor” is important, including toward foreigners and Muslims and especially toward genuine sanctuary seekers. While we live in momentous times, where the moves and counter moves outlined above are being played out before our eyes on a daily basis, we ought not fret if our trust is in the Almighty, who cannot be moved.