Over the past two years or so there have been a number of stories about those purporting to be homeless taking over and squatting in buildings in and around Southend, until such time they get evicted. 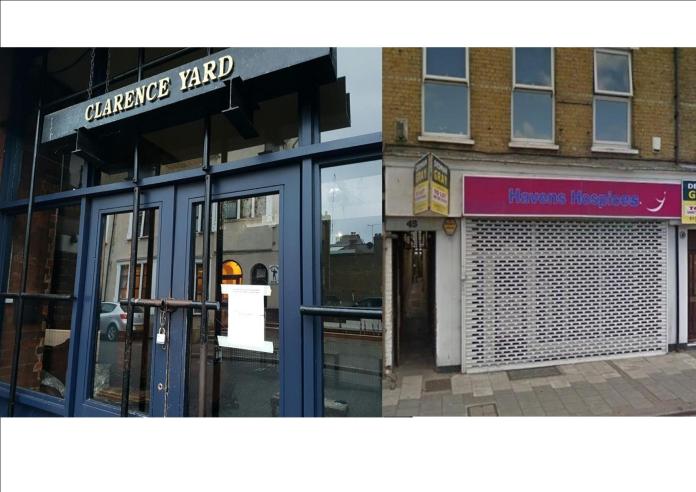 These have been well reported and no doubt have given rise to mixed feelings. The latest are: Clarence Yard, recently purchased by the owners of Adventure Island (see here) and Havens Hospice charity shop, belonging to a charity that supports terminally ill adults and children (see here). It happens that I know some of the squatters and also the owners and have tried to help as a mediator (thus far without success), knowing how costly this may turn out to be for the owners as they attempt to legally evict the squatters.

It would be tempting to enter into a philosophical discourse concerning the rights and wrongs of squatting (something that along with squatters rights I have known about for years), but I will refrain from doing so other than make the observation it is wrong there are people living on the streets with little prospect of being permanently housed (a present day reality) and empty buildings that in some cases remain empty for years. It is also wrong to take over a property that doesn’t belong to you and two wrongs never make a right.

Often it is hard to be sympathetic with the owners whose buildings are taken over, who seem to care little for the community they operate in and are quite content for their building to remain empty for a long period. In these latest two take overs, that is not the case. It is regrettable that in one of the cases cited the building belongs to a business that does a lot for the town economy and supports the local community, who really want to get cracking bringing the building up to scratch. In the other case, the building belongs to a charity that does amazing work among the terminally ill, which relies almost entirely on charitable giving. In both cases the owners are faced with sizable bills and lots of grief in going through the expensive and inconvenient process of removing the squatters.

Picking up on one of the reports, I note a quote from the local councillor, under whose brief these matters fall. He is reported as saying: “We do not advocate squatting in any form. It is a huge inconvenience and cost to those who own the property and there is no excuse for it. If they are homeless they should present themselves to the council and go through the proper channels“. While all that sounds reasonable, there are many who do through the proper channels and while many are helped some still remain homeless, and therein lies a conundrum pertinent to this matter. As one squatter told me: “I would much rather sleep in the shop than in the shop doorway“. Having seen what happens in the latter case as a result of the elements and abusive passerbys, one can see why.

I like to feel I am good terms with the squatters and the owners and can talk to all parties straight forwardly, as well as with those who are able to help the homeless. As much as I would want to empathize with the squatters and their plight as rough sleepers, who understandably feel let down by the system, my sympathies are more with the owners. There is a homeless problem in Southend; that I have no doubt. I will continue to help through my charitable work and raise awareness by my writing and community activism.

As for the two squats in question, I hope for a speedy resolution and that it is not merely a matter of passing on the problem to the next unfortunate building owner, with squatters continuing to squat and doing no more to better their situation. While realism tells me we are in for a protracted legal pantomime, causing further grief and expense; my idealism hopes for a more creative outcome.

One thought on “Squatters in Southend”