I have read and listened to the story of UK’s Ambassador to the EU, Sir Ivan Rogers, standing down, and the various reactions to the news, coming from a variety of sources, with some strongly worded opinions being ventured. Some, typically from Remainers, regretting the decision and feeling he was hard done by and others, typically “Leavers”, supporting the decision, believing it to be the right one. My own view is good riddance and I can’t help think, whether pushed or jumped, it should have been sooner. 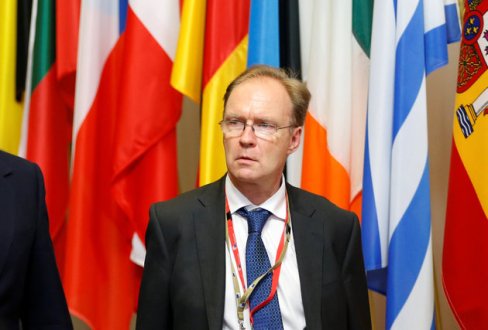 Let me make it clear, despite caricatures such as Sir Humphrey Appleby of Yes Minister fame, I believe most civil servants do a good job and do seek to serve. They are much needed in order to get things done that need doing. It is one thing to lay out values and principles but usually we need expert help to implement them. There is a balance to be struck between Ministers, subject to Parliament and the electorate, making policy decisions and Civil Servants giving expert advice and implementing those decisions.

Sometimes relationships break down. That is what happened in this case and sadly if people can’t work together a parting of the ways is inevitable. We are not best placed to judge on all events leading up to the resignation and should reserve judgment until we do. Reading one report: “Sir Ivan Rogers, UK’s EU Ambassador, Slams ‘Muddled’ Brexit Policy” we learn that “Britain’s outgoing EU ambassador has hit out at the “ill-founded arguments and muddled thinking” of politicians in a leaked final message to colleagues. Sir Ivan Rogers yesterday unexpectedly quit just months after he sparked controversy by warning the Government that a post-Brexit trade deal could take a decade to finalise, and even then may fail to get ratified by member states. And in a lengthy farewell email to his staff, obtained by The Times, Sir Ivan revealed that civil servants still do not know the Government’s Brexit priorities and that “serious multilateral negotiating experience is in short supply in Whitehall” – unlike in Brussels”.

Lack of leadership by government is a concern but comments like: “former minister and Conservative MP Dominic Raab told the BBC’s Radio 4 PM Programme that Sir Ivan’s “heart hasn’t really been in Brexit” and his resignation will be “quietly, cautiously and respectfully welcomed at the top of Government””, considering the weak deal that David Cameron secured when negotiating the UK remaining in the EU, which Sir Ivan played a big part in, and earlier leaked information not in keeping with his position, I am inclined to agree. What Ian Duncan Smith said: “Sir Ivan Rogers could no longer be trusted and had to go, the former Conservative minister Iain Duncan Smith said on Wednesday. The prominent pro-Brexit MP suggested Sir Ivan was right to resign as Britain’s ambassador to the EU because civil servants had to “ultimately” accept that ministers make the decisions” is essentially correct.

I have no doubt that Sir Ivan is knowledgeable and has ability but if he cannot be trusted or is unable to work to the clear mandate that was delivered in the EU referendum, then he has to go. I wish his replacement every success. I remain optimistic that a good deal can be still be struck with the EU. We need good people to help strike it.