I am not one given over much to hero worship and specifically, as far as this blog goes, that of Christian leaders, in particular those who preach and teach. But there are a select few who I particularly rate and I am thankful for because they help to keep me on the right track theologically speaking and provide some of the needed rationale behind my making what often seems a lonely path of being a gospel preaching, community activist. 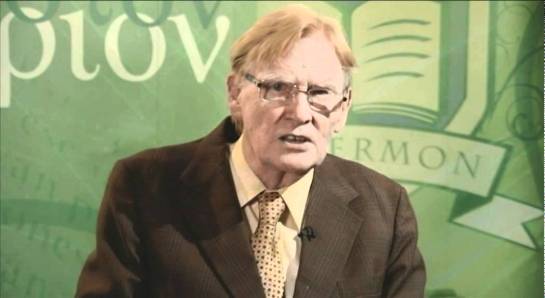 One such person is Alec Motyer, who died recently. It is not my intention here to consider the life and achievements of this remarkable, unassuming man, and for once, Wikipedia, which I often refer to to furnish basic information, I found to be disappointing. Like anyone who died, there are many facets of his life that merit consideration. Concerning Motyer, while it is his teaching ministry that I wish to focus on, this should not be viewed in isolation. He was a spiritual man possessing godly wisdom, a man of prayer, one with a shepherd’s heart, a good sense of humour, who loved his family etc. This as much became more apparent when I watched the recording of his funeral service on Christmas day!

While community activism has in recent years become my particular “thing”, it hasn’t happened in a vacuum. For me, and here I recognize I am in a minority, my theological understanding informs my well intended works in the community that I seek to serve, albeit with mixed success. My oft disappointment is there is a dearth of those who teach the Bible in a way that gets to the heart of what the Bible teaches and is able to communicate this in way that makes it possible to apply the text to the situation one find’s oneself. In my own modest way, that is what I try to do, but I am especially thankful there are people like Alec Motyer I can defer to.

I recall a few months ago coming across a well known liberal Christian leader talking about his life and work. In the Q&A that followed I asked a question (it related to the earlier decision, certain Anglican bishops of a more conservative ilk who decided to disassociate from some of their fellow bishop over the issue of homosexuality, had reached). The response was a on the lines that you can’t take the Bible necessarily on face value. An example this guy gave was that the book of Isaiah was not one book but three, with three different authors, written in three different time periods. As one who has always taken for granted the unity of the book of Isaiah, yet aware of these ideas, it made me want to take stock.

On the subject of Isaiah, it is an interesting piece of trivia that it comprises 66 chapters, the same number as the number of books in the Bible. While I refrain from rating books in the Bible according to favoritism and relevance, if I were to do so, Isaiah is one I rate highly and is a book I often return to in my own devotions and studies, and preach from when the opportunity arise. Indeed, this Christmas time, there have been a number of passages in Isaiah that I have considered to do which is about the coming of Jesus (both the first time, two thousand years ago, and the second time, a time yet to come). One of the things that struck me this time round is the beautiful unity of the text, despite the time gaps.

Which is where Alec Motyer comes in. He has expounded the whole Bible and being the Greek and Hebrew scholar, and great thinker, that he was, had been able to do so in meticulous detail, making a much needed contribution for those of us who wish to dig deep in order to reach a better understanding and when the translations often do not do the original text justice. He was, not surprisingly, a believer in the single authorship of Isaiah, who once made a joke that if when he got to heaven one one were to find him being taken to task by three Isaiahs, he would have to admit he was wrong, but felt it would be unlikely.

One of my resolutions for the new year is to get hold of one of Alec Motyer’s commentaries on the book of Isaiah and read through it. Right now, I am going through Isaiah from my computer, listening to the David Suchet reading of it, via You Tube, and following the text via Bible Gateway. It is and promises to be a blessing. Thank you Alec Motyer for helping bring the Book of Isaiah to life and I hope and pray there will be a new generation that will do likewise, because as is becoming increasingly apparent in the events that are presently unfolding in the world, we need to (re)discover the importance and apply the teachings of Isaiah’s prophecy.