As people know, Israel is a subject that interests me for all sorts of reasons. Check out (here and here) for my more recent blogs on the subject and there have been many more. The problem I have regarding harping on about Israel, when so much else is going on, are manifold. Whilst a subject rarely out of the news, unless there is some new and significant development, it is relegated to the back pages. Much of the reporting is biased and agenda led, whether pro or anti Israel. Notwithstanding, I am a lover of Israel (I believe the Jews are God’s chosen people and the land of Israel promised to them back in Abraham’s day is still promised to them), and yet one of its biggest critics (a stance incidentally adopted by the Hebrew prophets). While anti-semitism and anti-Zionism are not the same, we see today many examples of both. While the former is always unacceptable, I often struggle with second, needing to weigh facts. 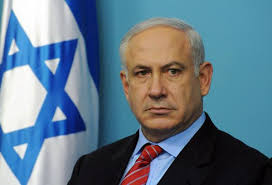 I have recently been having an exchange with a friend, whose views I mainly respect and usually agree with, especially relating to theology, but find that on the subject of Israel we profoundly disagree. He thinks Benjamin Netanyahu (Israel’s prime minister) is basically an ok guy; I don’t. He thinks Israel is more wronged against than a perpetrator of wrong; I disagree, based on stories like one today, which appeared on my Facebook page (see here). He thinks we (the Western powers and individuals) should support and embrace Israel, with few reservations; I on the other hand have many reservations. The gripe I have with my friend as well as with them who think the opposite, is he and they are ignorant of the facts.

My problem (and something that has long bothered me) has been trying to ascertain where exactly does the truth lie and how to balance my belief (at least in principle) for the state of Israel to exist in lands traditionally (going back 4000 years) regarded as Jewish with the concern that all its inhabitants (Jew and Arab or Palestinian) should be dealt with justly. I fear that despite my having read up on the subject a lot more than most I am still ignorant, but in mitigation I find there are not enough hours in the day to come to a fully rounded view. I am mindful, this is a divisive issue among Christians, who clearly do not sing from the same hymn sheet, yet it is the constituency I have most to do with. Ironically, Christians are found both among Israel’s most prolific supporters and detractors.

I have long been of the view that Israel has been treated as a political football for those who have political power and for those who watch from the sidelines, whether pro or anti Israel. Western powers are in an unenviable position, trying to balance not upsetting rich Arab states that are not sympathetic toward Israel but are potential sources of money, and lots of it, and propping up Israel as the one friend they can rely upon to stand up against Islamic extremists and unsympathetic rival powers, like Russia, in supporting their interests. Strangely enough, it is an issue in the US Presidential elections, with revelations that one of Hillary Clinton’s main advisors has been giving her anti-Israel advice. It is also an issue in the current Middle East power broking, where the Obama administration has recently reached an accord with Iran, who is hostile toward Israel. What is as interesting is the USA case, the biggest and most sympathetic Israel supporter, and how much aid they give with NO strings attached, yet seem to be in the pockets of both Islamic and Zionist elements. I suspect it will be an issue when people decide whether to elect Trump or Clinton as President.

Well, having said all that, I have managed to get something off my chest, which continues to bother me with little sign of resolution, but at the same time I recognize there is a need to dig deeper on these matters, and intend to do so. I have no doubt there will be more opportunity to study the issues in the days to come and I hope to engage more with people of integrity, who seek wisdom and knowledge (especially that derived from the God of Israel) on the matter and not merely resort to taking up long held polarized positions. I will continue to watch and pray (especially for the “Peace of Jerusalem”) and speak out against injustice, whether the world ganging up against Israel or Israel oppressing the Palestinian in its midst, because that is what I believe God has called me to do.