This is a question, we ought not to duck! According to Wikipedia: “The red pill and blue pill is a meme representing a choice between taking either a “red pill” that reveals an unpleasant truth, or taking a “blue pill” to remain in blissful ignorance. The terms are directly derived from a scene in the 1999 film The Matrix”. 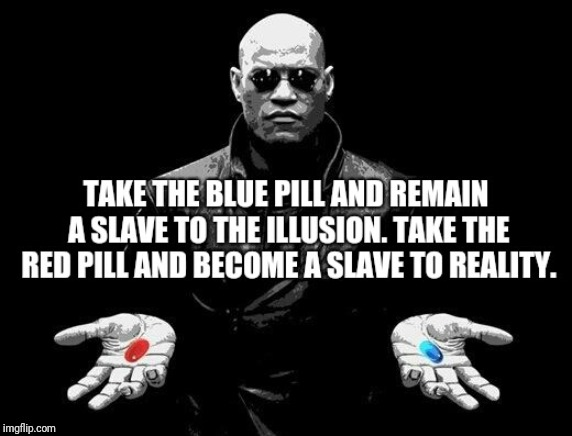 According to Wikipedia: “QAnon is a far-right conspiracy theory detailing a supposed secret plot by an alleged “deep state” against U.S. President Donald Trump and his supporters. The theory began with an October 2017 post on the anonymous imageboard 4chan by someone using the name Q, who was presumably an American individual initially, but probably later became a group of people, claiming to have access to classified information involving the Trump administration and its opponents in the United States”. 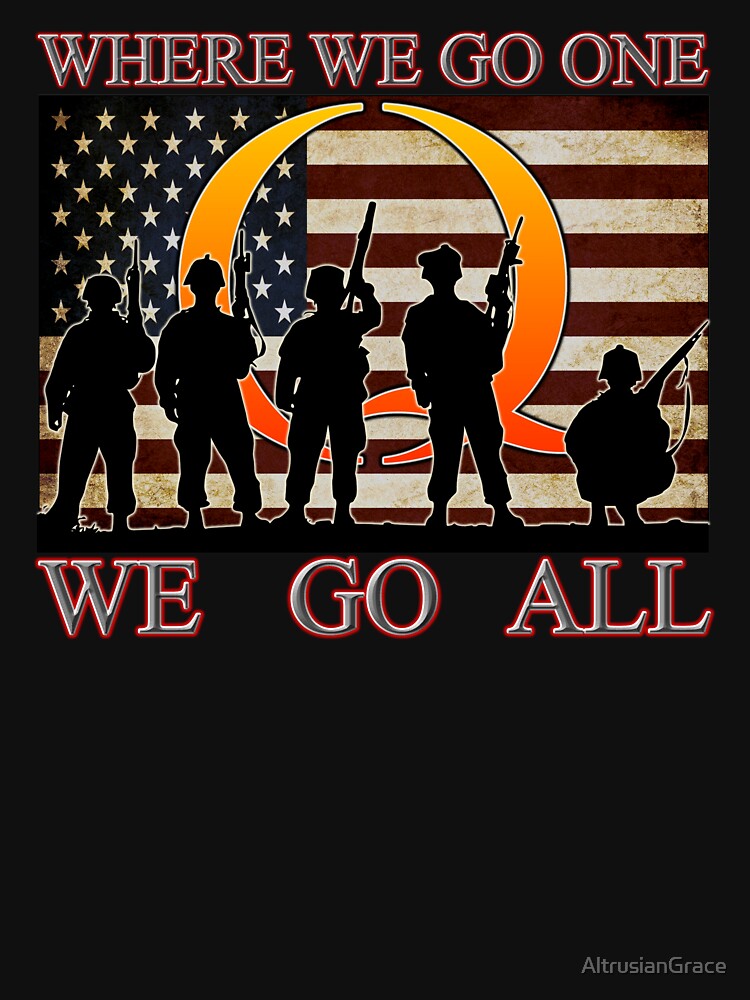 Earlier today, I shared on my Facebook page a Guardian “hit piece” about QAnon, titled: “Down the rabbit hole: how QAnon conspiracies thrive on Facebook” and prefaced it saying: “So a number of my loony, luvvie, liberal friends (well two actually) have posted this with a knowing comment on the lines, I know where you wacky conspiracy theorists get your ideas from. So here is my answer – I do follow Q although not religiously and I do think a lot of what Q says makes sense and dare I say it, demonstratively so. So here’s where I stand. Red pill and blue pill is where we are at in our culture. Test and weigh is where I am at as a facebook sharer of the dubious, if you are like the author of this hit piece and are going to call out Q sympathizers. But also to watch and pray. Trump may be a key to freeing us from tyranny, but you need to repent and put your trust in the Lord God Almighty, who I was told in Sunday School has the key to all unknown. Have a nice day folks and take time to pray the Lord to have mercy on us, because if it was mere justice we would be doomed”.

One of my astute but not much in agreement friends commented: “I understand your ideas about the red and blue pills (borrowed from the Matrix, directed by the Kowalskis, two transgender siblings) an idea appropriated by the right to convince people that satanic, pedophile, liberal elites are running the world – of course this would mean entirely denying the world as it is now, where we see conservative financiers royally screwing the developing world, denying science, especially climate change so they can continue with their rapacious pillaging of the planet, while right wing, repressive regimes abound everywhere – how can they convince you it’s not their fault and that they should be given even more scope to ruin everything? Why, easy – just convince you it’s the fault of hidden cabals of demonic liberal elites, the puppet masters behind everything – even thought the right are in control practically everywhere… it’s just a matter of the red pill or the blue pill – just make sure you aren’t colour blind!” Other people chipped in with other thoughts, supportive and otherwise, and this included a challenge to my pessimistic view of where I see the world to be heading if it were to continue on its present trajectory.

Of course, my friend makes good points, although I would say the conflict is not between right and left but rather good and evil. But long ago, I came to a view things are not what they seem. And not so long ago, I woke up to the realisation there is a global conspiracy, orchestrated by Satan, to enslave humanity and bring about the rule of the AntiChrist. And it is not just QAnon, supported by well known conspiracy theorists, like Alex Jones and David Icke, saying that but there are other sources, mainstream even, like Tucker Carlson and Eric Metaxas coming out with stuff other mainstream media and the elites that try to control the culture not only do not support but ignore and twist to further their nefarious agendas. Since Covid lockdown, while I have continued to watch and pray and to blog on what I find (and there is a huge amount going on) I have been more restrained recognising the need for more emphasis on prayer.

I think I’ve said enough for now on Covid and BLM. I wanted to do a new instalment in my Boriswatch series but it is too depressing. Not only is Boris and his gang like annoying children in their ineptitude in providing the leadership my country so desperately needs right now, their providing mixed messages, their pride, arrogance and patronising twaddle, but, from where I observe, society as a whole, including the church, have been sucked in. If I have hope, it is what is going on in America and the fortunes of one Donald J Trump, who appears to have the measure of the black hats. If QAnon is correct, Trump is winning (we would not get impression from mainstream news and the omniscient elites that claim to speak on behalf of the Christians) and the amount of flak he is drawing is proof that the bad guys are not pleased. Before folk bite my head off, let me say that my trust is in, and yours should be too, the Lord God Almighty.

Another Facebook friend, on a separate and unrelated thread, commented: “Yes, this world is forever changing, and THE NEW NORMAL is thrust upon us whether we like it or not, but in Christ Jesus our only real hope is found. Biblical hope is a future certainty. Just as Christ Jesus visited this earth in bodily form all those years ago to save us, so He is returning very soon to take those who are truly believing to be with him in God’s New World Order….THE COMING KINGDOM. This is my Blessed Hope! I hope it is yours. “…looking for the blessed hope and glorious appearing of our great God and Savior Jesus Christ…” Titus 2:13”.

While I am not completely on the same page as this friend (I can’t say for sure Christian believers will escape the global apocalypse soon to be coming our way and it is better to be prepared), I am confident though God’s New World Order will be hugely better than any human New World Order that may arise out of the events we are currently witnessing and any hope we have must be in the Lord. I continue to adopt my hope for the best and prepare for the worse mantra but my views remain that the world truly is in Satan’s grip and only by our turning to the Lord, who is not mocked, and Him having mercy, can we find respite from the evil cabal that QAnon and its like warns us of and averting the judgment that we deserve. 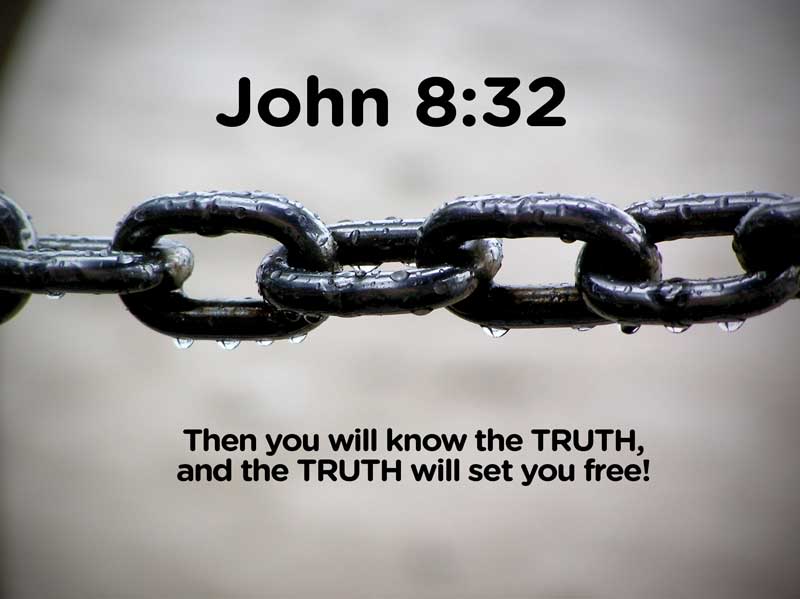 As for choosing between taking the red pill or the blue pill, for me, it is a no brainer and I am already committed – I have taken the red pill and am experiencing the painful consequences. But it will only be for a season. While humility is needed (we don’t know it all – far from it, and conspiracy theories are just that, until proved facts) and so is wisdom (there is a time and place to act or speak on what we do know and hang fire when we aren’t altogether sure), the words of Jesus “the truth will set you free” is what drives me onward.

One thought on “Red Pill or Blue Pill – which one will you take?”