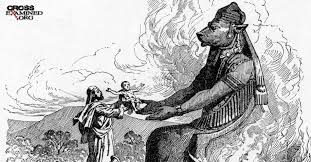 According to Wikipedia: “Moloch is the biblical name of a Canaanite god associated with child sacrifice, through fire or war”. I will say more about Moloch later, but firstly an explanation of why I am posting an article on what is a difficult and sensitive subject …

Earlier on today, I shared an article on my Facebook page titled: “OVER 50,000 CHILDREN RESCUED BY MILITARY, OUT OF TUNNELS BENEATH U.S. CITIES”. One friend gave it a thumbs up because she is already believing this to be the case and another friend gave it a thumbs down, because he saw this as yet another example of yours truly sharing fake news and being an embarrassing Christian. I will repeat, I like to treat my Facebook page as a repository of stuff I come across, often when “on the road”, but I would like to return to (when I have time at my computer). I hope friends and followers can accept this (I keep reminding them), and check out, albeit with the “test and weigh” caveat, if this is something that interests them. But I have been brought to task for sharing stuff that doesn’t pass the (is it) “true, necessary and kind” test I set myself when I started doing regular Facebook 6 years ago. Since that article doesn’t meet the test, I have replaced it with this.

The issue of abortion is one I feel strongly about and one I see as central to the culture wars we are in. I have noted in recent years a growing acceptance of the practice, including allowing abortion up to full term. Every political party in the UK is guilty of this and the cries of the babies aborted are not ignored by the Almighty and the mess we are in right now because of Covid-19 is partly due to divine displeasure. A similar concern may be raised concerning child abuse. Sadly, we probably all know people who have abused children and been found out, often to our surprise. It is more pernicious than that, sadly, as often that abuse is by high powered, well organized cabals, who continue to get away with their crimes because they can. Jimmy Saville and Jeffrey Epstein are merely tips of the iceberg.

And because they can is why it has taken so long for their crimes to come to light and for the many rather than the few to see men like this for what they are. The same goes for the UK sex grooming gangs in Northern cities. People who ask questions are ridiculed or worse and such is the corruption of mainstream media that they more often than not don’t touch these stories and neither do the authorities who one might hope would, because their bosses tell them they mustn’t, for they too are part of the evil cabal. In the US, when people sought to expose Pizzagate, about a Pizza restaurant being a front for a child sex operation, they were ridiculed and their accusations were exposed as bogus. I think it also goes to show when trying to expose these evils we need to be wise given what we are up against. Somehow though, I doubt we have heard the last of Pizzagate and my hope is that the truth will be revealed and the innocent rescued. So here we come to conjecture, rather than hard, solid, proven beyond all doubt fact and is why I have taken down the article that I had earlier posted on my Facebook page.

The story relates to an military undercover operation, using the opportunity afforded by the Covid-19 lockdown, to rescue horrifically abused children in their droves, imprisoned deep underground, not yet murdered by their abuser – and with the huge number of children going missing each year, it is not difficult to see how this can be achieved. Incredible – certainly. True – we will know one way or another soon. Concerned – absolutely – when we consider the high stakes politically motivated games going on, e.g. building the wall on the US southern border to combat such activity, but more importantly the abuse taking place, which is on an industrial scale (if this is true). Moreover, if the unthinkable, it involves the good and the great then it will place world events into a shocking new light. As for evidence, having followed alternative media as I long as I have and trying to connect the dots, my position is … I have seen and heard enough to raise alarm bells and many of my questions have gone unanswered. I hope I am wrong but what if the shared videos is NOT fake news and my concerns are valid?

Back to Moloch, in my recent research for my book “Prophets of the Bible” the worship of Moloch, along side that of Baal and other false gods, is a recurring theme when we read of God’s dealing with Israel. The fact the Canaanites worshipped Moloch and followed the abominable practice of child sacrifice was all to evident, as was God’s severe judgement on the Canaanites and on Israel when they adopted these practices, which they did. In this age of skepticism, it would be all too easy to dismiss the notion that there is a modern day resurgence on Moloch worship. Given what we are seeing, I am pretty sure there is. I am not saying “pro-choicers” and child abusers are Moloch worshippers although some are, but killing of babies before they are born and abusing and worse children is of the Devil. 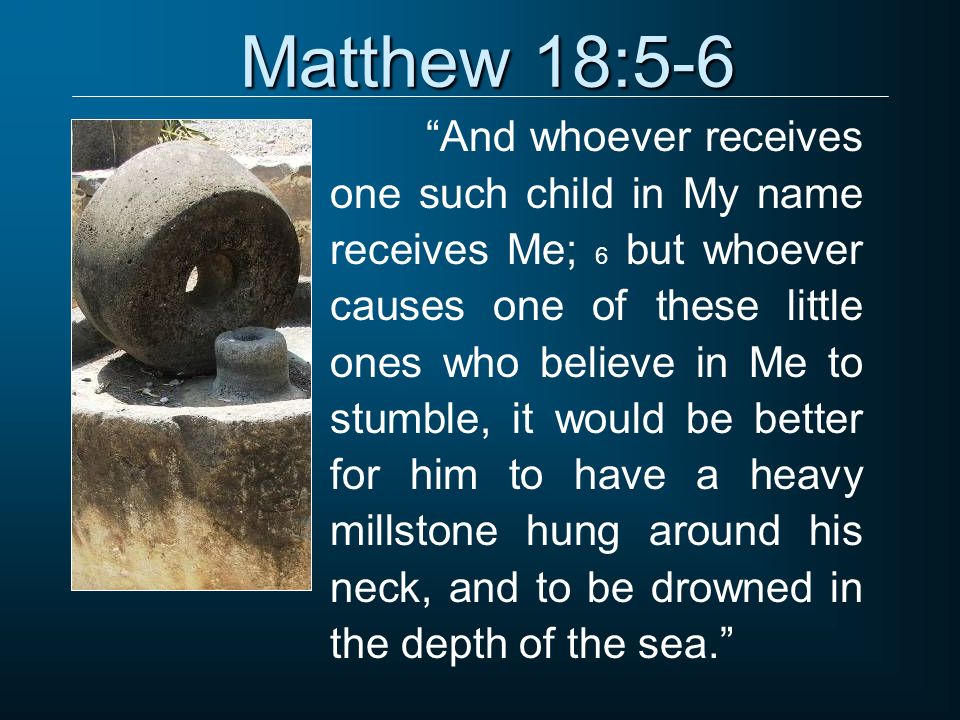 When I became a Christian, aged 15, my youth leader, who was delighted with my decision chose to give me a pep talk. One of the Bible verses he shared with me was that above. I do not know to this day why a man of who I have good memories should have chosen to share such a text, but the warning given has never left me. I hope and pray for the sake of the often forgotten little ones who are being (euphemistically) stumbled that there will soon be a turning point. That the Almighty is trying to get our attention, I have little doubt.