Among the fascinating studies in the Bible are those involving the Kings of Israel and Judah. 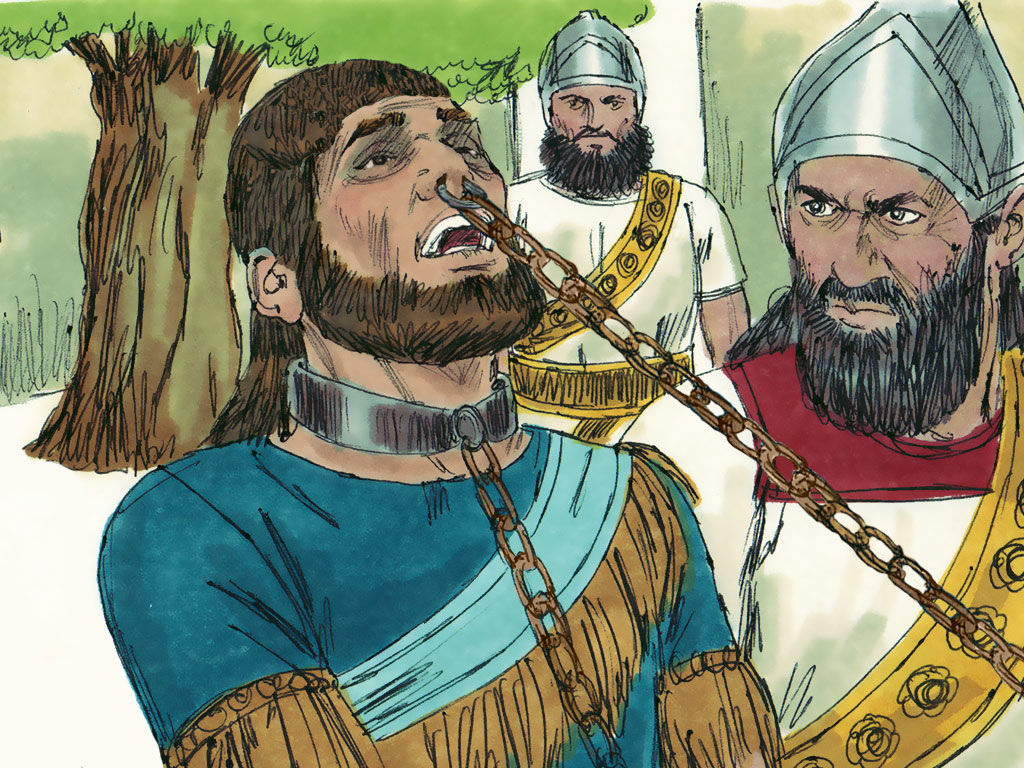 It is a little simplistic to say the kings were either good or bad and, more often than not, the fortunes enjoyed or otherwise by people in the land had a lot to do with how well the king behaved, but it often appeared to be the case. The kings of Judah were a mixture of good and bad, while those of Israel were all bad. Yet sometimes bad kings had good points and good kings had bad points. Sometimes a king started off good and turned bad later and, on rare occasions, a king started off bad and turned good. In this study, I want us to consider one that might be seen to fall into that latter category – Manasseh.

Manasseh came to the throne of Judah, aged 12, and reigned 55 years. His father was Hezekiah, who was reckoned to be a good king. His son was Amon, who was reckoned to be a bad king, whereas his grandson, Josiah, was regarded as a good king – one of the best, but whose son, Jehoahaz, was bad, as were the last three kings after. If there is a lesson to learn, it is while we might expect to find children  following in their fathers’ good or bad steps, when it came to the Kings of Israel and Judah, this proved often not to be the case.

The writer of the Kings unequivocally condemned Manasseh, in who he could see no redeeming features, and had nothing good to say anout him. As far as he was concerned, Manasseh’s evil character and awful legacy were clearly seen through his actions: “And he did that which was evil in the sight of the Lord, after the abominations of the heathen, whom the Lord cast out before the children of Israel. For he built up again the high places which Hezekiah his father had destroyed; and he reared up altars for Baal, and made a grove, as did Ahab king of Israel; and worshipped all the host of heaven, and served them. And he built altars in the house of the Lord, of which the Lord said, In Jerusalem will I put my name.  And he built altars for all the host of heaven in the two courts of the house of the Lord. And he made his son pass through the fire, and observed times, and used enchantments, and dealt with familiar spirits and wizards: he wrought much wickedness in the sight of the Lord, to provoke him to anger” 2Kings 21:2-6

The writer continues in similar vein about Manasseh’s wicked reign and refers to warnings given by the prophets (he is said to have ordered the death of Isaiah) and God “will forsake the remnant of mine inheritance, and deliver them into the hand of their enemies” 2Kings 21: 14 and ending: “Moreover Manasseh shed innocent blood very much, till he had filled Jerusalem from one end to another; beside his sin wherewith he made Judah to sin, in doing that which was evil in the sight of the Lord.  Now the rest of the acts of Manasseh, and all that he did, and his sin that he sinned, are they not written in the book of the chronicles of the kings of Judah? And Manasseh slept with his fathers” 2Kings 21: 16-18.

When we turn to the Book of Chronicles, much of what we pick up in Kings is confirmed: “But did that which was evil in the sight of the Lord, like unto the abominations of the heathen, whom the Lord had cast out before the children of Israel … And he set a carved image, the idol which he had made, in the house of God, of which God had said to David and to Solomon his son, In this house, and in Jerusalem, which I have chosen before all the tribes of Israel, will I put my name for ever” 2Chronicles 33:2, 7. But a new and positive aspect is brought out which we do not read in Kings: “Wherefore the Lord brought upon them the captains of the host of the king of Assyria, which took Manasseh among the thorns, and bound him with fetters, and carried him to Babylon. And when he was in affliction, he besought the Lord his God, and humbled himself greatly before the God of his fathers, And prayed unto him: and he was intreated of him, and heard his supplication, and brought him again to Jerusalem into his kingdom. Then Manasseh knew that the Lord he was God” 2Chronicles 33:11-13.

Chronicles ends up telling us of how Manasseh began to undo much of the evil he had initiated before being taken captive although, as we read on, we see some that evil legacy is passed down and the kingdom of Judah will reap the consequences. We might ponder why Kings and Chronicles differ in their accounts although reasons have been suggested in my reflection: “Why study the Book of Chronicles?” For the amazing thing is however bad a person is, and Manasseh was very bad, one of the worst kings, that person can have his life turned around. God is in control and can orchestrate and use events like Manasseh’s humiliation under the Assyrians to invite his repentance and turning toward God.

The truth is, God can and does have mercy and there can be and was transformation. Whether it is Paul persecuting Christians, the dying thief on the cross and any number of sinners down the ages, which is all of us and includes those of the worst kind, if they turn to God, He shows himself merciful and as one who wants to and does bless. While the story of Manasseh confirms all of this, there is a warning too. The damage he brought about could not all be reversed and the consequences of his past evil lived on. If there is one more lesson to apply, it is not to delay dealing with wrong doing in our lives.