This is going to be a bit convoluted and while some of it will be hard hitting and controversial (nothing new in that of course) I also want to be sensitive to the grave situation we now find ourselves in.

But first I start with “the end is near” (or nigh) and please forgive my Homer Simpson meme, but it is the best representation of those concerned, well meaning folk I recall seeing in my youth who were ridiculed for walking in public carrying that sign. While none of us know when the end will be or the actual details, the Bible does tells us to: “prepare to meet thy God“, Amos 4:12, for a day is coming when we will have to stand before God the Judge. Given my current writing project is to produce a book titled “The Prophets of the Bible”, I am naturally interested in end times prophecy and see the connection with current events. This was a reoccurring theme among the Old Testament prophets as well as something Jesus spoke of (e.g. Matthew 24) and is the main theme of the Book of Revelation, about which there are many conflicting interpretations.

We are less than a quarter of the way through 2020 and already there have been all sorts of events that are reminiscent of happenings referred to in these prophecies. Few will have predicted so much of profound global significance would happen in such a short period of time, the latest being the Corona virus. This affects all of us to a significant extent and regarding which there are many different aspects to consider, not least because all of us know all too little to provide an authoritative assessment of what needs to happen by way of a response or can predict what is going to happen and the full extent of what is now deemed a global pandemic.

On 3 January 2020, a United States drone strike near Baghdad International Airport targeted and killed Iranian major general Qasem Soleiman. As of 13 Feb 2020, more than a hundred bushfires have ripped through Australia before rains helped contain many of the worst fires in February 2020.  And these two random events were just the beginning. Also in February, in the UK, there has been alarming flooding, causing some to cite man made global warming as a cause, and we aren’t out of the woods yet. Right now, there are plagues of locust around Africa of biblical proportions. Events are happening around the world to an alarming extent, including (at least for me) an escalation in Christian persecution and the threat of elements within Islam. There is the migrant crisis on the Greece and Turkish border. Israel is never far from the news and neither is the hatred toward it by some of its neighbours or the prospect of an ambitious USA brokered peace agreement. As for cuture wars, to abort or not the unborn, sexual orientation and identity, free speech, false ecumenicalism, socialism or conservatism, globalism or nationalism etc., these are fiercer than ever. Another alarm bell concerns the proposed letting out of the contract to build UK’s 5G network to Huawei, wholly controlled by the Chinese government, with senior British figures being paid off in return for their support.

But the big one for most is COVID-19 (Coronavirus), with fear and panic already set in, with widely differing approaches to how to deal with a threat that is likely to escalate, bar divine intervention. While I may be shot down with what I am about to say, I do not purport any special qualification to say what should or should not happen other than being a watchman on the wall. The first thing to mention is my concern for the group I have a lot to do with – the homeless, who cannot sit out at home the worst effects of Corona because they do not have a home to go to and to commend the Homeless link advice: “COVID-19 (Coronavirus) Outbreak”. The second thing is to pass on the share by some of my church leader friends (meme above). As for closing schools, cancelling events, preventing travel, self isolation and even more drastic actions, I will leave that to the “experts” to decide the best approach, mindful the decisions are never going to be easy and will depend on developments.

As for best Christian practice, I found the story “Faith and courage in response to a deadly virus”, when in 1665, the people in the remote Derbyshire village of Eyam voluntarily quarantined, with some paying the ultimate price, the example of the Christian doctor in Wuhan who was there at the outset and died trying to help those affected and the example of two of my favorite Christian leaders of the nineteenth century, E.B.Pusey and C.H. Spurgeon, who tirelessly ministered to those affected by the 1853 cholera epidemic. My most controversial statement is not to trust the authorities unreservedly. I suspect there is a lot about what caused the Coronavirus outbreak we don’t know, but just with 9/11 it is likely not all is what it seems and I suspect there are malevolent elements who will exploit the situation and, who knows, helped to orchestrate it, who seek to profit, control and tyranise as a result.

Please excuse my Corporal Jones from Dad’s Army meme, but he was right in this regard – not to panic. A more reflective response to our dealing with the Coronavirus is this article: “C. S. Lewis on the Coronavirus”. The best response perhaps is to follow the advice of the Psalmist: “He that dwelleth in the secret place of the most High shall abide under the shadow of the Almighty. I will say of the Lord, He is my refuge and my fortress: my God; in him will I trust. Surely he shall deliver thee from the snare of the fowler, and from the noisome pestilence. He shall cover thee with his feathers, and under his wings shalt thou trust: his truth shall be thy shield and buckler. Thou shalt not be afraid for the terror by night; nor for the arrow that flieth by day; Nor for the pestilence that walketh in darkness; nor for the destruction that wasteth at noonday” Psalm 91:1-6. As for fear, let it be of God rather than threats to man! 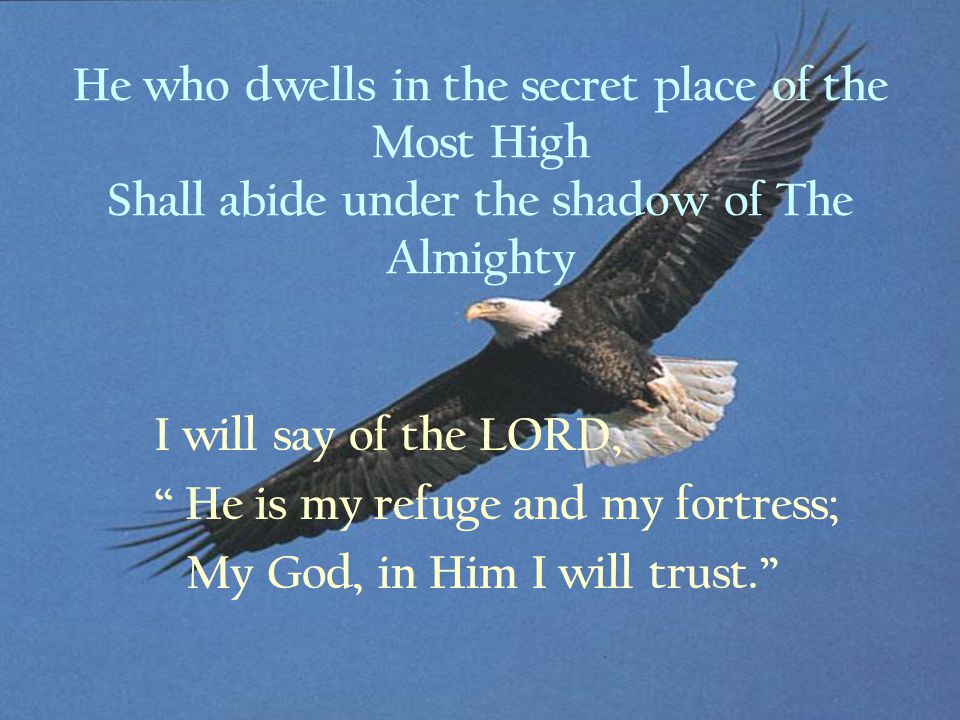