I should imagine the few people reading this can be put into a number of categories. I am addressing my remarks principally to Christians in the UK who can vote, although I dare say my remarks could have a wider appeal. Some will have already decided who to vote for; some may not, especially in the light of Brexit or other factors that are prevailing at this time, including local ones; and still others will not vote out of apathy (don’t care), principle (we are citizens of heaven or democracy is a sham) or it won’t do any good whoever gets elected (despondency) or because they don’t like any of the parties or candidates (not uncommon). Some will rather vote for the best candidate irrespective of their party (and that is fine). 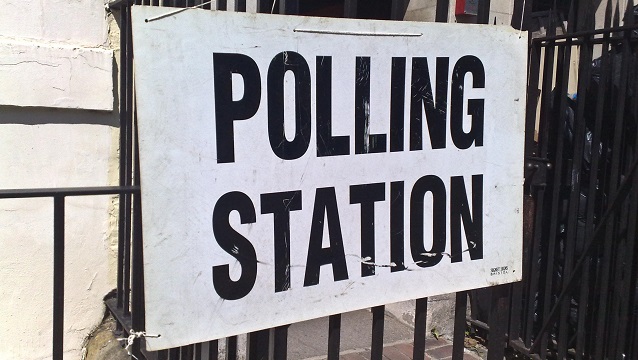 In the lead up to the election, I will comment on the issues facing us and may even say who I will vote for and why, but for this post I intend to focus on principles to consider, recognizing Christians like most groups in society will have widely differing and often well thought out and sincerely held views. Some of course won’t have thought things through as they should, and that is a regrettable by product of our system. If I were a minister, in that I were leading a Christian congregation, it is quite likely I would confine future remarks to principles rather than practice, so not to stumble people.

But I don’t face that constraint, but even so I recognize there may be many factors that need to be balanced and depending on ones approach and values we could reach entirely different conclusions. Sometimes we have to keep quiet when people make what is in our view unwise voting decisions; for we need to maintain civility. I should add that I am a bit of an oddity as I have often voted for who I deem as the best candidate irrespective of party affiliation, although I recognize most do so on a party basis as the party who gets most seats is then traditionally the one to form a government, although then again our current “first past the post” system may mean some will vote tactically to avoid a worst possible outcome.

As I have pointed out before, as a teenager I became politically active (Labour) but after I got religion my mentors instilled the notion that to be so was unchristian and I needed to focus on eternal rather than temporal matters. Thereafter, I drifted rightward and oscillated around the centre, considering myself a political neutral who these days recognise politics are an important part of my community activism. I never became party politically active but respected those who did when their motive was to serve those around them. When I later reflected, I came to a view the stance of my early mentors was flawed in that many were closet Conservatives and if they had really studied the Bible they would see voting for the person or party that could do the most good can and should be about loving our neighbour. Yet nowhere does the Bible tell us how to vote and who to vote for; and that is not surprising given in Bible times the norm was not democracy; rather it was autocracy, and while we should serve God first we should also obey our leaders.

I quibble with Christians that conclude either Conservatism or Socialism is the right approach, arguing God is God and is above politics even though, whatever transpires, he is in control over world leaders. I also question the notion of voting on a candidates position on a particular issue. While I am pro-life I can see situations where I might vote for someone who isn’t. While Old Testament theocracy may seem closer to Conservative values, as the State had limits on what it could force people to do, it only worked when people feared God, such that the “haves” looked after the “have nots”. While the practice of the New Testament church may seem closer to Socialist values, one should remember when people pooled their possessions in order to provide for the have nots they did so freely and were not beholden to all too flawed government for their actions. While it is true that the Bible speaks much about justice and is why some Christian friends are left leaning politically, it seems to me that when government takes over it often gets it wrong and where government is concerned it is as much to do with sound governing, national security and people being able to live in peace.

I can say that right now I am undecided who to vote for. While I am a Brexiteer, I don’t think the Conservatives can deliver on Brexit and their indifferent stance on matters like providing Council houses (a pertinent local issue covered in my last blog) and their ambivalence on a number of social justice issues makes me anti Conservative. But because I find Labour to be flawed, because its socialism wrongly sacrifices human liberty to control by the State, and its policy on Brexit quite wrong, and their allowing abortion right up to full term this makes me anti Labour. As for Lib Dems rather than offering the best of both worlds, I find them too often offering the worst. More recently, I have found their de-selection of candidates holding pro-life views etc. and regressive progressive views on transgender and abortion for example as outrageous. I have similar qualms with the Greens, including over their climate emergency fixation. As for the newly formed Brexit Party, while I agree with their clean break Brexit stance, they are an unknown quantity on many important issues. I don’t live in Northern Ireland but if I did I might vote DUP. Neither do I live in Scotland but if I did I wouldn’t vote for the SNP; nor do I live in Wales and won’t be voting Plaid Cymru. All this is imho of course; I realise many Christians will disagree!

My point I am making here is not so much to give my views on these important issues, and there are so many more that needs to be considered, e.g. economy, security, social justice, NHS, housing, immigration, foreign policy, and environment and an important principle I discovered 10 years ago in the Manhattan Declaration: “A Call of Christian Conscience is a manifesto issued by Orthodox, Catholic, and Evangelical Christian leaders to affirm support of “the sanctity of life, traditional marriage, and religious liberty” (see here). I have found no party or individual gets it all right (at least imho) and it often comes back to who can govern best, so it is back to trying to find the best balance and from my own Christian perspective coming to a view what party / candidate is most closely aligned to Kingdom of God principles (a biggie to be sure).

While I warm to Churchill’s view, the truth is the best form of government is when God is in control and is why Christians should be working for the Kingdom when His will is done. We should not be putting our trust in flawed politicians but rather be trusting God. Sometimes, and as much as it may pain us, those who the people do elect are not aways the most worthy. While we may want to influence the debate our own contribution may be very limited. But for us, we aspired to follow God’s agenda; not that of man and work for His Kingdom and be at peace because He is in control. What is needed now is to consider the above, weigh the issues and prayerfully decide which party or person is most likely to deliver, but with due humility recognising those close to you may disagree and despite your best intentions you won’t see the entire big picture. People will conclude differently, including some not voting at all, although not to do so (even if it means spoiling one’s ballot paper) would be tantamount to reneging on one’s responsibility (imho).

In conclusion: I will not and cannot tell anyone who to vote for, although I can respectfully suggest issues that could / should be considered. In the final analysis, it has to be up to the individual and his / her conscience and leave the rest to the Almighty.

Afterthought 28/11/19: Since writing this I have blogged on my own thoughts on how I would vote, the main players and my hopes for an electoral outcome but I should emphasise that these are my own personal perspectives applying the principles above. Let the last word go to John Wesley, which resonates still, to this day:

“October 6, 1774. I met those of our society who had votes in the ensuing election, and advised them:

1. To vote, without fee or reward, for the person they judged most worthy.

2. To speak no evil of the person they voted against, and

3. To take care their spirits were not sharpened against those that voted on the other side.“