As intended, I managed to get to the count following polling stations closing 10pm last night. I arrived 11pmish and left 2amish the following morning, soon after the last of the 17 ward results had been announced. As I had hoped, I met a number of old friends and some new ones, and that was very nice. While there is a serious intent behind the count, it serves as a social occasion for many who attend. There was a generally congenial atmosphere even when tensions were palpable. A good omen was while there were some personal antipathies and a sense of gloating that the Conservatives were getting their comeuppance, people of different parties seemed in the main to get on, leaving me to hope they will set aside differences for the good of the town. Something I picked up on previous occasions is the number of old timers at the count who in their day played a significant part in civic life but due to age etc. have now passed on the baton to the young, who we should honour. 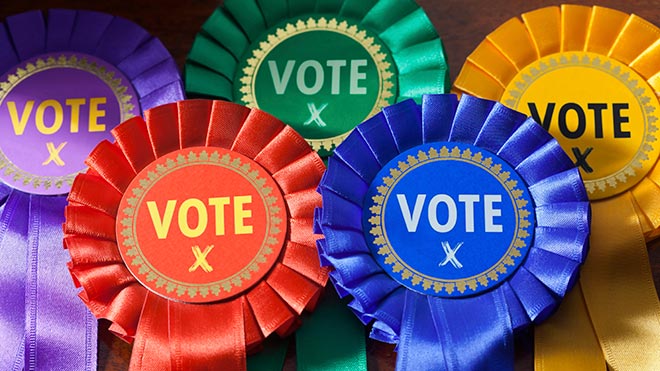 The expected Conservative trouncing did occur (see here for the results) and it wasn’t pretty, but the trouncers weren’t altogether who I expected. While 11 of my 17 predictions in my “Southend 2019 Local Elections – thoughts and predictions” blog post were right and might be considered respectable, it was not good enough to expect people to want to sign me up as a pundit. Where I went wrong was expecting a reaction to the current Brexit debacle that would see UKIP doing well, which did not happen, and rather dismissing the LibDems as having had their day and not helped by their anti-Brexit stance, who as it happened did well. Not only did the Lib Dems do well (picking up three seats) but so did the Greens (significantly upping their voter share) and the Independents (picking up three seats), in line with the national picture. Even Labour did moderately well (they won three additional seats) and did not quite suffer the set backs seen elsewhere. All the nine gains were at the expense of the Conservatives. As predicted, we are about to see the re-emergence of the Rainbow coalition, almost certainly comprising Labour, Independent and LibDems (o to be a fly on the wall when it comes to witnessing the trade offs about to happen).

The change in Conservative fortunes was perhaps the highlight of the evening.  Two who can be regarded as veteran councilors, James Courtenay and Jonathan Garston lost their seats as did others and except for Meg Davidson and Tony Cox who won comfortably, those who did win did not do so by much. But the night must go to the LibDems, who I had foolishly discounted. I was particularly pleased that Paul Collins managed to win Eastwood as irrespective of his politics he for one has in the past served well. There were remarkable Independent wins at Conservative expense, by Keith Evans, Ian Shead and Steven Wakefield, with veteran councilors Ron Woodley and Paul Van Looy winning comfortably. So comfortable in Paul’s case that I need to cough up for the homeless, having lost my bet. And again, mention should be made of the Greens increasing their voter share, with the thought their time will come. While UKIP will feel disappointed having hoped to pick up the votes of many of those feeling betrayed because of the way the main parties have handled Brexit, their time may well come in the EU elections on 23rd May, although this time they will be up against the new Brexit Party. On that matter, the main parties will need to take note this was an extraordinary election given voter anger, but with the LibDems doing well it is by no means clear that the overwhelming voter consensus is for the UK to leave the EU now.

Interestingly, the voter turn out while down compared with last time, wasn’t by much and was not as bad as some expected (even so – disappointing low). The other interesting point was the speeches following results being announced, each with a common element of thanking people. These were a mix of good and bad, long winded and pithy, with elation and disappointment all being emotions that were aired. But actually, these were mostly worth listening to and a tradition worth keeping. In the main people listened respectfully, although there was some cheering and occasional mild jeering. The biggest disappointment for me was right after the final result was announced, people were disrespectfully chatting and not listening, and the PA was not that good, making for difficult hearing.

I was glad I attended what I still see as the best show in town and look forward to interesting days ahead and hopefully with local issues being tackled in a way that best benefits the town, by this disparate group we call the Rainbow Administration. I should say commiserations to those who lost out. Some did not expect to do so or were victims of people showing their contempt of main parties, so even more so. People like Ian Pope in St Lukes (and there were others too) canvassed particularly hard as did Alan Hart the totally Independent in Westborough, and with little back up, and those like Judith MacMahon, who has served well as a councilor for many years. She needs to be thanked, as have other councilors who lost their seats. And congratulations to those who did win, especially to a number of newbies. I hope they enjoy their time as councilor but never to forget they are there to serve those they were elected to represent and the vagaries of politics is such there is no guarantee remaining as councilor when they are up next time for re-election.