Yesterday I shared on my Facebook page my thoughts concerning a posting by the Barnabas Fund: “I was trying to share the following from the *** because it represents how I and they feel and the right approach for Christians … “Please pray for our Muslim neighbours in New Zealand who have suffered so grievously in the *** mosque killings. Christians are called to love all our neighbours and we reject all forms of violence, including anti-Muslim hatred.” However, when I tried Facebook gave this message … “You can’t share this link *** Your content couldn’t be shared, because this link goes against our Community Standards If you think that this doesn’t go against our Community Standards, let us know”… Which is rather regrettable.” Today, I shared a somewhat harsh reflection on my Facebook Timeline by right leaning US cultural commentator Dinesh D’Souza: “Any act of terror is evil. But if a Muslim guy shot up a church in New Zealand, it would not be news here. The media is going crazy over this mosque attack for one reason: it fits their narrative. Muslims good, white man bad! So part of the story here is how #FakeNews is made”. 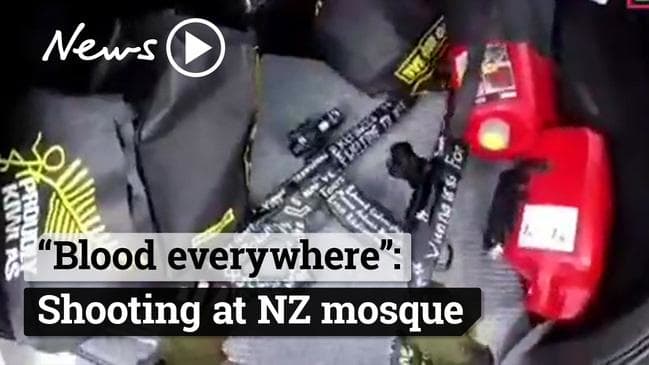 As for people writing about the murder by a lone “white supremacist” gunman of Muslims attending a mosque in Christchurch, New Zealand, which ended with 49 people killed and 20 injured, and about which happening was recorded by the perpetrator live on live stream, these are many (see here and here for neutral comments on what was happening and the reactions by some of the good and the great of this world). I deliberately cite these above two of many of my Facebook feeds in order to make points I will get to. But first and foremost, in the light of what I want to say, which may prove unpopular with some, I want to add my voice to the shock, horror felt by many and my wanting to stand with and pray for those affected by this atrocity. I have made the point, because it needed to be made given what I say may be seen by some as controversial, that when attacks, albeit nowhere near on the scale of what took place in Christchurch, took place a few years back on one of the mosques in my town (Southend), I took practical measures to stand with my Muslim neighbours, believing whatever one’s beliefs are they should not have to endure violence etc.

Already some have made political capital out of what happened e.g. pushing more gun control and accusing Trump of stirring hatred with his ban on Muslims. This is wrong, other than that which will provide practical measures to prevent similar re occurrences and which will allow people to worship free from harassment etc. In my first share, I was surprised I could only share when I replaced some innocuous terms with “***”, intrigued partly at what was it Facebook found offensive, although allowing it some benefit of the doubt given the sensitivity of the situation. I have already stated that freedom of speech is important and while I understand that certain things should not be allowed on social media because of the harm that results, I regret what Facebook deems unacceptable and what I consider to be are often not the same. As for my second “share”, D’Souza is right inasmuch bad people exist in all racial and “ideological” categories. As horrible as this massacre was, just as bad atrocities are happening the world over and this is hardly ever covered by mainstream media. For example, I see little outrage over this story: “‘Pure Genocide’: Over 6,000 Nigerian Christians Slaughtered, Mostly Women and Children” or answer to the question: “Where is the worldwide outrage and mourning for Christians in Nigeria, The Philippines, and Egypt?”

We need to be angry at what happened one day in Christchurch but we need to also be angry at what is happening every day in Nigeria and other “hot spots”. As for calling out the right over the actions of one man, who incidentally declared himself to be pro Communist, anti Christian and anti Conservative, we should also do the same over the antics of radical leftists and Islamists. As for the attacker, even if he does support some of the things right leaning folk stand for, that feeling is far from being reciprocated. What is needed, as always, is a balanced approach and a measured response. As for opposing Muslims as people and Islam as an ideology, as I recently argued, the former is wrong and the latter is needful. But I hope fair minded people from all sides of the ideological divide can/should agree the recent events in New Zealand and Nigeria are intolerable and we should stand together in opposing such wickedness.

One thought on “Thoughts on the Christchurch mosque massacre”