Some years ago I threw my hat into the ring when it came to offering a view about same sex relations and, to cut to the chase, on the controversial question: is gay sex ok and, nearly as important as a “leader” in the church with a particular interest, how should the church respond? I wrote my thoughts in a book titled “The Gay Conundrum” but since then lots of water has flowed under the bridge and I have also blogged a number of times when controversial issues have been raised, and I have offered a view. 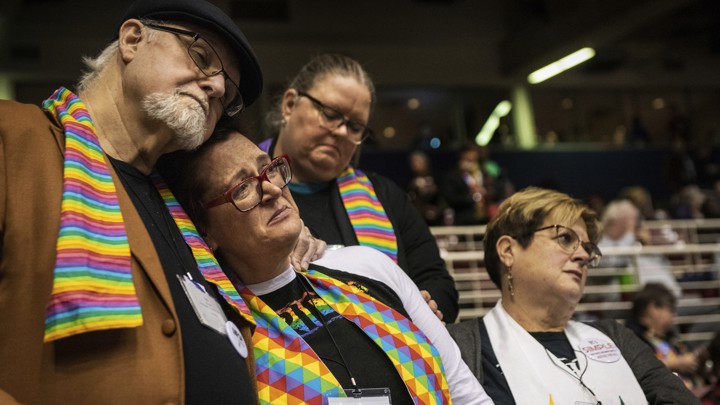 There is no doubt that the position of “the church” on homosexuality has shifted. While some churches have stuck to traditional teaching on the matter, others have shifted in line with societal leanings and have become a lot more accepting of same sex relationships. This is a big and important subject and not one I have sought to duck as it has profound implications, although if I had kept quiet it might have led to a quieter life. It seems to me that Christians should be beholden to teach the truth and this is unchanging despite changes in what society deems acceptable or not, and it must be done despite facing opposition etc. It is true some Christians are gay and there are pastoral implications, something I have found conservative types often not always good at dealing with. It is likely that coming down either way on these questions will lead to further division and splits.

I not been much involved in Methodist set-ups although I know many who have been. While the John Wesley version of Methodism that focused on preaching the gospel of sin, repentance, forgiveness and salvation, the need for practical holiness, evangelism, small group discipleship and a methodical approach to church government, ministry and mission seems to resonate a lot less these days, there are many still, who are arguably Methodists in the Wesley mode, especially from second and third world countries, who emphasise these things. At the same time there are many leftie, luvvie, liberal types (I know because I have met them) who are more concerned about issues like social justice and inclusion and are more inclined to go along with an LBGT agenda (whatever that is). Also, Methodism has many branches and factions (which is outside the scope of this article to discuss), but which brings me to one major strand and a momentous decision that has recently been reached.

In my social media feed was an article titled: “Conservative Christians Just Retook the United Methodist Church”, which begins: “the mainline denomination voted on Tuesday to toughen its teachings against homosexuality, same-sex marriage, and LGBTQ clergy. It must now decide whether it will stay together”. One “friend” perhaps over jubilantly wrote: “Methodists reject Sin, keep Biblical values … John Wesley is celebrating in heaven that most Methodists still believe in holiness. “The United Methodist Church will maintain its official position that homosexuality is contrary to Christian teaching, in a decision following days of contentious debate over the issue,” reports Christian Post. “For the past several years, the UMC has been embroiled in an emotional debate over whether to change its stance, as outlined in its Book of Discipline, labeling homosexuality ‘incompatible with Christian teaching.’ “Delegates at the UMC special session of General Conference, representing all of the global denomination, voted Tuesday to reject a measure called the ‘One Church Plan,’ which would have allowed regional bodies of the denomination to determine their position on homosexuality. “Instead, delegates approved the ‘Traditional Plan’ in a vote of 438-384. The Plan maintains the denomination’s stance against homosexuality, gay marriage, and the ordination of noncelibate homosexuals while promising to better enforce those rules…”

My reaction is mixed. On one hand, I welcome the church’s reaffirmation of biblical (according to my understanding) Christianity. Like many who share my views, I do not wish to be triumphalist about this. There are heterosexual sinners and there homosexual sinners but both are called to repent of ALL sin but if God says no to gay sex then no it must be. Whatever the ungodly say we must obey God rather than man. Whatever our sexual orientation or inclination happens to be, that can only find fulfillment (if we are into obeying the Almighty) in the marriage between a man and a woman. I do recognize as a result of the decision there will be many who are hurt (as depicted in the image above) and there will be all sorts of pastoral implications and that pertaining to church discipline. There is the painful inevitability of schism even though the “right” decision was made. Given the way the church as a whole is leaning, and I would have deemed Methodists more in the liberal, progressive mode than the sort of churches I have been part of in recent years, I was surprised, albeit pleasantly, by this decision, and heartened by it.