A few days ago I posted the following meme on my Facebook page: 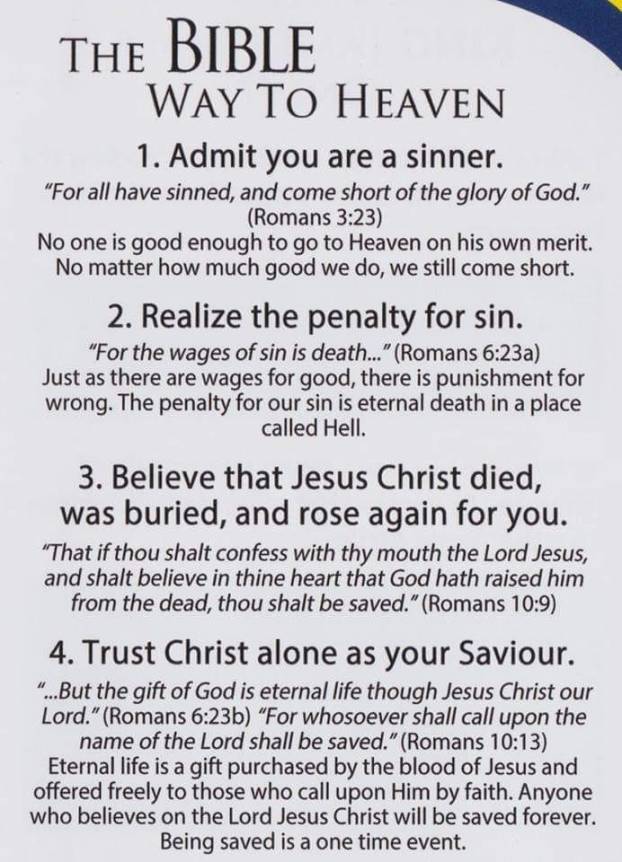 I often post, on all sorts of subjects, and invariably it is something that strikes me as important and might benefit some who read my page. I got different reactions ranging from how refreshing it was to see a direct and hard hitting gospel message posted on social media to there are many different aspects of the Christian message that needed to be shared and we should seek balance and not emphasize one aspect of the message of the Bible at the expense of another.

It got me thinking about the message that we (as Christians) should be sharing / preaching and reflecting on the different styles and preaching interests I have come across during my lifetime. I have to declare an interest: while I am not a church minister in the commonly recognized form, I have done a lot of preaching in my lifetime, starting from soon after I was converted at the age of 15, and have listened to many times that number of sermons, ranging widely in style and substance. I should also add that to be able to preach (the Gospel) is a wonderful privilege and an awesome responsibility. But rather than give a measured, well thought out theological treatise on the subject, I thought it will help to tell my story. When we know people’s stories, we understand them better.

I began my Christian journey under the auspices of the Plymouth Brethren. We met at a placed called “the Gospel Hall”, which is pertinent as preaching the gospel, as my early mentors understood it, with no frills, at the Hall was often deemed to be its most important activity. The main service in those days was the 6.30pm Sunday evening gospel service, which in hindsight was a pity. Let me first say: the preaching of the gospel is vitally important, and I concur that when it comes to preaching to the unconverted, variants of the message included in the above meme may well be appropriate, and as far as that particular service went that was the message that was invariably preached. The problem was that while in the early days there were the unconverted to preach to, by the time I arrived in the late 1960’s that was not the case. What this impressionable youngster needed was to be taught how to live the Christian life and my faith built up. What the church needed to do was escape its holy bubble and find the unconverted to preach to.

Even so, the church was strong on the Word and there were other services where this was shared along with the encouragement to study the Bible (something I recall with gratitude as I embark on a 20 week teaching program on the kings and prophets of the Old Testament, at the church I now attend). Another thing the church did was to encourage its young men to preach and from an early age I got to preach in the open air and help lead services. I well recall being once taken aside by one of the elders who reminded me of the Bible passage to preach the Word in season and out of season, and always be in a position to share appropriate parts of scripture when opportunity arose, and this has never left me. Another aspect drilled into me was an aversion to liberals and Catholics, and as far as many of my mentors went, most of the churches in the town were in those camps and accordingly needed to be avoided as being unsound.

In later years, I migrated back to the same church I began my spiritual journey at. I remained there until four years ago when it closed and I had to find another church to join. When asked, I sometimes tell people (tongue in cheek) that I began with the Plymouth Brethren and have ended up with the Strict Baptists, but in between I have been involved with many different types of churches, encompassing a variety of preaching emphasis and styles. While I have preferences and views as to what is good and bad preaching, I recognize there is a place for variety and what any preacher should be thinking about is whether his/her message is going to encourage his/her congregation to become closer to God, and be built up in his/her faith in order to best serve others and the Lord. The one thing I remain averse to is when the word is compromised, neglected or misrepresented for whatever reason, as sadly happens too often, and as a result the hearers suffer. I also recognise that it is one thing to preach the Word and another to live it and is our great challenge, and that is what the World is watching.

When deciding where to go when my “Gospel Hall” (later renamed Chapel) closed, unsound teaching was what ruled out a number of churches, although I have also come to a view no churches preach 100% all that is needed. It was also important to find a spiritual home. I ruled out one well known church, which I respect, not because it was unsound on doctrine but the preaching was predominantly anecdotal and biblically lightweight, whereas I felt it needed to be more expository. There is no simple answer and while I respect the preaching at my own church, I realize there are subjects that ought to be covered that aren’t. One of the sadnesses though, and getting back to the original meme, is we have had a number join us who have attended churches that emphasize social justice and inclusion and being nice and feeling good etc. but say very little about the seriousness of sin and the need to be saved. I suppose if there is any advice I could give to preachers, it is that our pre-occupation must be to honour the one in whose name we preach and seek to point our listeners to the Lord Jesus Christ.