Rather a mouthful, but that is the name of an organization that began in 1915, which emphasizes praying for Muslims around the world, understanding what is going on in the world where Muslims live and are influential, and supporting missionaries who work among Muslims and those affected by Islam, including an increasing number who convert from Islam to Christianity and who face many challenges, often due to harsh impositions by Islamists.

It happened that this weekend, just gone, they held their annual conference (Friday to Sunday), which I attended. While I have been critical of Islam as an ideology and concerned about the negative affect this has on the culture, I am also committed to befriending Muslims (and have several Muslim friends), praying for the Muslim world and those coming from a Muslim background, especially who change their religion, and understanding the complexities and intricacies of what is going on in the world as it relates to Islam. Some of these themes I have already began to take up in my “Immigration and Islam” e-book. For these reasons I joined 60 others at a conference that tried to better understand what is happening and to pray. This was held at the High Leigh Conference Centre, Hoddeston, Herts, a superb venue in a lovely setting. 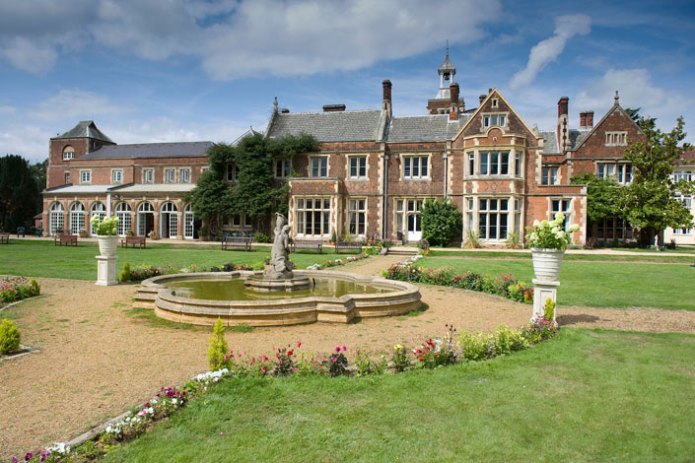 These days, I don’t attend many events outside my immediate area, especially residential ones, and despite certain hurdles I was determined to attend this one, given what has transpired in recent years. Wherever I turn, Islam is a significant factor, in a way that was not true only a few years ago. Whether we like it or not, Islam in the UK (well over 5% are now reckoned to be Muslim with the projected rate of growth which is fast growing suggesting in not many years time the UK will become predominantly Islamic) is a formidable one and impacts hugely and disproportionately on life in the UK, even though most are unaware or have been sold the narrative that the influence is a benign one. The purpose of this article is not to elaborate why I believe these things to be the case or cite backup evidence, although there is much that can be cited, but rather to say broadly what I gained from attending the conference.

Meeting likeminded people and those who have something worth sharing when it comes to the Muslim world and who are desirous to seek the Lord on matters of common concern (and there were many – “those” and “matters”) was an important outcome from attending. We literally covered all four corners of the globe, where Islam was a relevant factor, and some countries in detail. Not that expanding on my knowledge was an end in itself but at least by doing so I am better able now to pray and talk intelligently about Islam. It was humbling to meet many who had sacrificed much to serve the Muslim world and to listen to them sharing their stories, which included tales of sadness and woe as well as hope and joy.

There were three outstanding speakers who shared matters of importance and things I was unaware or barely aware of. Firstly, there was Sam Solomon, who is an Islamic scholar, well versed in the Koran and its various interpretations. Pertinent to the conference was his sharing the various forms of jihad and how this had a profound impact on British life and confirmed my own thoughts how the establishment had sold out to Islam and why they are not keen when people challenge the official narrative. Sam left us in no doubt that Islam is more than a religion but a system that is set to take over the country and indeed is already doing so. Secondly, there was Pastor Ladi Thompson from Nigeria (with links to the Chibok kidnapped girls) who provided us with a fascinating insight in the history of Africa and the dilemma it currently faces. One of his themes was how two hundred years ago the likes of William Wilberforce and the Clapham Sect, working with the “Sons of Africa”, who were often freed slaves, made inroads in freeing Africa from some of the shackles that bound it, but Africa is bound today and there seems little to free it from that bind in the light of powerful forces that would subjugate it, that is evidenced by modern day slavery, pillage etc., and with Islamification as one of the binding factors, and how a new movement drawing upon the inspiration and fervor of the past is now needed to reverse this trend. Thirdly, there was Baroness Caroline Cox, who shared some of her work in the House of Lords e.g. concerning the consequences of Sharia Law and women rights as well as some of her humanitarian involvement in a number of Islam dominated countries around the world. It was a pleasure to meet this humble lady, who has been a long time hero of mine, and at 80 is still going strong with her can/must do approach. I was not disappointed.

My head is still in a whirl at what I took in over the weekend although my overall sense is one of refreshment. It helped to reinforce the notion that it is right for me to better understand Islam and the effects of Islam on the culture. As a community activist resolved to fight in the culture wars, which includes facing a strange cocktail of liberal fascism, rejection of Christianity, embracing globalism and of course Islamification, such exposure was vital. While there is much that is happening that needs challenging, the need to befriend and winsomely engage with Muslims and understand their hopes and concerns is important. The fact the culture and the church are ignorant of these things, is a challenge. While these matters are naturally daunting, the prayer dynamic of the conference reminded one that God is sovereign. It was good to be exposed to the truth even when painful. While there is a place for being “nice” it is truth that sets us free and needs proclaiming.