I started to take an active interest in politics in my early teens (during the 1960’s). While I sort of got the idea of checks and balances and therefore the need for two legislatures: Commons and Lords, it did somewhat grate that the Lord’s were not only unelected but the great majority were there merely because their title had been handed down to them from their ancestors, who did nothing more than being well in with the monarch who was reigning at the time. Some members contributed very little yet received prestige and allowances for being a Lord. When I studied British Constitution at O’Level, I was persuaded that despite the apparent unfairness of it all that the Lord’s did a good job when it came to keeping the government of the day in check, providing a different perspective on things and pointing out where it was flawed on some proposed law and needed to think again, and did not oppose what was in the manifesto the government was elected on. This was helped as far as I was concerned in that Life Peers had been recently introduced and my political hero, Harold Wilson, appointed quite a lot of them. 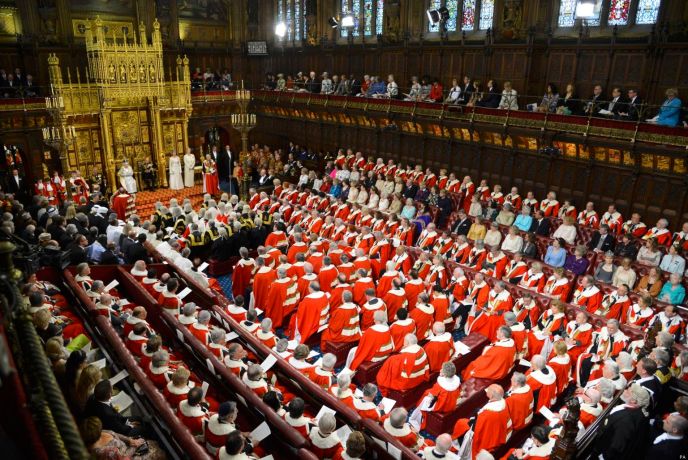 One of the big shake up of the Lords in recent years was under the Tony Blair administration, which significantly reduced the number of hereditary peers and instead appointed peers to serve based supposedly on merit regardless of political affiliation and having something worthwhile to offer the nation by becoming a Peer. Whether this turned out to be the case, I have my doubts, as I do with the whole honours system. The bottom line is, and excuse me for being blunt, is sometimes scum get enobled and the really good guys and gals get overlooked, because the people who do the appointing are either blinkered or have their own agenda. I wonder how many become Peers simply for doing their well paid and secure jobs (sometimes badly) or ingratiating themselves to the established political parties by giving them money or simply towing the party line?  In fairness, there are some many excellent Peers who have made outstanding contributions to Public Life. Baroness Cox, Lord Shinkwin and Lord Dubs all spring to mind and no doubt there are many more. Seeing the Lord’s generous response to the recently departed Tessa Jowell, herself a Peer, after her speech on brain cancer, was heart warming, and I daresay strong arguments can be forwarded that the Lords remain an important and valuable institution, and still provide that much needed checks and balances.

I raise the matter of the Lord’s relevance in the light of a string of government defeats concerning Brexit. I do not claim to be able to reel off many of the issues the government were defeated on and whether these were concerning matters the government were obligated to deliver on because it was the will of the people, but my understanding some may well have been and rather than provide a constructive corrective the Lords have put in the way an obstructive obstacle to the sort of Brexit I understand the people mandated the government to implement. I also got thinking whether the Lords of today is nearer or further away from the Lords I remembered in the 1960’s. That older version were from the higher echelons of society but arguably no more than the current crop that have come up in the world. My late mother, herself a lifelong Labourite, recognized the former group tended to have true class and the latter tended to be mere upstarts. I would add that same group of hereditary aristocrats who often could trace the lineage for several centuries had good family reasons for understanding what was good for the country and wanting it and what wasn’t and not being sucked into the latest fads (something this 15 year Trotskyite would never have seen). It seems to me that while Mr. Blair may have been right in wanting to reform the Lords, he didn’t get it right and that is where we are now!