One of the stories that particularly stood out for me in my Facebook newsfeed yesterday was by “The Free Thought Project”, which while I disagree with strongly at times and yet does not appear to have an obvious left or right, Trump or anti-Trump bias, often raises matters of importance that I wouldn’t know about other than from following the very media that our leaders want shutting down. The title was: “Colossal Pedophile Ring Busted, 900 Arrests, 300 Kids Saved — Corporate Media Ignores It”. It begins: “After a nearly two-year investigation, 870 suspected pedophiles have been arrested across the world, and least 259 sexually abused children have been identified in the wake of major underground online global pedophilia network being taken down, according to the FBI and European authorities”. 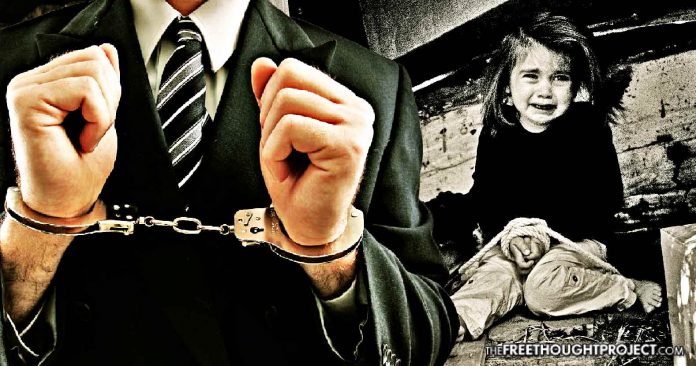 It continues: “Unsurprisingly, this massive pedophile bust has failed to crack the pervasive US media censorship regime, as not a single mainstream corporate media source in the United States has reported on this story. Perhaps, within those 900 sickos, there are some folks who have enough power not to let their names out”. While this should concern good people across the political spectrum I could help notice that yet again the US President is delivering on his promise to “drain the swamp”: “Speaking to the scope of the problem, after President Trump held a press conference in February, in which he detailed his plans to go after the victims of the human trafficking epidemic”. It makes the salutary point: “As the Free Thought Project has consistently pointed out, pedophilia among the global power-elite is rampant. In February, the Free Thought Project reported that the police chief recently came forward and confirmed that the former Prime Minister of England, Sir Edward Heath, had raped dozens of children”. In summing up, it adds the also disturbing point: “Make no mistake that illegal spying and wholesale collection of American data allows for that very control system whereby the elected officials, who appear to be in control of our state apparatus, are nothing more than puppets who are blackmailed over their depraved pasts and bribed by the unelected power centers that pull the strings from the shadows”.

Protecting our children is important and as I found out recently safeguarding them might mean sacrificing some individual liberty, and one can only hope the guilty especially the worst offenders are brought to justice and the innocent are protected. The scandal that also came to light yesterday when several NGO’s including Oxfam were taken to task as a result of good investigative journalism that they were, albeit unwittingly but not always, into child trafficking in the aftermath of the 2010 Haiti Earthquake, is indicative that preying on the vulnerable, and in this case minors, by the powerful who use their power to (so they hope) escape being brought to account, is a very real issue for our times. I fear even with these revelations we are still only scratching the surface, and while we need to avoid acting precipitously that this is the time to act. Furthermore, mainstream media needs to be called out for Fake News, in this case its preoccupation with lesser matters, pursuing its own agenda and ignoring that which is going on that truly matters.