I have just been listening to Thursday’s edition of the BBC Radio 4 Today program on catch-up. At different points the interviewer, John Humphries, interviewed Tony Blair and Norman Lamonte (two influential politicians from the past and neither my cup of tea). In fairness to Humphries, his approach was firm and fair and gave two people offering opposite viewpoints an equally hard time. This was refreshing as I have taken the BBC and this program in particular to task in showing bias e.g. on subjects like Brexit. 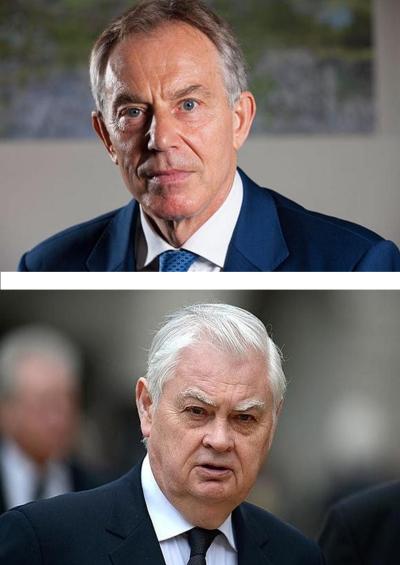 While the interviews covered some of the salient points of the hour in this long running Brexit saga, the one I wish to pick up on is the point made by Blair (and rightly homed in on by the interviewer) that once the outcome of the Brexit negotiations had been made known, whether or not we accept this should be subject to a further referendum. LaMonte argued this was politics at its cynical worse and this should not be so and practically speaking is a further delay tactic aimed at finally getting the UK to remain in the EU.

Listening to the two men with their widely contrasting outlooks, my antipathy toward Blair has been reinforced and as for LaMonte I feel encouraged that we have a champion of what needs to happen. I continue to be perturbed by weak leadership on Brexit negotiations (and much else besides in UK political life) and hope that the will of the people be carried forth without undue delay or backtracking, and we reject the arguments of globalist elite types like Tony Blair.